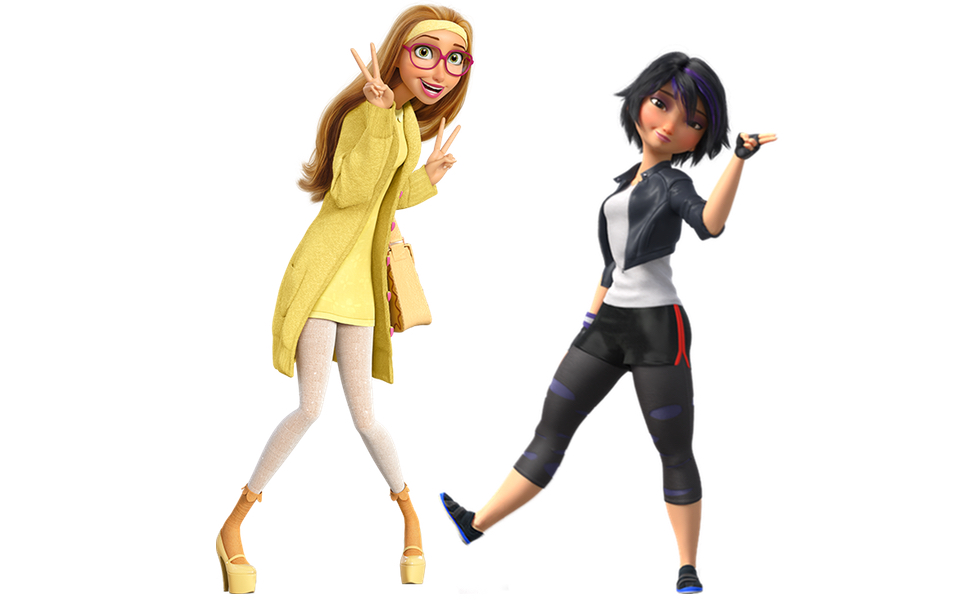 Walt Disney’s Big Hero 6 is a film that is based in a fictional city called San Fransokyo, where the protagonist, Hiro Hamada, teams up with his friends and creates a superhero group in order to find the person that set fire to a building that resulted in his brother’s death. Big Hero 6 is unlike any other Disney movie because it shows two strong female characters,  Gogo and Honey Lemon, who are as far away from damsels in distress as you can get.

Gogo and Honey Lemon send out a message to young children about how women can be powerful too. They are two female characters who are not only the main characters best friends, but are also science majors who are at the top of their class. Disney has had a history of making women out to be damsels in distress, but Big Hero 6 depicts a more realistic picture of how women really are in the real world.  Both characters do not have boyfriends, and they are not used in a romantic subplot at all. In fact, they do not even bring up liking any males or wanting a boyfriend. Both characters also are not used as unnecessary deaths to help accelerate a man’s story arc. They focus on helping Hiro come out of his depression, and the inventions that they make in the science lab.  Children can look at these two characters and see themselves in them and they can idolize characters who speak volumes for being a strong, intelligent female.

Both women were drawn completely differently, and it helps children identify with someone that looks like them. Gogo is Asian, short, curvy, has purple streaks in her hair, and she wears all black. She also has an attitude and constantly uses the phrase, “Woman up!” when fighting the enemy with the rest of her friends. She is outspoken yet quiet, and she uses sarcastic humor (which adds a sort of comic relief to the film as a whole).

On the other side of the spectrum, Honey Lemon is as feminine as a person can get. She is Hispanic, thin, tall, and she wears a lot of pastel clothing. Honey Lemon is known as the kindest character in the film. She is sunny, outgoing, and as cute as a button. Her personality brightens up the day of all her friends because she’s a ray of sunshine. Honey Lemon has one famous quote from the movie. She says, “I believe the world can be made into a happier, and much brighter place, through the thorough application of nature’s toolbox—chemistry!” 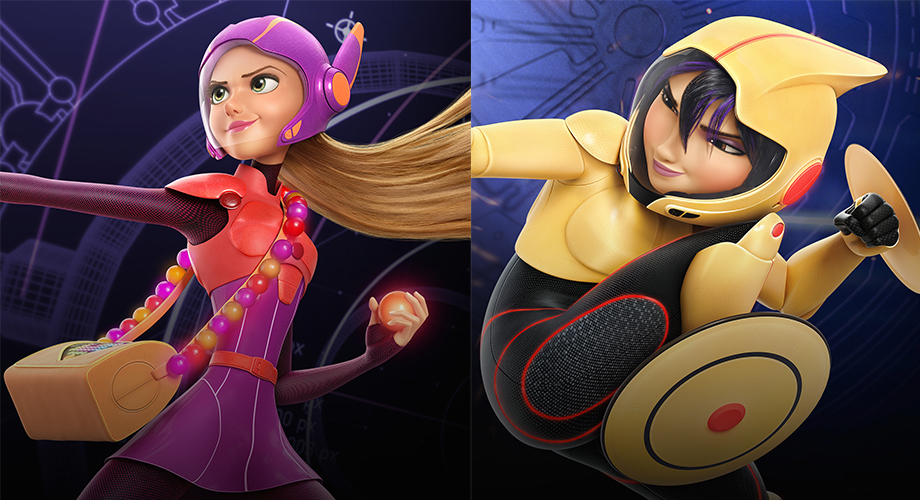 Because both characters are so diverse—it really helps reach to all types of young girls. Gogo proves that a girl does not have to fit the stereotypical gender norm of looking feminine, while Honey Lemon proves that you can still be feminine and smart.  Because the females fit into such a broad range, it really helps young girls learn that it is okay to look however they want to look.

More importantly, it helps young girls understand that it is okay to be smart and take charge, especially in a male dominated fields—like the sciences. So many little girls and teenagers stray away from the “manly” majors like sciences and math because they think that as females they cannot do them, but these two characters open up a new world to little girls who would never think about being a scientist when they get older.

The girl power that is shown in this movie is unlike anything that Disney has ever done before. Both characters created groundbreaking weapons that were completely tailored to fit their personalities. Gogo creates discs that she uses as wheels to go fast during battles. She also uses the discs as weapons and as a shield to protect herself! Honey Lemon creates balls that can do different things because of chemical reactions—and keeps them in her pink purse for when she’s fighting foes with her friends!

Because of this, young women can see the movie and think about new inventions that they can make. Little boys can also learn from watching Gogo and Honey Lemon in action. Their characters depict strong females that are smart, know how to fight for themselves, and do not care about men at all—so little boys can watch and learn that girls can do anything that they can do. It helps them in learning about equality and prevents them from growing up with any sexist ideals. Gogo and Honey Lemon help spark imagination in young people not only because of their looks, but because of their wit as well.

Big Hero 6 is the first Disney film in a long time to show just how important representation is. By adding two strong female characters—they helped shape a norm for young girls who are growing up watching the movie.

With Big Hero 6 sparking a flame for positive female representation in movies, hopefully a fire will start soon enough. Women need to be depicted in positive lights.

With the rise of 2017, let’s let go of the ridiculous damsel in distress archetype that haunts females.

An Open Letter To Anyone Who Has Been Sexually Abused

Where Is the Honor In Honor Killings?