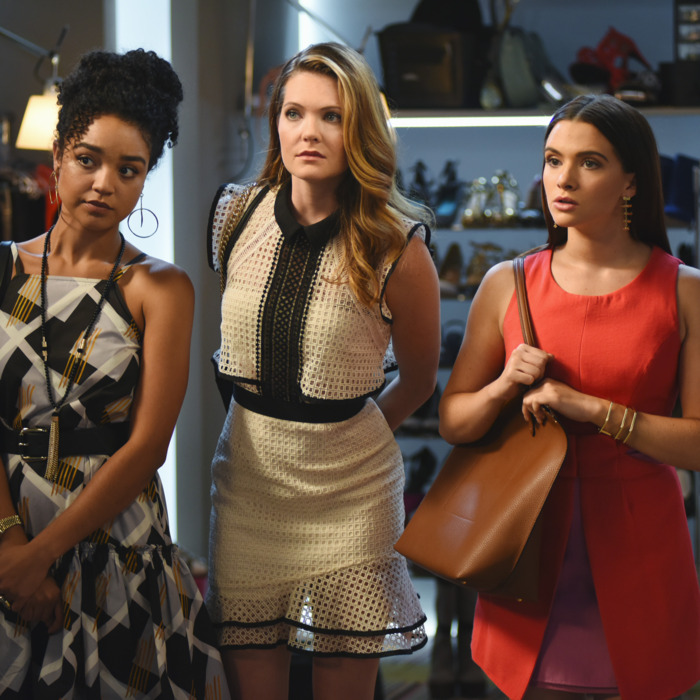 It’s a show about women being brave, taking risks and finding their voice. The Bold Type should be on everyone’s watchlist.

The Bold Type stars a trio of young twenty something millennials, navigating their careers and love life as they work at a glossy women’s magazine called Scarlet. Yes. I’ll admit it sounds cliché, and you’re thinking, aren’t most shows like this anyway?

What makes The Bold Type so vastly different is that it’s willing to explore things in society that particularly pertain to women whilst also maintaining humour. From sexual harassment and the #MeToo movement, to orgasms, lack of women in executive positions and issues relating to religion and sexuality. It even goes on to tackle issues such as immigration, breast cancer and race.

What makes this show so remarkable is how despite its silliness and comedic outpour, it delves into issues we need to talk about with such expressiveness. What the Bold Type lacks in its plot lines, it makes up for with its loveable characters and their zesty personalities.  If that doesn’t make you want to binge it then I I’m not sure what will but let me see if I can convince you.

Every show has those friends that make you fall absolutely in love with them. Shout out to Meredith Grey and Cristina Yang! The Bold Type is no different. Imagine what it would be like working with your best friend? Well Kat, Sutton and Jane don’t have to. Having met as entry level assistants four years prior at Scarlet, Kate (spunky social media director played Aisha Dee), Jane (overlooked writer played by Katie Stevens) and Sutton (fashion department maven played by Meghann Fahy) these girls practically carry the show on their back. Forget the romance, I’m here for the friendship.  They do things like sneak into a fashion stock room and spill the tea over a bottle of red wine, take bathtubs high whilst still dressed, and pull out a stone yoni egg out their girl’s vagina. How many of you can say your friend would do that for you? That’s not even remotely the craziest thing they did. Much like any other friends, they argue and say hurtful thing but despite their friendship being messy, it’s all unconditional love.

As an aspiring journalist, this drama really appeals to me because one day, I’d like to be my own version of Jane Sloan too. With the exception of the yoni egg thing of course (no thank you). As a young adult myself, it’s exciting to see these girls explore their career options and ambitions. When we first meet Jane in season 1, she’s struggling to get her value as a writer recognised. However, by season 2, she manages to take the freelancing world by the reins, get hired by Insight a more edgy digital media only to get fired when her first story hits the snag. Kate snatches herself a promotion and steps up the ladder as a manager, even facing an instance where she had to fire someone. But Sutton has to be my favourite of all. A diamond in the rough fashion assistant, Sutton decided to break up with her boyfriend in favour of her career. “It’s a gamble, but I am putting my money down on my career,” she tells him. “And believing that love will fall into place.” It is so pleasing to see a woman put more emphasis on her career than a relationship.

The bold type explores relationships in a bold, funny way that is all seen from the perspective of the woman. There are love triangles, a woman seeking her first orgasm, and even the overly used trope of ‘assistant is secretly dating her boss’ is refreshing because it’s explored all from the point of Sutton, challenging the double standard intrinsic in these relationships. But the most compelling relationship has to be Kat and Adena (Nikohl Boosheri), a fashionable Hijabi that uses her art to voice her daring opinions, Adena and Kat run into each other at work and fall helplessly in love. I love Adena because her identity as a Muslim is not used to represent a derogatory or biased stereotype about Muslims. Instead, her character has so much more depth and dimension that extends outside her faith. Not everything is cantered around her religion or sexuality, but she confidently owns her Muslim identity and her lesbian identity simultaneously.

Women supporting other women is something we hardly see in tv shows or movies. But in The Bold Type, this stereotypical trope of ambitious women being pitted against each other in competition is left at the door. The entire series shows the women being endlessly supportive of another rather than being judgemental. Sisterhood is a powerful thing, and the Bold type shows what women are truly capable of when sticking together. If the trio are the feminist soldiers, then Jacqueline Carlyle (Melora Hardin) is their fearless general. Her Miranda Priestly demeanour can you make think she’ll stare into your soul. She certainly has the fashion sense, sharp wits and takes no hostage manner, but Jacqueline is a great multi-dimensional character that is shown to be this nurturing yet firm mentor and mother figure. If I had a boss like her, I would be more than happy to turn up to work every day too.