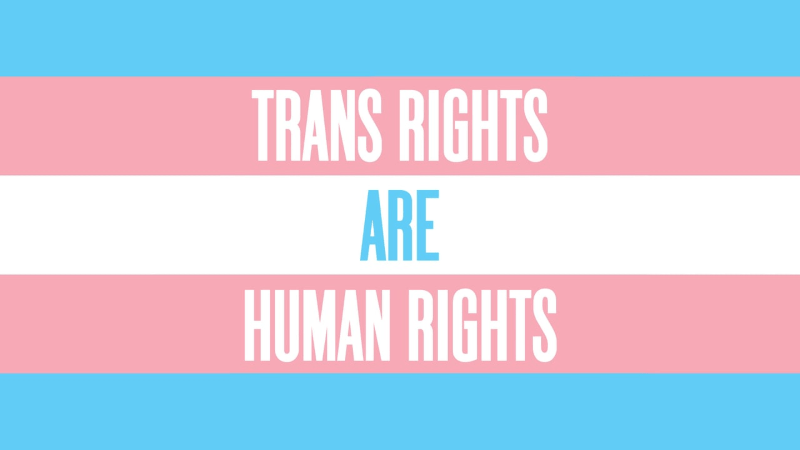 It seems like every day, J.K. Rowling is becoming less known for her book series, and more known for her unnecessary and outlandish opinions. Most recently, she decided to come out with a few implicit transphobic tweets:

This whole fiasco started when J.K. Rowling mocked the use of “people who menstruate” in the title of an article. This criticism around the de-gendering of menstruation is not new. This past fall, some women took offense when Always, the menstrual hygiene brand, removed the woman symbol from their products. The reason for both of these actions is apparent, not all women menstruate, and not all people who menstruate are women. Trans women exist. Trans men exist. Non-binary and genderqueer folks exist. Many real feminists applaud the writers and brands that are changing their language and imagery to include different identities. But others don’t, and J.K. Rowling is one of them. This pride month, and every month after, it is vital that as feminist allies of the LGBTQIA+ community, we understand who these women are and why they are not real feminists.

What is a TERF?

J.K. Rowling’s beliefs resemble that of a TERF. “TERF” is an acronym for “trans-exclusionary radical feminist”. According to dictionary.com, a TERF is “an advocate of radical feminism who believes that a trans woman’s gender identity is not legitimate and who is hostile to the inclusion of trans people and gender-diverse people in the feminist movement.” If we remove “advocate for radical feminism” and “in the feminist movement” from this definition, TERFs are simply transphobic cis-women. This is their primary strategy, shielding their transphobia with amateur feminist theory. Through my research, I was able to identify a few central points in J.K. Rowling Twitter thread that comprise of TERF ideology. Here is my take:

1. “If sex isn’t real, the lived reality of women globally is erased”

This sentence in J.K. Rowling tweet defines the basis of TERF ideology. They share the belief that true female empowerment can only happen if we see remove the lens of feminine and masculine, and instead define one another by our biology. Because men have defined womanhood for centuries through means of oppression, TERFs believe the only way we can be free as women is to throw that all out. Hence, the outrage around menstruation. It is the TERF’s understanding that cultural signifiers do not define women, but their concrete ability to menstruate, be pregnant, etc. However, I find this hypocritical. What is radically feminist about reducing women to their abilities to perform biological functions? Isn’t that what the patriarchy already does? And if TERFs only recognize cis-women, what does this mean for cis-women who have conditions that cause female infertility? Are those women not real women, either?

2. “At the same time, my life has been shaped by being female. I do not believe it’s hateful to say so.”

Another way TERFs try to invalidate trans identities is by calling out male privilege. They believe that someone can not call themselves a woman unless they grew up subjected to gender-based oppression. Firstly, it is ignorant to claim that trans women have not experienced oppression. Perhaps they benefited from male privilege to a certain extent, but if you ask any trans woman, the agony of your sex not aligning with your true gender-identity is oppression within itself. The societal expectations put on them to present masculine come from the same patriarchy radical feminists are supposed to be fighting against.

Conversely, TERFs claim that trans men are women, specifically lesbians, who have internalized misogyny to the point where they chose to become men. Essentially, because they have experienced female oppression, they are women. This way of looking at socialization fails to recognize the ways average men are also oppressed by the patriarchy in their ways, as well as what gender actually is.

3. “I know and love trans people, but erasing the concept of sex removes the ability of many to meaningfully discuss their lives.“

Lastly, there is the “female spaces” argument. To justify their transphobia, TERFs like to fear monger. Keep in mind, this idea that women need safe spaces to discuss their lived experiences is not exclusive to TERFs; it is a general belief within feminist discourse.

This issue is the way TERFs spin it. When reading replies to J.K. Rowling tweets, there were many cis-women who claimed that they feel they are being threatened by trans-women who are trying to “eliminate” female identity. I won’t even address how ridiculous it is to claim that trans people somehow make cis people stop existing.

Nonetheless, this fear of female spaces being “infiltrated” is the same fear that right-wing politicians used when discussing trans women in female bathrooms. These fears not only have no ground in facts but fail to accept that cis-women are not the only group that need space to discuss their lives through gendered-lens.

We need to be better as intersectional feminists to keep TERFs away. If we do not make it clear to the trans, non-binary, and genderqueer communities that we resent TERFs and do not claim them as fellow feminists, what kind of allies would we be? This anti-trans movement continues to grow, and we are complicit when we let them use the feminist label. In conclusion, trans rights are human rights, and J.K. Rowling should stick to writing about Hogwarts.

Read also:
11 WLW Books You Must Read This Pride
#HappyPride, But Make It Selective
NikkieTutorials Comes Out

My Fear Of Happiness: On Maintaining Stability With A Bipolar Condition

Why Does The World Hate Feminine Men? 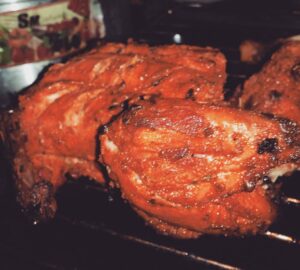