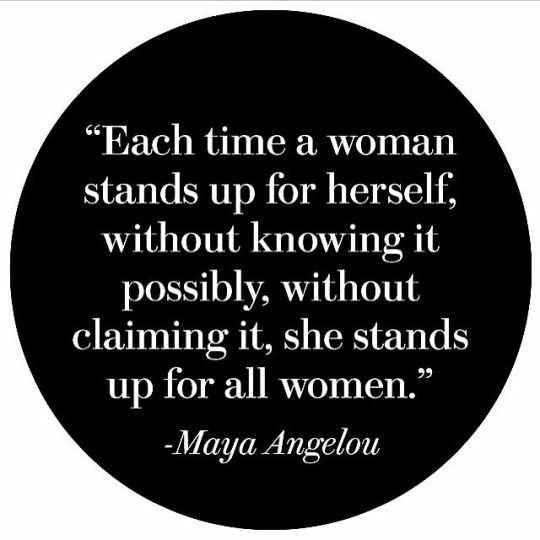 Before I start, let me address that I’ve grown up in a wonderful household – my parents never expected me to make unnecessary sacrifices, never held me back from sharing my thoughts, and never pushed me away from my dreams. But sadly, it’s not like that for everyone.

As a woman, I’ve always been told to ‘be thankful.’ And no, I don’t meant being thankful for having a family, health, happiness, etc. I’m extremely thankful for all of that – more than you can imagine. But whenever I bring up the discussion of the way women are being treated and raised around the world and how it needs to change, I receive monotonous responses.

“You should be happy you’re allowed to go to school.”

Things like that. And let me tell you, I am thankful. Thankful for the thousands of women/men who have sacrificed their lives to make life better for women of future generations, thankful for the all the women/men who fought to make a change. They’re the reason I am where I am today. But that doesn’t mean that we shouldn’t strive for more.

Let’s throwback to December, 1955 – The Montgomery Boycott. Most of you probably know what that is. For the ones that don’t, the Montgomery Boycott was when Martin Luther King Jr. and Rosa Parks initiated a bus boycott for all the buses in Montgomery, Alabama, in hopes of getting rid of segregated seating at the buses. The black people were told to sit at the back of the bus when the whites got to sit at the front, and if the bus was full and another white person stepped on, the black person would have to give up their seat for the white to occupy it. When King and Parks initiated the bus boycott, most people supported them. What if they had said, instead,

“Yo Martin, why you gotta be so ungrateful for?”

“Just be thankful you’re allowed on the buses. A few years ago, black people weren’t even allowed on buses.”

I’m quite sure King was also thankful for the fact that he was allowed on the bus – but he strived for more. For equality, for no segregation. For black people to be treated as equals. And that is exactly what women (and all other people) are doing today. So please, stop telling us to be ‘grateful.’

There’s a line between making a compromise, and completely sacrificing yourself. It’s vital to know where that line is, and the importance it holds. Compromises are a great part of our lives, but we have to know when to say no. Women in countries like Pakistan, India, Bangladesh (and other third world countries) are told to live their entire lives grounded on compromise.

You’re held back from chasing your dreams because of cultural norms and societal pressure? It’s okay, compromise. God will reward you for it. (Another Not-So-Fun-Fact: 65 million girls around the world are denied an education. 31 million of those are at primary school age.)

You’re constantly facing closed doors in the workplace because of your gender? It’s okay, compromise. At least you have a job.

And so the story goes on. We are always told to compromise, compromise, and compromise. Compromise on our dreams, our beliefs, and our values. Even our rights. We know that word better than we know our names. But nobody is ever prepared to make a compromise for us. And the craziest part is, the women who live their entire life built on compromise are the ones who are praised by society, not the ones who take a stand.