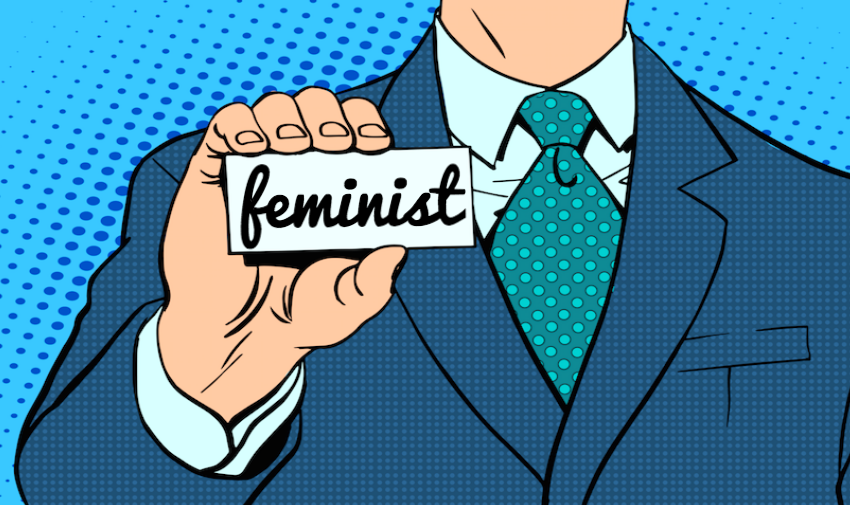 The main critique of feminism, other than the many times it is confused with misandry, has always been that it is supposedly exclusionary of men’s issues. For intersectional feminism ideals to be enforced effectively, the domino effect that feminism has on helping mens issues should be  spoken about more widely. Feminism campaigns for an end to gender roles which enforces the very toxic masculinity and conformity complex, which a multitude of mens issues stem from today.

The suicide rate of men and boys worldwide is on the rise, typically the male suicide rate is 3 – 5 times higher than females. The UK charity Samaritans conducted research into why suicide in men is so high and found that these two reasons were especially prevalent;  ‘men compare themselves against a ‘gold standard’ which prizes power, control and invincibility’ and  ‘with the decline of traditional male industries, these men have lost not only their jobs but also a source of masculine pride and identity.’ Feminism wants boys and girls to raised in the same way, the focus on gender and what that means erased. This means that the focus on masculinity and femininity will be moved to boys and girls seeing each other in the same way and not seeing their own gender as an impairment. This will eradicate the stereotype that showing emotions and seeking help for them is unmanly, as if this wasn’t the case the suicide rate would be much lower.

It is the same thing with male domestic abuse and sexual assault, a large amount of men who are victims of abuse or assault do not report it in fear of not being taken seriously (though of course this is the reason many women do not report as well). Also, an end to enforcing masculinity would also make men and boys more open about both their own sexuality and sexuality as a concept, helping destroy homophobic views. Sexual assault of women and girls will also be decreased as with this toxic masculinity complex comes entitlement and misogyny. Femininity and masculinity are not real and are concepts that people can manipulate as they please and to suit them.

I hope there is better understanding worldwide of what Feminism actually is and why it is so desperately needed (especially in a post-Trump administration world). Feminism wants to stand in solidarity with men in smashing misogyny and patriarchy, as in doing this will help us both.

Here is a list of feminist resources tackling mens issues.