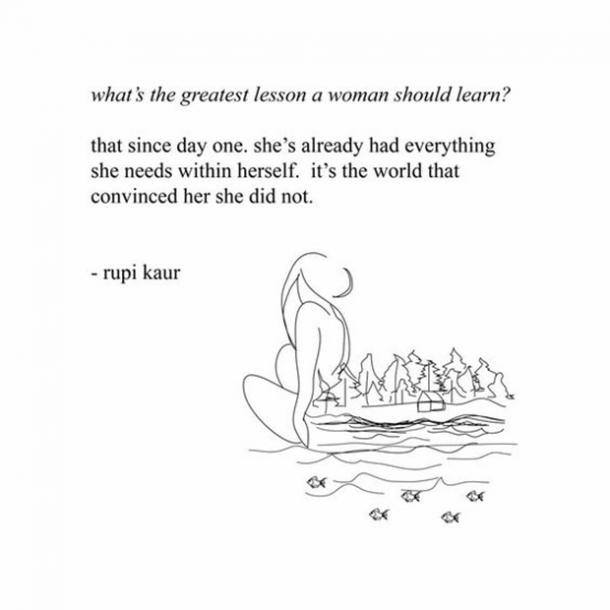 Through the ages, poets have been writing about what it means to be a woman, the softness and toughness, the issues women face; no matter how large and life changing, or small and seemingly insignificant they may be.

Sylvia Plath was an American poet born in 1932. From the age of 8 she wrote poetry on a range of subjects. Her early work would focus on particular imagery such as the moon or blood, through her 20s her poetry jumped from rage to despair, to love and vengeance. But it was in 1966, after her death by suicide, when Ariel was published that become what she is most recognized for. In Ariel, her works are much more personal, it has dark, autobiographical depictions of mental illness and her boredom with everyday life.  Feminists worldwide saw Sylvia Plath as a symbol of a “blighted female genius” and many think that Ariel started a movement of empowering women who thought they were only destined to be housewives and mothers.

Jackie Kay is Scottish poet, born to a Scottish mother and Nigerian father in Edinburgh. She was adopted into a politically involved family and grew up in Glasgow. She has spoken of the discrimination she faced as mixed race women in Scotland and abroad, her unconventional upbringing and her search for her birth parents. Her poetry is full of humor and affection, even when touching on serious issues. In her collection  Other Lovers, published in 1993, she particularly focuses on identity and how fluid it can be especially, in regards to gender and sexuality and her own struggles with identity and belonging being mixed race and raised by white parents. She is also recognized for her frank discussion on being a lesbian. In March 2016, she was appointed the national poet of Scotland for a 5-year term.

Extract from ‘Darling: New and Selected Poems by Jackie Kay’

Rupi Kaur is an author, artist and performer based in Canada. She moved there from India when she was 5 years old. Her poems vary in size and subject matter but usually all centre on being a woman and what that means. She uses words beautifully to convey fear, anger, frustration but also admiration. She has frankly written about sexual assault, abuse and rape culture; the entitlement many men think they have to women’s bodies. Many of her poems address sexism in India and south Asia and what life can be like when simply being born female can have horrific consequences.  When asked what prompted her to write about sexual assault and abuse she wrote:

‘By the time I am born I have already survived the first battle of my life. Against female feticide. I am one of the lucky ones who has been allowed to live while millions of other girls are killed at or before birth. Simply for being born girls. Our bodies are not our property. We are told we must be conservative. A good south Asian girl is quiet. Does as she is told. Sex does not belong to her. It is something that happens to her on her wedding night. It is for him.We know sexual violence intimately. We experience alarming rates of rape. From thousands of years of shame and oppression. From the community and from colonizer after colonizer. But we also challenge that narrative every single day. And this poetry is just one route for doing that.’ 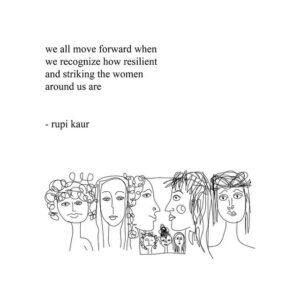 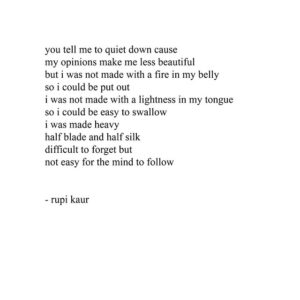 Poems above from Rupi Kaur’s book Milk And Honey which I utterly recommend. I find myself going back and rereading some poems from it almost weekly.

Colorism And Anti-Blackness In The Asian Community 11046