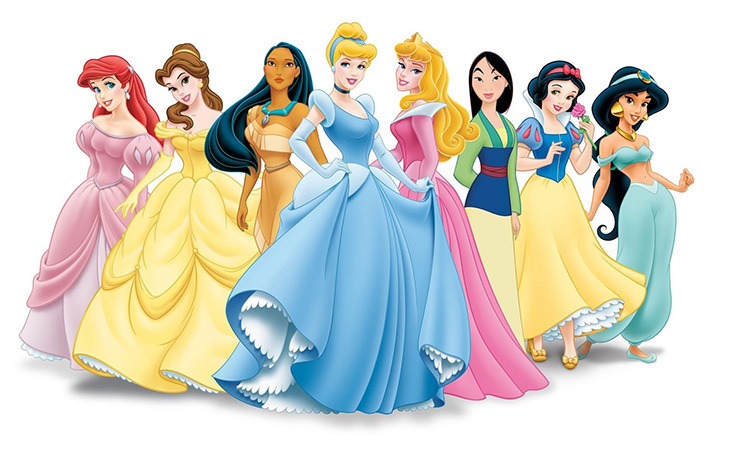 I was raised on Disney movies. I watched all of them. I loved The Little Mermaid, Snow White, nBeauty and the Beast, Cinderella etc., and I’m okay. What I mean by this is that you’re not going to advocate your daughters to self-hafe and self-destruction by letting them watch all these movies. But maybe, you can avoid some of the problems they’re going to face if you only show them to your daughters once they’re old enough to understand what is wrong with them.

Walt Disney was a misogynist. We all know he was somewhat nuts (I mean, is he really frozen inside of some freezer? Who knows). But letters written by him talking about women’s roles and testimonies of people who met him support this idea. And it is definitely reflected in his movies.

Think I’m exaggerating? I mean, after all, they’re just movies. Let’s get to the facts.

Review how many of these princesses actually have a mother. Mulan does, but she’s submissive and believes the only good thing her daughter can do for her and her family is marry a good man. Still, we can see how Mulan doesn’t really fit the pattern of these movies. It’s the exception (which confirms the rule). None of these ladies have a mother who can guide them, protect them, educate them. Whenever someone that is willing to help them shows up, it is a “super-natural” creature (like Cinderella’s Fairy Godmother).

Belle wants to save his father from the Beast, so she agrees to have a relationship him, even though he is aggressive and just plain out kidnaps her. In a horrific romanticization of the Stockholm Syndrome, Belle falls in love with the Beast. Through her love, she is convinced she’ll get to change the Beast. This is one romantic myth highly spread out. But the only thing it does is convince women of their need to be passive and obedient, which eventually can lead to them tolerating mentally and physically abusive relationships.

Let’s go on with Snow White. She’s an orphan and she’s being raised by her mean stepmother, whose only concern in life is to be beautiful. When she’s told she isn’t the most beautiful, she decides to kill Snow White (great example of women empowering each other, right?). So our princess runs away scared and goes out to live with 7 dwarfs who are the strong men who work out of the household while she stays home, sings, cooks and cleans. Nothing wrong with singing, cooking and cleaning but just think if this is the role model you want for your daughters. After she gets poisoned by the stepmother, she patiently waits for her saviour: a man.

Sleeping Beauty is the main character, but only appears in about 18 minutes and says 19 lines of dialogue. She’s cursed by a WOMAN (surprise!) just because of a mistake her parents made, and has to wait asleep for a man she doesn’t know to kiss her!

“The Little Mermaid” (and believe me, this is hard for me, it was one of my favorites). What is wrong with it? No mom, again. And the creepy, mean Ursula: a woman. Ariel falls in love with a man she doesn’t know, and believes it’s him the only person that can save her. So she gives up her whole life, her world, and her voice for a pair of legs. Her beautiful face is enough for the prince to fall in love with her (is this really what we aim for our daughters to do with her life?).

“Cinderella” is straight out mistreated by his stepmom and stepsisters (all women, all mean) after her father’s death. She becomes “beautiful” for a night, and that’s how she gets the Prince to fall in love with her and and help her leave that awful house.

So wrong romantic love myths, wrong gender roles, wrong body images… Why do we still watch Disney movies? Because these ones I’m mentioning, even though they are still very famous and watched among our young girls, are old, and things are changing.

Analyzing the new ones (which I have enjoyed so very much), I see a change in the perspective. Merida from “Brave” doesn’t even include a love story. She’s a strong and independent woman, she fights against social impositions and she strives to give a solution to the problems she’s created. Elsa and Ana (oh, “Frozen” *heart eyes*) share a bond much bigger and much stronger than any other: the love between two sisters. They can never agree on anything, but they love each other fiercely, and they are capable of saving each other without any man’s help. Their bodies are still unrealistic, but the main character doesn’t think finding love is her life goal, and even tells her sister she definitely can’t marry someone she’s just met. For maybe the first time the mean character it’s actually Hans, a man!

This last “Moana” has me thrilled, not only because of baby Moana (which is probably the cutest baby Disney has ever made) or for the beautiful bond with nature that it shows, but also because of Moana’s character itself. Her body is more athletic, she’s a fighter, and although in the end she was doing perfectly fine on her own and Maui came to save her, “Moana” overall exemplifies that we can’t accept any less than this anymore.

We can see the change. We can now imagine a future where women and men are finally equal. And this starts with our own future sons and daughters, that don’t need to be exposed to wrong role models because if they do, they’ll assume them as natural. We can be nostalgic every once in a while and show them some of the movies we used to watch when we were young, but always with a nice talk afterwards that starts with: “What is wrong with this movie we just watched?”. After all, our daughters now don’t want to be princesses. They want to run, jump, get dirty, work hard, read, study… And they can’t do that on a dress and a crown. Guide them, help them, empower them. Love them and encourage them to become who they want.

Dear America, I Need Your Support

Arranged Marriages Aren’t As Problematic As You May Think