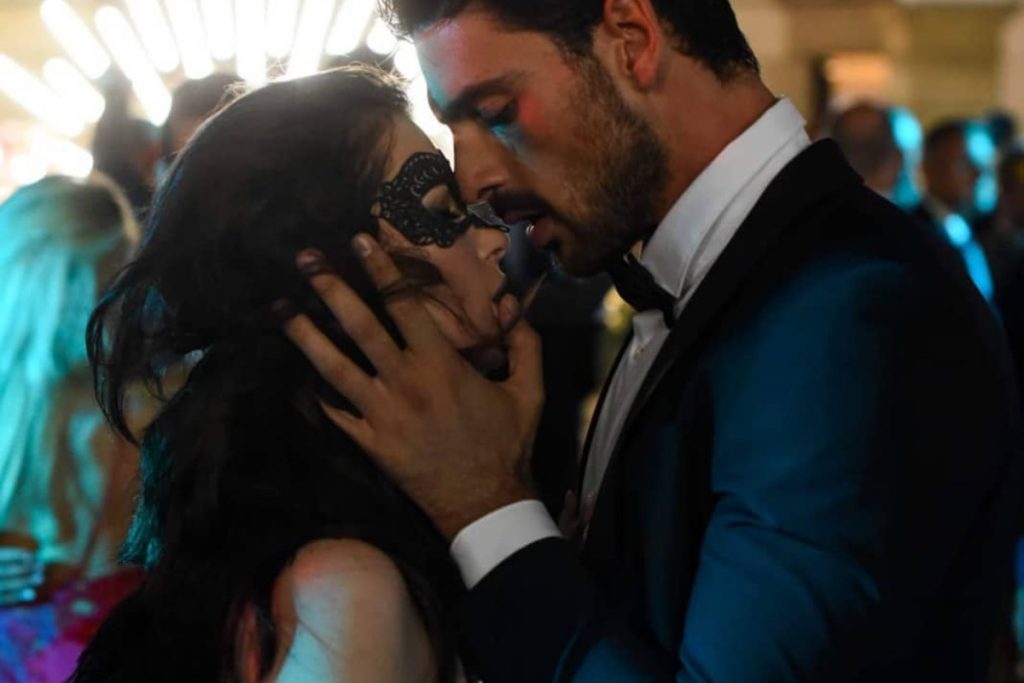 As the film 365 Days continues to trend on Netflix, a petition demanding its removal has surfaced, and rightly so. The film advocates sexual assault, male domination, and harmful gender stereotypes. From the very first scene, Massimo, an Italian Mafia leader, forces a flight attendant to perform a sexual act on him, and this isn’t even the worst thing to happen.

As the film progresses, we learn that Massimo has become obsessed with a woman named Laura. He kidnaps her and gives her a year to fall in love with him. After that, she will be free to leave if she has not developed any feelings. Whilst explaining this, Massimo even admits, “When you’re used to getting everything by force, it’s hard to behave otherwise.” Massimo regularly touches Laura, assaults her, refuses to respect her boundaries, and forces her to watch him being fellated by another woman. After all this extremely degrading and violent behavior, Laura finally falls in ‘love’ with Massimo.

The romanticization of Massimo’s behavior from fans of 365 Days is extremely harmful. These kinds of films can make people confused. They may think, well, if this is so normalized in the entertainment we consume, what’s so bad about it happening in real life? People even confuse this type of behavior for protectiveness, when it is clearly abuse.

“The very same people who are watching this and internalising it could be sat on a jury in a few week’s time, deciding the fate of someone in a similar situation. And the fact that this sentiment, that ‘rape is romantic’, is still present in the public psyche is so worrying. All it takes is one bit of doubt in that jurors mind in favour of the defendant and it changes everything”

“Even under the circumstances of this being a fictional movie. You can sell that idea as a concept. I look forward to the day where they couldn’t even make a film like this because they know the public just wouldn’t buy it, but at the moment, they obviously are buying it completely. That should give us pause.”

“Also, if you want to do a thought experiment, all you have to do is take the lead male character and make him unattractive. Then think of that male unattractive character keeping a woman captive in his home for a year and realise how completely unacceptable that is.”

The power-dynamic differences between the two leads are extremely anachronic. Massimo tells Laura that she can do as she pleases, despite the fact that he is literally holding her hostage. Laura’s early defiance against Massimo are attempts to make her seem fierce and independent, but they are weak at best. Laura is portrayed as a fragile, delicate lead throughout the entirety of the film. Not just physically, but financially too.

Massimo holding billionaire status is most definitely about power dynamics and Laura being a ‘desired woman’. Massimo is extremely rich – he can have anything he wants, but he wants Laura. The constant showering of gifts, vacations and lavish parties in an attempt to win Laura’s affections also portray her as property, something to be bought, not a human being with her own life and desires.

What Do Viewers Think?

“I feel that the film plays into people’s fantasies and doesn’t depict real relationships. I think the normality it gives to the so-called ‘relationship the characters have promotes rape culture. Just because he is attractive, doesn’t mean it is acceptable.

There’s a part in the film when they try to take Laura on the plane without her permission and she kicks and screams so they have to physically pick her up. They comment that she has a ‘temper’. I think this comment and lots of other connotations in the film point towards Laura being the bad guy because she is resistant towards her kidnapper. He calls her disobedient until she starts to apologise.

This portrayl really does promote abuse to the audience and normalises it too. People watching this such as young women and teenagers could then even be influenced to normalise this behaviour. This can further play into the declining numbers of people reporting rape and sexual assault as they won’t feel that their situation is serious enough.”

“As a sexual assault survivor, the film was so triggering. I watched it with my housemates who all fawned over Massimo whilst I sat there silent. Netflix, do better.”

The Film Fuels A Horrible Culture Of Violence

“I thought we were past the justification of rape culture, I guess not. The film needs to be taken down. It’s unacceptable and fuelling a horrible culture of violence”

365 Days has clearly received notable backlash. The petition calls for it to be removed in its entirety. Sophia Venables states, “For Netflix to make a movie glorifying sex slavery is not only in bad taste, but it continues to perpetuate sexual stereotypes of women being treated as property and sexual conquests, as well as promoting Stockholm Syndrome.”

There is evidently a long way to go before these destructive films like 365 Days will become a thing of the past. With Netflix becoming so outspoken on the Black Lives Matter Movement, many feminist activists are left feeling confused as to why they would then allow such a misogynistic film to be released on their platform. We need to do better. We need to work harder. We need to question why such a popular platform like Netflix felt it appropriate to release a film like this in the first place, and why it has become so successful worldwide.

Read also:
No Wrongs Or Rights: The Importance Of Cross-Cultural Sensitivity
Feminist Films For Every Mood
PINK: Finally, A Movie That Spills The Truth On The Reality That Young Women Continuously Face In India

Paying For Pictures? Why Women On OnlyFans Should Be Respected

Questioning Your Sexuality: Which Letter Am I?