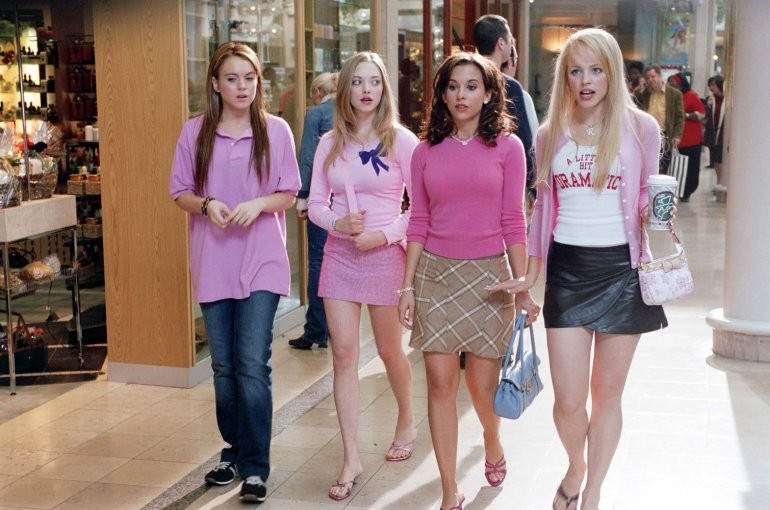 Hollywood is quick to portray a popular group of teenagers who often live in extravagant mansions surrounded by heaps of designer outfits. How does this affect the way teenagers perceive high school in reality?

In 2004, the movie was a surprise box-office hit, grossing $24.4 million on opening weekend. Even now, the film has long been praised as a classic among the youth.

At the beginning of the film, we’re introduced to the protagonist, socially awkward Cady Heron. She had been homeschooled her entire life. To educate her on the high school social ladder, characters in the film were quick to point out ‘cliques’.

“Where you sit in the cafeteria is crucial because you got everybody there. You got your freshmen, ROTC Guys, preps, JV jocks, Asian nerds, cool Asians… the greatest people you will ever meet, and the worst. Beware of The Plastics,” said one character, who had drawn out the cliques of the school.

As she mentioned “The Plastics,” the camera panned to three girls- Regina George, Karen Smith, and Gretchen Weiners- who were briefly introduced as the ‘mean girls’ of the school. It was clear that even though their leader, Regina George, was the meanest of the bunch, she was also idolized by other students. Through her ability to manipulate the insecurity of other girls, she succeeded in becoming the ‘Queen Bee.’

The theme of popularity

Mean Girls isn’t the only coming-of-age film that centers around high school popularity. From Clueless to The Princess Diaries, it seems that every Hollywood producer believes the answer to attracting a teenage audience is to include “The Popular Group.”

They often shop between classes and extracurriculars, exerting their money over anything they desire.

When it came to popularity, Hollywood films emphasized the importance of ‘looking the part’ through shopping and makeover scenes. Makeover scenes consisted of montages of the ‘popular’ students attempting to change the physical appearance of another student. Oftentimes, the person being transformed wasn’t confident or with no knowledge in fashion.

Hollywood makeovers were less about helping someone find their confidence and more about establishing control or a physical stamp of approval.

“Cher’s main thrill in life is a makeover. It gives her a sense of control in a world of chaos,” Cher’s best friend said, as they attempted to persuade Tai to get a makeover.

Because she spent her entire life in South Africa being homeschooled, Cady Heron wasn’t knowledgable in fashion trends or makeup. After spending time with Regina’s group, she was peppered in mini skirts and the group’s signature color pink.

Tai from Clueless was given the same treatment.

Hollywood films used makeovers as initiation rituals. Once the makeover was complete, that student would become ‘worthy’ enough to join the clique.

Although satirical films aren’t meant to be taken seriously, they give a false sense of reality to the youth they target. As a former high schooler, I write from experience. I have seen students who were heavily invested in these films attempt to create their own versions. These films give a warped vision of what high school is truly about.

While these films are fun to enjoy, it’s important to differentiate between Hollywood glamourizations and reality.

Read also:
Dear Emma: Letters To My Younger Self
Being Fetishized As An Asian Woman
Karolina Dubiel And The Girls In Aerospace Foundation

Iceland’s Success With The Gender Gap