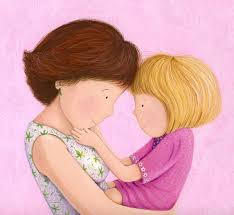 First let me say that I love you, I love you so much. For my entire life you have never told me I wasn’t good enough, and you have always encouraged me and lifted me up. I’m thankful for that, I’m especially thankful after opa (grandpa) moved in with us.

During opa’s time spent living in our home, I came to realize things that had gone unnoticed during my entire childhood. I have been having nightmares and staying up late, just replaying old memories and realizing things weren’t as good as I thought in my brain. I realized that the majority of my childhood was watching my grandfather and uncle abuse my mother and grandmother.

I watched as opa allowed oma to go into a depressive state, one where she eventually lost her memory completely and passed away. I watched him refuse to get her help, and refuse to let you help her. I watched as she slowly started spending more days and nights at our house because he was never around to take care of her. So much for “in better or worse,” right?

I watched and I listened as he made excuses and said nothing was wrong with her and when she finally passed away, I watched and listened as suddenly she was the love of his life. I watched him and my uncle blame you for your mom’s death because they were unable to admit this was their fault. I listened as they claimed you never did anything for you family. I watched as my uncle would scream and yell at you, threatening you and called you a bitch and a cunt over something as small as you not wanting to let him borrow your car for the afternoon.

I listened as our family made excuses for my uncle after he physically broke your arm, I listened as my opa called certain jobs “male” careers, I listened as my uncle would change stories to make you appear as the bad guy and for a long time I thought this was normal.  I got older and I listened more, I found out opa had cheated on your mom multiple times, that she got an abortion because she did not want to have another kid with him. I listened to him sit here and make excuses for my uncle and tell me that him abusing you, breaking your arm, and harassing your family was because you played “emotional games.”

I listened as he told me emotions were a thing only women had and as he downplayed my feelings, telling me there was no reason to feel this way. And yet I was surprised when I realized your marriage with my dad fell apart. I sat and I watched thinking this is how life is meant to be, that families are all like this, we have all these feelings of never knowing what is going to trigger your family member to harass and abuse you. I watched and I learned about relationships from you.

How was I supposed to understand what a true loving relationship was when I saw my grandfather abuse my grandma and then claim it was in the name of love? How was I to know the difference between my brother and I getting in a normal sibling fight versus if he was hurting me for fun? I shouldn’t have been able to tell the difference, I should’ve grown up into a woman who believed love was when the other person treated me shitty but because of you, I didn’t.

You came into my room the other night, telling me you wished so much more for my life than you had gotten out of yours. You wished I would never be financially dependent on a man, because their love is not always guaranteed. You wished I would break the cycle of marrying narcissistic men who don’t appreciate you and love you in the way you deserve to be loved.

Somehow, throughout all of the abuse I watched and all the shitty relationships I had to show me what love is, I came out the other side taking that knowledge to know what love isn’t. Instead of going, “that is a boy thing, I shouldn’t be interested in that,” I came out thinking, “I’m stronger and more intelligent than most of the boys in my family, why can’t I do that?”

Instead of thinking it’s okay for anyone to talk to me as if I was less than and call me names, I came out knowing that their words are a tool used to bring me down and I should put no meaning behind them. I came out the other side not damaged but stronger and all of that is because you broke the cycle. You showed me love and compassion. You nurtured me, you never abused me and you never dismissed my feelings. You saw what your parents did and you did the opposite. Watching your abuse did not teach me how I should be treated, it taught me that we are more than what others do and say to us. We are stronger and braver and can still have great things in life.

Thank you for being my mom.