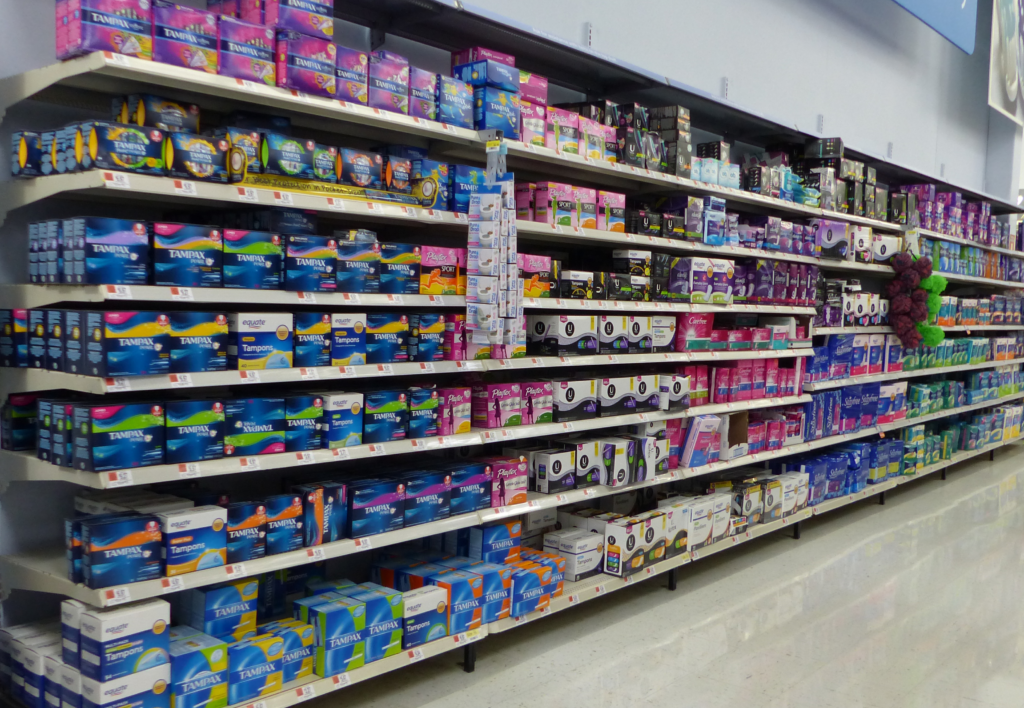 With American women spending an average of $3 billion each year on feminine hygiene products, it is crucial to know what goes into the conventional pads and tampons. People often assume pads and tampons would not cause any harm to your body. However, many of these products contain harmful chemicals. Since the Food and Drug Administration (FDA) considers feminine hygiene products to be “medical devices,” manufacturers are not obligated to disclose their ingredients. Thus, women are left with limited data on the makeup of these products.

Pads and tampons typically contain chlorine bleach to get their “clean” white look. This bleach contains the toxin known as dioxin and disinfection by-products (DBPs). Although a chlorine-free bleaching process was established in the late 1990s, traces of dioxin can still be found in tampons. In a 1994 study by the Environmental Protection Agency (EPA), experiments showed that dioxin led to cancer in animals and would most likely have the same effects on humans. The EPA also linked exposure to dioxin to an increased risk of a weakened immune system, pelvic inflammatory disease, abnormal cell and tissue growth, disruptions in the hormonal and endocrine system, infertility, and endometriosis.

Other harmful chemicals such as phthalates, mercury, and rayon can be found in feminine hygiene products as well. 90 percent of cotton produced in the United States is genetically modified and sprayed with harsh herbicides. As a result, up to 85 percent of cotton tampons are contaminated with a chemical linked with cancer called glyphosate.

Toxins found in feminine hygiene products can find its way into the bloodstream easily as the skin is the largest yet thinnest organ and vaginal walls are extremely permeable. That being said, the trace amounts are so low that the toxins may not affect you. Some researchers argue that the levels of toxins present in menstrual products are no worse than the levels found in food and our surroundings. Additionally, Congress has been working to create legislation that requires further studies of tampon safety since 2008. The Robin Danielson Feminine Hygiene Product Safety Act of 2017 states that the National Institute of Health to do a better job of disclosing what is in a feminine hygiene product. If you prefer to stay away from toxins as much as possible, there are options for feminine hygiene products from brands such as Natracare, The Honest Company, and DivaCup.