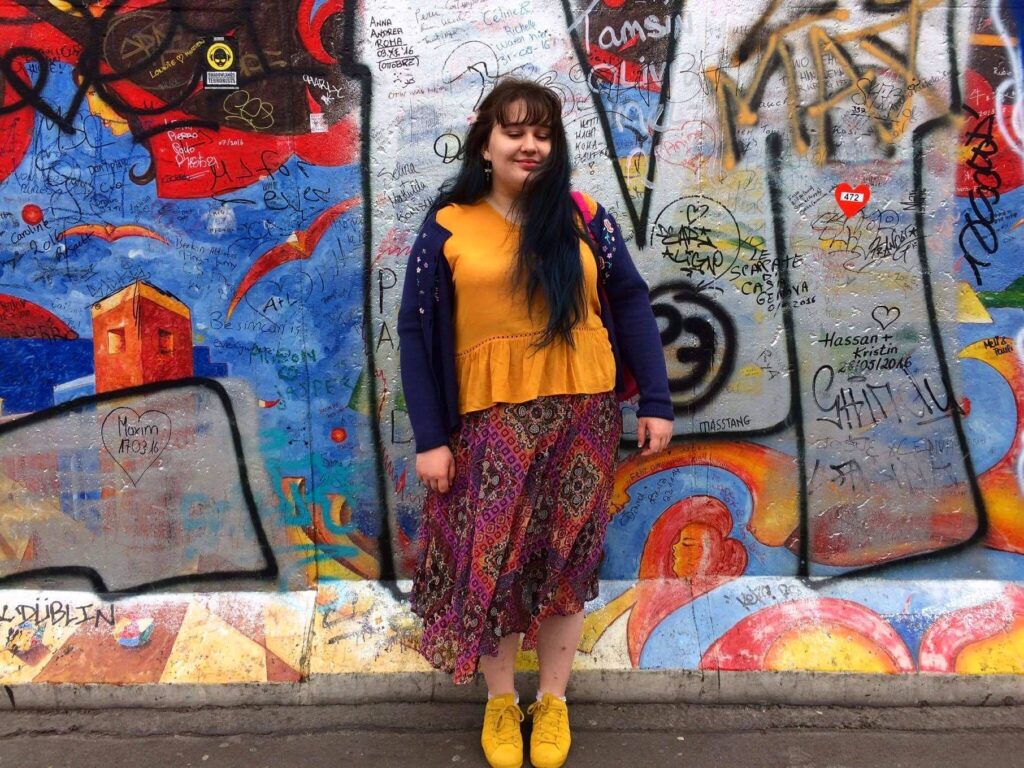 I was diagnosed with Autism Spectrum Disorder/Aspergers when I was 11, many years too late. It was during the summer before I was to begin secondary school, feeling a mix of nervousness, excitement, and hope. Hope for secondary school to be less of a struggle that primary school. Growing up, I was assumed to simply be a child with behavioral issues. I would lash out at my mum, I would scream and shake out of anger on the ground for what the people around me thought was just me being an ill-behaved child and I was punished for it. I was/am a very particular eater; only being able to eat one hot meal I enjoy, this was always assumed that I was simply a picky eater like many children are. It was thought that I would eventually grow out of it, this has not been the case. As a toddler, I had issues with speaking; up until I was 6 I would not speak very much and when I did it was unintelligible. It was assumed the reason was because I had moved from North America to Scotland, and the change of accents disrupted my verbal development; or that I was just a little slow. Throughout primary school, I was known as being sensitive; very prone to crying and being anxious about situations other children didn’t seem to mind about. This was made well known amongst teachers and other students, for this I was bullied. On occasion, I would hear teachers speaking about me, about how I was a nuisance to the class and comparing me to other pupils; this was probably when I was around 7. This was a familiar case, being used as a negative comparison by teachers in order to praise other students.

When I finally received my diagnosis, I denied it profusely, my own ignorance that I picked up about autism, learning difficulties and mental health issues from my peers being this reason. I particularly remember ripping up a book out of anger that I found about Aspergers that my mum had bought. I was embarrassed and I did not fit the perception of an autistic person that I had ingrained in my mind. I attended a therapist for three years between my diagnosis and early 2014. Without this particular therapist, I have doubts that I would still be here today. During that time I battled severe depression, spouts of self-harm, suicidal thoughts and crippling anxiety which prevented me from going to school most days right up until I dropped out in December 2015. I still attend therapy and deal with spouts of depression, disordered eating, and anxiety but I am in a much more mentally settled place.

In my opinion as well as many other women with Autism Spectrum Disorder/mental health issues, there is very much a double standard with how girls and women are viewed when raising concerns about their mental health or trying to get a diagnosis. Many of these obstacles come from stereotypes. I was actually quite lucky with the age in which I got diagnosed, though even then it, was still far too late. My childhood and school experience could have been 100% easier if I was diagnosed at a much younger age and my mum and I got the support we so badly needed. I personally believe I would be a different person today if I had those supports. I understand Autism can be particularly difficult to diagnose in early childhood as many neurotypical children can show signs also, and for this reason, many boys misdiagnosed too. But, it is the grounds for why many Autistic women and girls go undiagnosed that are much more problematic.

When reaching out for my diagnoses the words “hormones,” “puberty” and “emotional” were thrown about so much. Puberty and hormones being the alleged reason for why I felt the way I did, completely overlooking the previous issues I had with speaking, anger, making friends, eating and occasionally, learning, and also overlooking my mums’ view. I do not think these concerns are completely invalid but they are incredibly frustrating.

I think of the “hysterical woman” and the “woman on her period” stereotypes in regards to how these not existing would help so many women and girls in getting help for their genuine mental health worries, but also in the workplace and throughout their lives. I especially pain for the black Autistic women and black women with mental health issues who would have an even more difficult time when trying to be diagnosed due to the incredibly toxic “angry black woman” stereotype.

Another reason why many women may not be diagnosed with autism is that autism has never been glamorized, but rather, very much the opposite. In recent years, with the rise of social media, mental illnesses have been romanticized in such a way that is almost seen as aesthetically pleasing to have a serious condition; this is especially prevalent on Tumblr. I, of course, do not think any mental health condition should be reduced to being somehow “a beautiful pain” (with a picture of Effy from Skins smoking a cigarette while looking equally sad and beautiful) or a suicidal person be seen as “an angel wanting to go home” (both actual things I have seen on Tumblr). Autism has never been part of this and rightly so, it is by definition; ‘a mental condition, present from early childhood, characterized by great difficulty in communicating and forming relationships with other people and in using language and abstract concepts.’ When people think of an Autistic person they may think of a little boy having a meltdown in the middle of a supermarket, or a socially awkward teenage boy who’s into sci-fi; not a woman having the exact same meltdown that the little boy had out of anxiety from an overwhelming situation, or not an award winning actress (Daryl Hannah).

What should be done?

I think education about what Autism actually is should be more accessible in schools; this will not only debunk harmful stereotypes but could also make Autistic children feel less isolated and generally reassured. There also needs to be more education for adults about how Autistic people can react to certain situations and how they need to be comforted not punished; this is particularly needed for those working in education. I also would like more Autistic women to speak out about their disorder as this will not only be a comfort to Autistic girls but will also help debunk the male-centric stereotype. In general, there must be reform in Scotland and throughout the United Kingdom in the way mental health is approached and spoken about.

I am a woman, I  have autism, but it does not define me. I am a budding journalist and documentary maker and a student of Social Sciences, hoping to go to university soon. I am an activist of many societal issues and a lover of the arts. I continue to struggle tremendously with my Autism but my autism does not define me, though the support does.

5 Reasons Why You SHOULD Date Indian Girls 14913

Colorism And Anti-Blackness In The Asian Community 11330