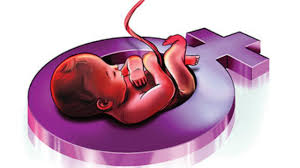 India: the land of Bollywood, spices, and unfortunately, the land of the highest rate of illegal sex-selective abortions and female infanticides. These practices are not new; they can be traced back for centuries. For a society which attempts remain connected to it’s conservative and family oriented roots, it’s completely ironic that female infanticide is a war which India is still fighting, even in 2017.

It is very easy to criticize the problem without reflecting on how a country has dealt, or better yet not dealt, with the issue. But this is not the case. In the past years, India has made several steps towards ending this issue. Of course, to understand their efforts, it is crucial that we understand the problem first.

Imagine living in a country which was voted “The Most Dangerous Place to Be Born a Female” (UN Report). The sad truth is that it may take decades before we get rid of this old fashioned mindset that girls aren’t “enough”.

The deaths of these females aren’t solely caused by early abortions, but they are also the results of neglect and depression, which leads to suicide. It’s a prime example of cause and effect, and here’s how: when you become a parent, you’re accepting the responsibility of nurturing and loving your child, no matter what gender. If you refuse to nurture your child, and give them the love and attention that they need, something going wrong is inevitable.

Studies show that child neglect can lead to mental illness such as depression or suicidal tendencies, behavioral problems such as aggression, and anxiety. Bear in mind that these are only few of the possibilities. But apparently in certain parts of Asia, not just India, this is an idea that simply cannot be grasped.

Don’t get me wrong, I am connected to my roots, and I do value my culture, but I think we can all agree that every country, no matter how powerful, has it’s pros and cons.

Now this may seem like an attack on India, and the mindset of it’s people, but I am here to highlight how far India has come in their fight towards ending sex-selective abortion and female infanticide. In order to prevent selective-sex abortion, India has made it illegal for medical practitioners to reveal the gender of the baby to the expecting parents.

India hosts the largest movie industry in the world, and has recently used its power to teach its viewers about the misogynistic attitude being passed down through the generations.

For example, in 2016, Dangal was released. Based on a true story, Dangal revolves around a former wrestler now turned father, and his desire for a son, the one person whom he believes will one day fulfill his dreams. Much to his discontent, he’s given four daughters. The story follows two of the four, Geeta and Babita, who unwillingly become their father’s protégés, as well as the laughing stock of the village. Who could have ever thought two girls could become international champions, right? Wrong. These women become prime examples of why you should never doubt your child’s ability to succeed despite their gender. Dangal was one of the first few steps towards changing Indian cinema for the better.

Also, in 2016, India hosted the Global Citizen Music Festival for the first time in Mumbai, and rather than using their platform for nonsense like most people do, they used their time to discuss problems such as female infanticide, the environment, and equality. India has also launched several campaigns targeting fathers who have neglected their daughters. Even if India as a country is making an effort to end this issue, this is not the opportunity for us to sigh in relief, as this is only the beginning of a movement.

It is up to me, and it is up to you to end sex-selective abortion and infanticide, because I was not born to die, and neither were the other 4 billion girls in this world. 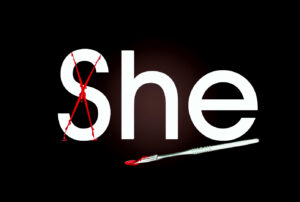