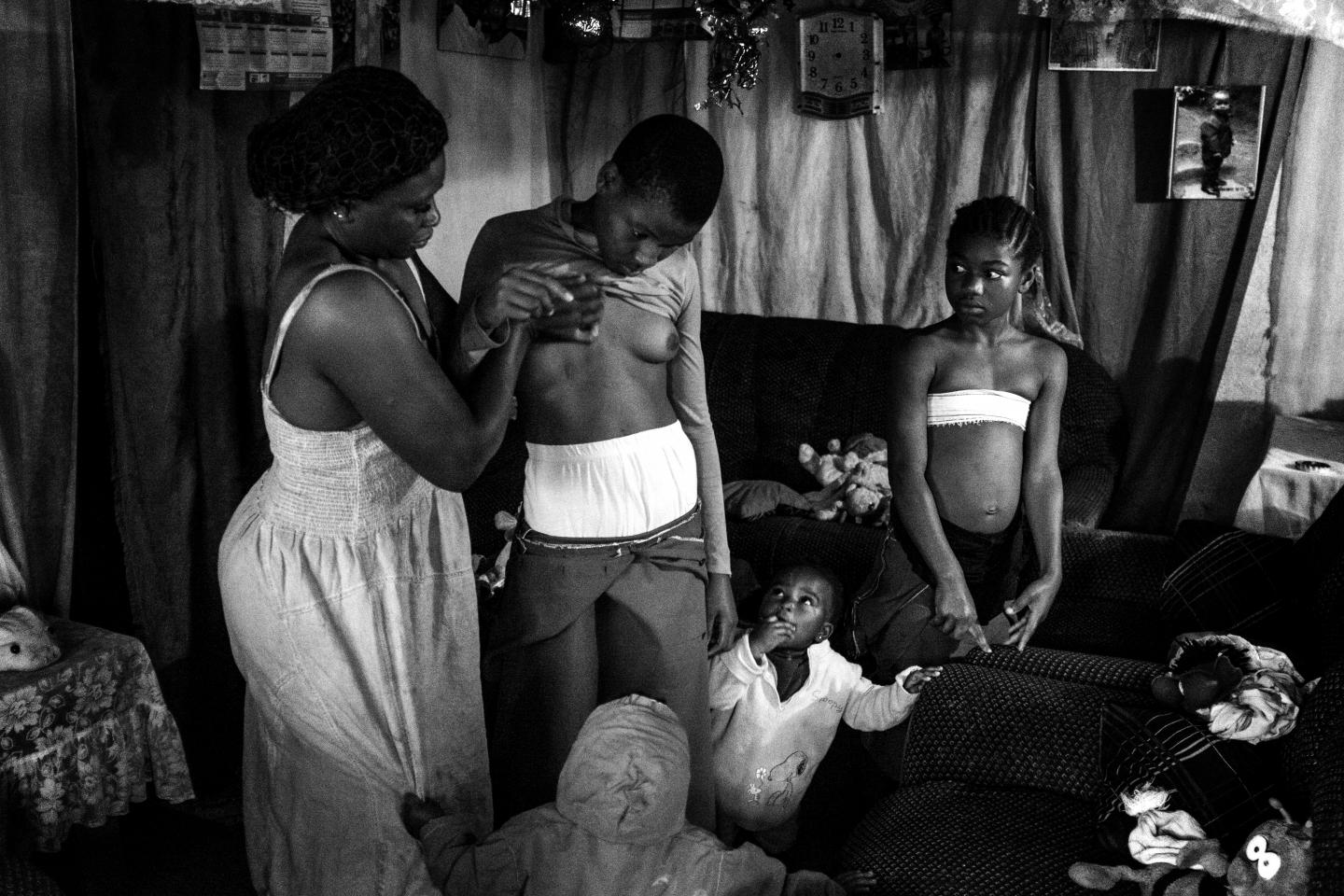 Female genital mutilation (FGM) is unfortunately still very pervasive in many cultures. Mostly, when one thinks of female genital mutilation, the idea of female circumcision, done as a punishment, springs to mind. But breast ironing is a huge problem that often gets overlooked. Female circumcision is normally done to punish the girl, or to deprive her of sexual pleasure (especially in cases of sex trafficking). That’s sad enough already, but what gives the concept of breast ironing that extra pang of hurt is that it’s usually mothers who perform the ironing on their daughters.

Breast ironing is one of those things that simultaneously continues to enforce rape culture while being a direct result of rape culture. Why would a mother do that to her child? Most people would probably assume she has some sort of hatred or jealousy towards her child. But what makes it hurt so much is that it’s done with the best of intentions- to protect the daughter.

There’s a story about a woman who was a grandmother by the time she was 28. She had five children, and her fourteen-year-old had a child as well. The woman was raped and was left to take care of the children that were a result of the assaults. It was hard for her to watch that happen to her child too, and she decided she didn’t want any of her other daughters to suffer that. Her 8-year-old and 10-year-old were beginning to develop breast, in the early stages of puberty. The mother took to ironing their breasts, by using mortar stones to press them down. The daughters did not see this as malice or abuse but as a sign of protection.

About 30% of women from all non-western cultures have gone through breast ironing in one form or the other. Studies have shown that it’s almost always the mother (if not, it’s done by another female relative, or by the girl herself). Breast ironing is done by pressing down the breasts using heavy objects, or by wrapping the breasts tightly to stunt growth (think: Chinese feet wrapping). Breast ironing can lead to all sorts of developmental problems and can result in lumps. And truthfully, breast ironing is a painful practice that rarely actually stops the breasts from eventually developing.

We know that rape is never the victim’s fault. We know that breasts are natural for women to develop and that flattening them down might not even stop an assault, as rape is done for dominance, not due to lust. But in impoverished areas, this knowledge is not enough to stop a woman from getting raped and being forced to take care of the children. In most of the areas that breast ironing happens, abortion is illegal as well.

Breast ironing is a horrible practice that puts blame on young girls. It implies that something so natural as breasts are dirty and sexual. It implies that the responsibility to not get raped is on girls, not the actual rapists.

Though I think breast ironing is counterintuitive (and horrific), I understand the desperation and helplessness a mother must feel when she can’t help her children. Breast ironing has been illegal for a long time now, but until education about rape culture and sexism gets better, the practice will probably continue. I hope one day, young girls don’t have to grow up thinking it’s on them to not get raped. And I hope one day, we can actually keep our girls safe,t instead of resorting to practices such as breast ironing that feed into the misogyny that caused a need for it.

Why ‘Jokes’ About Marriage Cross The Line Into Insults

‘You Couldn’t Make It Up’: London Pride Led By TERFs