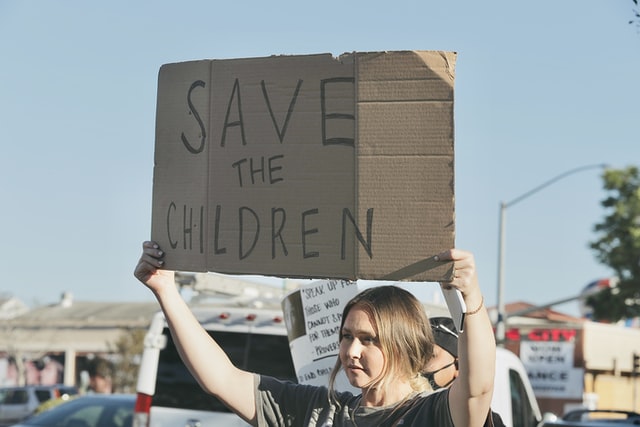 Photo by Joel Muniz on Unsplash

As the ensuing COVID-19 pandemic continues to ravage the world with the global death count surmounting 700,000, some demographics are hit much harder than others, either directly or indirectly. Homeless children in several developing countries are struggling to make it through the day.

“In particular, young children (aged ≤5 years) living in temporary accommodation have an invisible plight that might not seem obvious to many people… but are perhaps the most susceptible to viral infection because of pre-existing conditions (eg, diabetes, asthma, epilepsy, anxiety, depression),” an article published in the Lancet journals states. “Additionally, these children rarely have the ability to self-isolate and adhere to social distancing, with previous extreme inequalities and inequities in accessing health care becoming exacerbated.”

The plight of street children

In Indonesia, the Southeast Asian country most seriously affected by the pandemic, homeless shelters, schools, and other public schools have been closing in an attempt to flatten the curve.

The Indonesian Ministry of Social Affairs states that there are 40,000 homeless children in the country. These are children of divorce, orphans, or destitute, forced to live on the streets.

Indian street children, out of whom 10 million are laborers, have been forced into inhospitable conditions by their employers due to the closing of businesses. Children have been sent home without pay resulting in them taking to the streets to survive.

80% of these children do not have any legal identifications and hence do not have access to government-funded social benefits such as free and compulsory education and health insurance.

Iran, which finds 33,000 children between the ages of 5 and 18 living on the streets, has blamed these children for the spread of the virus. There are currently an estimated three to five million child laborers in Iran.

In response to the growing number of cases, a member of Iran’s Islamic Republic’s parliamentary commission on health called these homeless children “the most important source of transmission of the coronavirus.”

In a viral video recorded in Tehran by a member of the Basij internal security forces, two children are compelled to eat the flowers they were selling, including their plastic coverings. The Basij member reprimanded the children for illegal street trading and recorded the video as a warning to other children doing the same.

However, children are appearing to face the brunt of the COVID-19 health crisis in leading countries as well, albeit in a different context.

US President Donald Trump repeatedly made false statements about children’s fictional immunity to the virus. These statements came following the president’s frequent desire to reopen schools and universities throughout the country, even as the cases are skyrocketing. Over five million cases have been confirmed with 172,000 deaths, making the United States the leading country in the number of COVID-19 cases. President Trump went even as far as threatening to cut funding for schools if they do not fully reopen.

Earlier this month, 15-year-old Hannah Walters of North Paulding High School in Dallas, Georgia, faced suspension (which has since been revoked) for posting a picture of her crowded high school corridor where only a few students are wearing masks.

The US Department of Health’s latest statistics shows that children now make up about 7% of the country’s total cases. This statistic was much lower earlier this year during the lockdown, and the Center for Disease Control has inferred that this number has been aggravated due to lockdown orders being lifted.

Children now pose the risk of transmitting the virus to family members, teachers, and other people they may come into contact with even if they themselves are not affected by it.

Similarly, UK prime minister Boris Johnson has been vocal about his priority to reopen schools fully for incoming students with both proponents and opponents, given the state of the country’s economy. The UK’s GDP had fallen to a record low of 20.4% in the second quarter of 2020.

Experts are weighing the crumbling economy against a possible repeat of the pandemic’s effects in March which ravaged the country.

“If we go back to the same level of contact that we had in March, then we will go back to the same level of epidemic growth,” Graham Medley, professor of infectious disease modeling at the London School of Hygiene and Tropical Medicine told CNN.”A school of 500 children could connect 300-400 homes. And homes with more than one child who go to different schools, connecting all the households in both schools. So, you can see how, when all schools are open, the network can get enormous very quickly.”

Read also:
The Case That Could End The Roe v. Wade Era
When Sex-Ed Meets New Media
The “New Normal” And The Start Of A New Dilemma