Immediately before New York Representative Alexandria Ocasio-Cortez was about to be sworn into Congress as the youngest woman ever elected to the House, an exuberant video of her joyfully dancing was leaked online. It depicted the Congresswoman in a Boston University college t-shirt on a rooftop, grinning and spinning to music.

The footage was a poor attempt to embarrass Ocasio-Cortez, but it backfired phenomenally. Ocasio-Cortez fired back to the leak with a video of her own on Twitter, one where she is seen dancing in front of her new office with the caption: “I hear the GOP thinks women dancing are scandalous. Wait till they find out Congresswomen dance too! Have a great weekend everyone :).”

Ocasio-Cortez’ response was a beautiful shut down of an endeavor to humiliate her, but the fact that this incident even occurred reveals just how far our nation still has to go with women’s rights. Why would footage of the Congresswoman dancing be an object of embarrassment? Dancing is not inherently lascivious, and Ocasio-Cortez wasn’t wearing anything revealing in the video. Even if she had been twerking in a skimpy bikini, there would be nothing wrong with that. It would be her choice and for some women, showing skin is empowering (while modesty is empowering for others). It doesn’t take away any of her value as a woman or any of her merit in government.

Plus, the double standard that exists is so absurd that it is almost comical. During Brett Kavanaugh’s trial, the Democrats would bring up his excessive drinking in high school and college and be quickly silenced by the GOP, who would retort with “That was a long time ago!” Does the same not apply to Ocasio-Cortez? The Republicans trying to use a video of her from her college days to tear her down is not only wrong but also hypocrisy. The other issue that lies within this incident is that the GOP believed this footage would incite mockery of Ocasio-Cortez. It was a fun, frivolous video, so why would Republicans see it and think that they could use it to manipulate this congresswoman?

We can derive the reason for this from our world’s long history of shaming women. Women are oversexualized on screen, in media, in advertising, et cetera, but when it comes to women acting sexual- such as an underwear model, a stripper, or a prostitute, they are shamed for it. Women are expected to act pious and proper while our bodies are objectified everywhere we look. A woman doing anything remotely suggested lascivious tendencies is dishonored. That is the GOP attempted to use a video of Ocasio-Cortez, a woman, dancing as a tool for humiliation. The video wasn’t remotely sexual, but when sexist people look at it, they extend its suggestion to actions of lustfulness. And they decided that was something shameful. No one will ever know why it is considered shameful for a woman to be sexual (while their sexualization is prevalent), but it needs to come to a stop. And Ocasio-Cortez beautifully executed this with her comeback, proving that there is nothing wrong with a woman dancing, or, for that matter, nothing wrong with a woman embracing her sexuality. 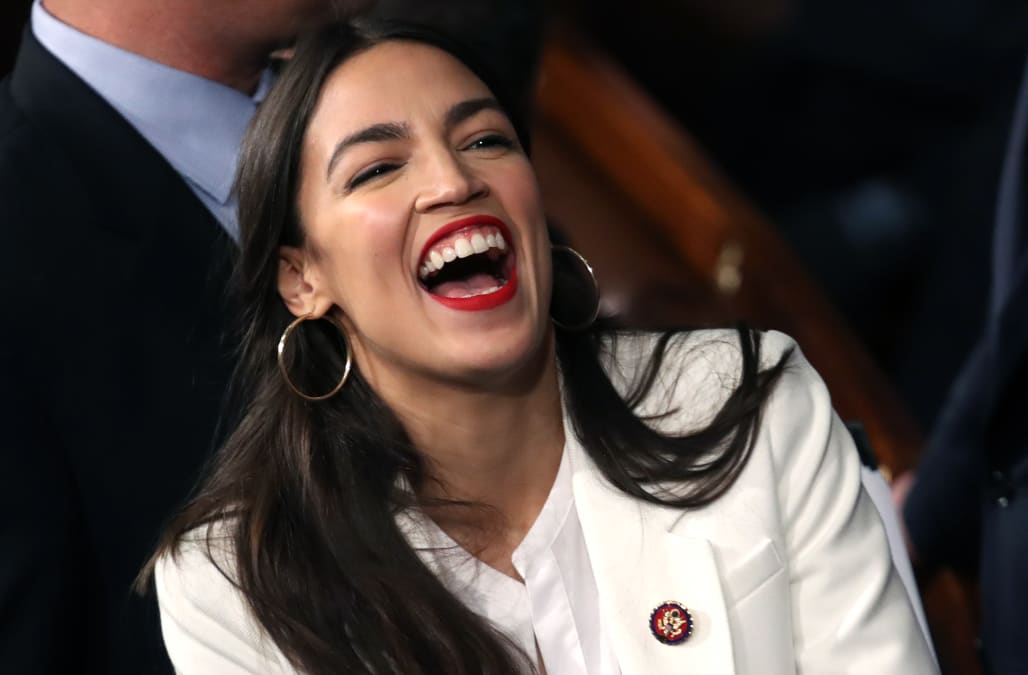 The Boy On The Bus

Domani Sharkey is a human high school student who hopes to pursue her passion for learning about the universe by studying astrophysics in college. A night owl and frog enthusiast to the core, she also holds a love for books, writing, math, art, and Marvel movies. In her free time, she can be found abusing her local library's hospitality and testing the amount of hazelnut iced coffees one person can consume in a day before the effects are fatal.