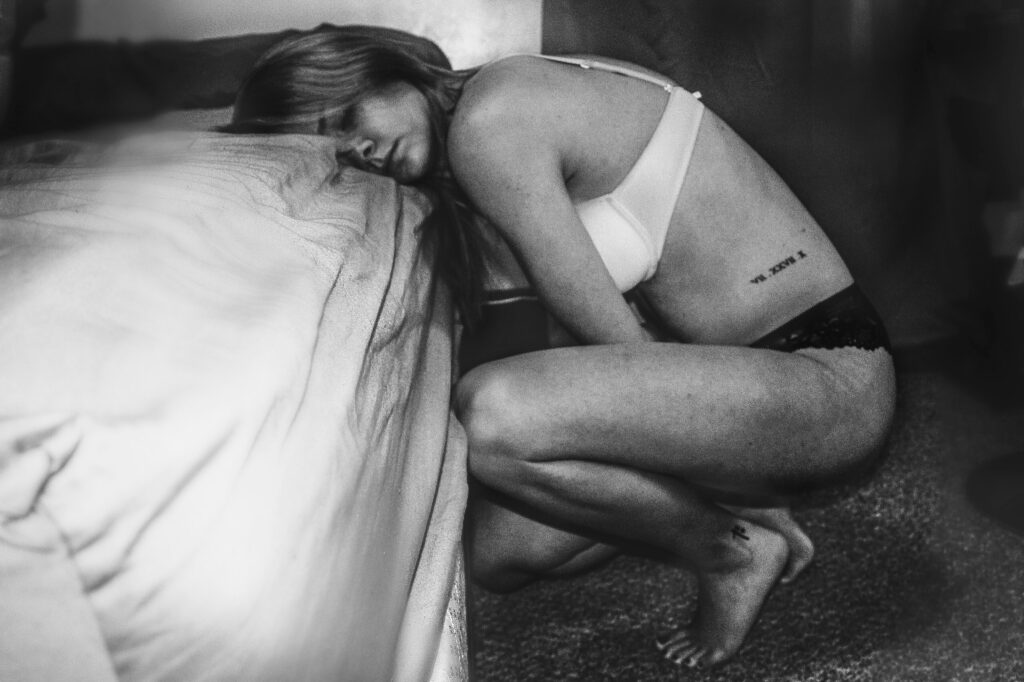 As a woman living with chronic pain, I dread stepping into my doctor’s office. As the other patients’ minds meander or switch off while waiting to be called, I’m in rehearsal mode. Be assertive, I tell myself. Don’t appear weak, don’t trip up on your words, and whatever you do, do not cry. If he asks about my occupation, I decide to mention I’m considering law school to paint myself as a highly rational and critical thinker. What’s the purpose of all this preparation? If you’re a woman reporting pain, prepare to be disbelieved, dismissed or even ridiculed by medical professionals.

In a survey of more than 2,400 women with chronic pain levels, a staggering eighty-three percent said they’ve experienced gender-based discrimination from healthcare providers. When a woman complains of pain, it’s probable she’ll be met with skepticism. Furthermore, her healthcare provider may communicate, either in explicit or implicit terms, that the pain she reports is psychosomatic or simply the result of ongoing stress.

This gender-based dismissal of pain is a prevalent issue in the healthcare realm. Research reveals that nurses and doctors are less likely to prescribe painkillers to women following surgery than they are to men. Researcher Karen L. Calderone notes ‘’Health care professionals are taught that (narcotics) should be dispensed more conservatively to the expressive patients, who tend to dramatize their pain, and more liberally to stoical patients.’ The problem is, of course, that women (in general) have a stronger tendency to express their feelings. Their verbal expressions of pain are interpreted by professionals as episodes of ‘nagging’ or ‘whining,’ rather than true statements reflecting their level of pain. Another study reveals women are kept waiting sixteen minutes longer than men when reporting to A & E with severe abdominal pain.

Disbelieving women and downplaying their symptoms are nothing new. In the 19th century, Sigmund Freud coined the term ‘hysteria.’ Hysteria became a common label applied to the symptoms experienced by a woman – a catch-all diagnosis pointing to the mind as the birthplace of all her symptoms. Medical professionals know multiple sclerosis afflicts more women than man. Even though women are more likely to suffer from MS (which can lead to paralysis), historically more men were given the diagnosis. Women’s MS symptoms were attributed to hysteria until the MRI arrived and uncovered the presence of brain lesions.

Although women are no longer diagnosed with hysteria, clinicians still treat women’s pain and health issues as though they are exaggerated and psychological in nature. If a woman presents with symptoms that modern technology cannot diagnose, by default, her symptoms become the result of a mental disturbance. Myalgic encephalomyelitis (M.E) and fibromyalgia, for example, predominantly affect women and are difficult to diagnose. Although accurate diagnostic tests have yet to be developed, research into these conditions continues to unveil biological biomarkers and contest assertions that these conditions are, in any way, psychological. Both conditions have the potential to severely impact a person’s life, to the extent many patients must surrender their livelihoods. Some become bedbound and require full-time care. Despite these realities, the overwhelmingly female populations of these conditions are treated as though they are participants of mass delusions.

Women of colour may face further belittlement and find themselves the victims of different prejudices in the doctor’s office. Black women with symptoms of endometriosis are often misdiagnosed with sexually transmitted diseases. A diagnosis of endometriosis relies on laparoscopic surgery and the decision to perform it is often based on a doctor’s validation of his or her patient’s pain. In other words, does the doctor trust her story of pain?

The refusal to believe women and what they say about their bodies is a large, tumorous problem in society. Our sufferings are regularly denied. If a woman tells the world she’s been raped, she must be a liar. If a woman tells the world she is in pain, she must be exaggerating. If doctors don’t begin taking women seriously, the implications are dangerous. A woman’s quality of life is at risk. It’s time healthcare providers became aware of their biases and began fixing the problem to better serve their female patients.

The Type of Sexual Assault We Don’t Talk About: Coercion 18343