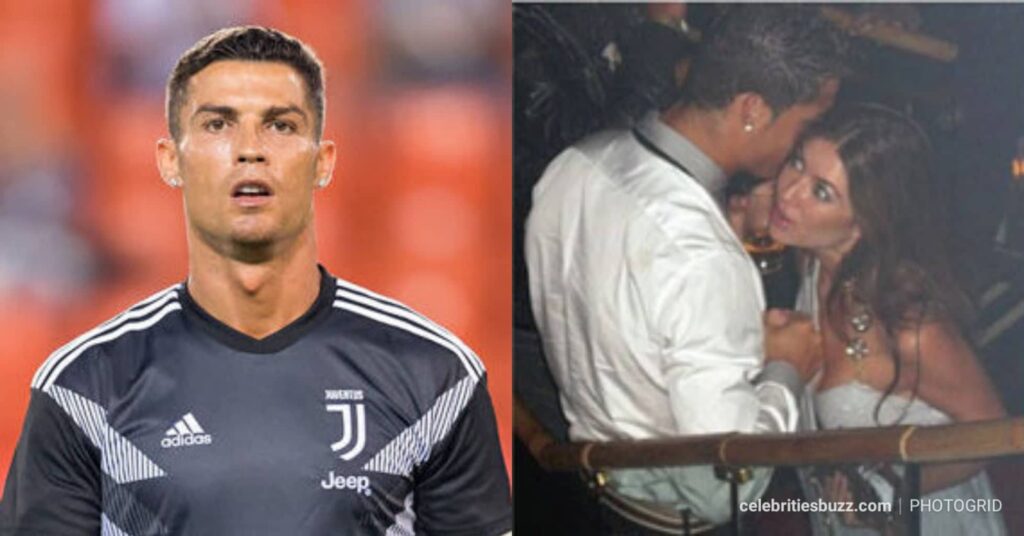 Another day, another disappointing surprise.

The #MeToo movement has yet again inspired another woman to reveal her personal nightmare. Her name is Kathryn Mayorga and she is an American woman. Who is she accusing? The accused is a surprise for many. He is Cristiano Ronaldo, an insanely famous football player, who is madly adored by millions across the globe.

Post-incident, she said that he uttered “I am usually a gentlemen.” He apologised, but the damage had already been done.

She explicitly stated in her exposé that she repeated ‘No’ to him but, he proceeded to rape her anally without utilizing a lubricant or protection. Post-incident, she said that he uttered: “I am usually a gentleman.” He apologised but, the damage had already been done. She also stated that a document signed by him for the payoff settlement includes his version of the incident in which he admits that she said ‘no’ repeatedly.

Mayorga claims that her silence was bought and ensured by a staggering $375,000 worth payoff shortly after the incident. He managed to protect his reputation but, the money did not help her recover from it. She has never been the same since. Nine years later, she finally mustered up the courage to break it out to the world.

What is wrong with her story is how many of us still treat revelations of sexual abuses and assaults. It is like there is an ongoing smear campaign that goes on against women, who brave themselves and expose their ordeals to get justice.

Major news outlets are now picking up this story and it is headlining many other tabloids but, people are yet to give it the attention it deserves despite this allegation being one of the scandalous accusations anyone has ever thrown at Ronaldo over the years.

Ronaldo is one of the gentlemen in the football world because he has generously contributed for charity and still continues to do so. He is affectionate to his fans and is an exceptional player on the pitch. He is idolised with devotion by millions. Due to all of the above, he is rendered the benefit of the doubt by many without hesitation. Women, however, are often not and it sickens me.

I write this because a male friend of mine effortlessly discredited her claims as soon as I told him of it. He spoke like many other men, sadly. “He would not have done that. People are out to get him because he is insanely famous.” My friend then continued “Why is she only coming out in the open about this now?” Hearing this infuriated me. People never seem to believe victims and survivors in the first place. If you keep asking them why they wait, many would not even come up with the truth because you refuse to address their concern them when they do.

When you ask why reveal now, do us a favour and ask how serious the allegation is instead.

A women will not be believed without doubts when she reveals something shocking like rape when all that can corroborate her claims are her statements alone. Hence, you cannot blame Mayorga. Ronaldo is more than just an active footballing legend. He has his own hotel, clothing line and even a museum that glorifies his achievements. His star power and wealth is unmatchable to Mayorga’s. Fear of losing it all and getting reduced to nothing caused her to take the money. She thought she did not stand chance against him. This reminds me of Weinstein. Weinstein had paid off Rose McGowan to ensure her silence but, she, too, exposed him after years of keeping quiet. When you ask why is this being revealed now, do us a favor and ask how serious the allegation is instead. If you still reckon Ronaldo is worthy of the benefit of the doubt, ask yourself why he paid her in the first place? If he had nothing to fear, he could have easily challenged her allegation.

If you think a person like Ronaldo is not capable of such misdemeanor, think again. I suggest you recall what Bill Cosby, Kevin Spacey and Aziz Ansari had done. We need to break this unhealthy and dangerous attitude towards sex. Besides, Ronaldo is not impeccable. He was found guilty of tax evasion worth millions but, he luckily avoided jail time. He had initially pleaded not guilty to the charge. Read more about it here. 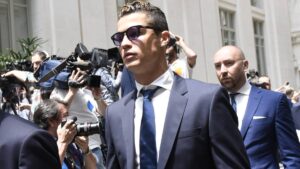 Another thing that is wrong: People are labelling it as a consensual act because she flirted with him, too. In what world does flirting mean consent? People flirt because it is fun. Rape is not a fun. Even workers of a bordello have a right to consent to any acts of sex. Girlfriends and wives, too, can refuse to provide consent. They have a right. They can say ‘No’ at any point of time and it is the responsibility of the man or woman to comprehend the other person’s interest and stop. Verbal explicit consent is a must and is not to be compromised. Mayorga alleged that she told him to ‘Stop’ but he did not.

It is as if women can never really share their excruciating experiences without them being doubted and get their character assassinated.

I wish that my friend (like many other men) had rather resorted to wanting to hear the women’s side of the story. It is as if women can never really share their excruciating experiences without them being doubted and get their character assassinated. I am reminded of the biased Senator Graham. How many men like him are out there? The fact that many men are fast to shrug it off by saying it is a desperate claim to gain fame and deny Mayorga the right to get a trial is disgusting. Misogyny shows and it is repulsive.

Mayorga stated that she has three reasons that made her finally reveal all that happened. Firstly, she found herself a new, fearless lawyer, who believes that a 27-page document comprising Ronaldo’s version of the incident is a solid evidence. Her undaunted lawyer also believes that the non-disclosure agreement that Mayorga signed years ago is not legally binding. Secondly, #MeToo movement has been gravely instrumental in inspiring Mayorga to bring this up. Watching tens of thousands of brave women like Rose McGowan made her realize that her decisions are not for others to make but, herself. She may have been paid to be silenced but, justice has not been served. Thirdly, she is curious if she is the only one Ronaldo has ever sexually abused.

In my opinion, a victim or a survivor needs no reason to speak of the incident. She or he shall speak at their own will and be given necessary attention when they do.

In my opinion, a victim or a survivor needs no reason to speak of the incident. She or he shall speak at their own will and be given necessary attention when they do. I feel compelled to give Mayorga the benefit of doubt for two things: She has been brave and going against a big gun like Ronaldo requires more than bravery – truth. She is known to possess a document that could ruin Ronaldo’s multi-million dollar empire.

Regardless of the disputes, Mayorga’s voice matters because nobody except Ronaldo and Mayorga knows the exact context of this whole episode and she deserves to be heard, just as much as he does. If you believe survivors like Dr. Ford, you should believe Mayorga, too. If you refuse to comment, find it in you to understand the pain and disgust people like Mayorga could have felt all these years and be human enough to agree that she deserves a trial. Having said that, the Los Angeles police department has reopened the case. Ronaldo has just recently refuted the claims of Mayorga and stated that it is against all that he believes in. We shall await the verdict then.

Jananieswary Kalisvaran
An ardent foodie with a knack for writing from Kuala Lumpur, Malaysia.

5 Reasons Why You SHOULD Date Indian Girls 14784