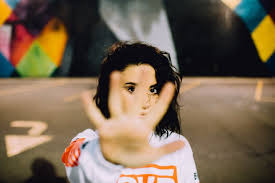 Since January 1, 2020, I have seen an increase in social media posts about fitness, weight loss, and body transformations. This is understandable as 50% of individuals in the United States say exercising more is their New Year’s Resolution, and 37% of individuals say weight loss is their New Year’s Resolution. While I am a huge supporter of a healthy lifestyle, I filtered through these posts and saw, very clearly, the toxicity of fitness culture.

Now, I congratulate those who have lost weight, transformed their bodies, and are focusing on health and wellness for a better life. I have to admit, I feel proud of myself and my strength after accomplishing a workout. I have nothing against going to the gym, going for a run, and taking fitness classes such as yoga, kickboxing, and Pilates. However, the social media posts on various social media platforms, illustrate how toxic fitness culture really is.

There are numerous ways in which the toxicity of fitness culture arises and appears. I have encountered two: the language is spoken or posted/ the narrative circulated, and the images displayed.

The toxicity of fitness culture establishes a specific type of language. This language is laced with encouragement toward eating disorders, disordered eating, an unhealthy relationship with food, and an obsession with exercising. For example, some who position themselves within fitness culture publicly use language such as: “food is the enemy.” Not only is this language incredibly harmful, but the narrative individuals create with this phrase is both harmful and concerning.

When I was fourteen years old, I had a best friend. I called her Ana. Full name, Anorexia Nervosa. This friend of mine was the one who told me food is the enemy. She drilled this into my head multiple times a day. She was harsh, ugly, and dominating. But, she was successful. Her methods, her belief that food is the enemy forced me to stop eating. Yes, I starved myself. I became scared of my enemy, never going near it, and never consuming it. For years, I didn’t surrender to my enemy. I ignored the hunger pains, the hair loss, the missed periods, constantly feeling like I was going to pass out when standing up, and the bones stabbing into my mattress at night when I wanted to sleep.

At this time, I also exercised. A lot. I did cardio, kickboxing, and hours of laps in a pool. I ignored nausea, dizziness, and the ache throughout my body that made me feel like I was being torn apart. To me, it was all worth it. My body changed and I became thin… emaciated… beautiful.

This language, and simultaneously this narrative in fitness culture, views eating disorders, disordered eating, and an unhealthy relationship with food as a positive. It’ll assist you in your weight loss and your body transformation! What’s better than that?

People hear, and see, this language and narrative and they become obsessed with exercising and going to the gym. Some workout multiple times a day. Some miss spending time with friends and family because they have to go to the gym. Some exercise when they are sick. Because, according to fitness culture, nothing should stop you. You can never skip a day.

I was exposed to this. I became obsessed with exercising. I worked out seven days a week and then felt incredibly guilty when I skipped a day. Just one day! I would look at my body in the mirror and believe that I gained ten pounds because I didn’t work out. I believed that I was huge, and I would pinch and poke at the skin around my stomach. This was not healthy. This was not okay.

In reality, people should skip a workout or gym day if they’re feeling aches and pains, or if they’re sick. It is so important to listen to your body and rest when you’re not feeling well. If those who love, and participate in fitness don’t, they can seriously injure themselves and make themselves extremely sick.

This language and narrative in fitness culture essentially views skipping a workout, or skipping gym day, as something extremely negative. It’s a way to prevent weight loss and body transformations.

The next form in which the toxicity of fitness culture appears is through the images posted on social media platforms. These fitness images glorify thin, toned bodies for both women and men. I’ve found that these images are typically circulated around Instagram. These images are also unhelpful and harmful to those who view them.

Additionally, these images cause individuals (both women and men) to develop unhealthy thoughts or attitudes toward themselves and body image. To be more specific, the images posted by fitness culture create an increase in body dysmorphia and negative body image. It is also another way for individuals to engage in eating disorders, disordered eating, and an unhealthy relationship with food.

Forget fitness culture. It’s toxic. Instead, love yourself and your body as you are.

The Type of Sexual Assault We Don’t Talk About: Coercion 18344