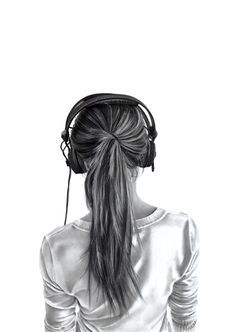 When I was in sixth grade, Taylor Swift started to become a household name. I had all the songs from her first three albums downloaded onto my iPod. It was the only playlist I listened to on the school bus, and I used to play a game with my best friend where we would test each other with lyrics to see if the other could complete them. We were, to be frank, in awe.

At that point, English was my second language. I did not speak English at home as my American friends did. But having gone through kindergarten through sixth grade in American schools, I was perfectly fluent. The language fascinated me; I didn’t understand the most elementary literary terms, had no idea what conjunctions or poetic styles were, but I knew well that I loved listening to Taylor Swift’s lyrics. She had a way with words, didn’t she? Doesn’t she still? I was twelve years old and didn’t know the first thing about romance or heartbreak, but her songs always made me feel like I could place those emotions in myself. She knew how to say just the right words so that you would be able to feel it.

Taylor Swift was the reason I ever started writing songs. I knew I loved words, I knew I loved music, but I had never thought of writing them down like that. I started using the Notes app on my iPod to pen down poems and song lyrics.

By the time I reached eighth grade, somehow the kids in my class had absorbed the idea that liking Taylor Swift was embarrassing. An avid fan, I got the memo pretty late – when a friend of mine asked who my favorite artist was, and I said Taylor Swift and he laughed, that’s when I realized something was a little off. It had never been a problem before, had it? Taylor Swift was amazing, she was a brilliant lyricist, so I didn’t understand why he thought my answer was funny to him.

I was a little quieter about liking Taylor Swift after that.

When I moved across the country the summer before ninth grade, I felt more alone than I ever had before. I didn’t know anyone at my new school, and I was too insecure, too shy to try talking to someone new just to befriend them. Every morning and afternoon on the school bus I’d put my music on shuffle and melt into it. (There was a horrible lack of Taylor Swift in that playlist.) A particular song got me through the mornings when the sun hadn’t risen and when I wanted nothing more than to get off the bus and wander away from the school: Through the Dark by 1D and its promise of solidarity, I’ll carry you through the dark, softened my sick heart for a while. But I never told anyone until almost two years later… because I was embarrassed to say I liked One Direction so much. Because once I told a classmate I was excited for One Direction to release their newest album, and they laughed. And when I asked what was so funny about a talented group of singers, they said ‘you’re a 1D fangirl? They’re so overrated, you know. They just have fangirls because they’re hot.’

I didn’t even know how to respond. I didn’t like them because they were attractive. I liked them because they made upbeat music, they made slow songs, they sang lyrics that played on a loop inside my head because the words were riveting. So to hear someone label them as overrated… it astonished me.

My last example: a couple of months ago, my best friend sent me a music video, and said watch this! Everyone’s talking about it, I think it’s really cool too.

It was MIC Drop by BTS. I was hypnotized, by how different (yet similar) k-pop was to mainstream American pop music. I had never liked English rap, but the k-pop Korean rap was so melodic that it hooked me, and the synchronization and strength in their choreography was captivating. I listened to a couple more songs, read lyric translations, learned a bit about their history – and that was it, I was a fan. Their talent, their rise to fame, their humility and kindness, and the messages of youth and love and maturity in their songs were the reasons I started to support them, and the reason I still do.

But even now, a little older and able to defend my likes and favorites to bigoted (if not misogynistic) people, I don’t know how to tell people that they need to peel away their bias against teenage girls.

Fangirl is a word I hate. I know I shouldn’t because there’s nothing wrong with it – I’m a fan, and I’m a girl, so that makes me a fangirl. But I have a friend that still says offhandedly that she wouldn’t want to go to a BTS concert because of the ‘screaming fangirls’ as if their entire fanbase is made of girls (it’s not) and as if all girls do is scream unbidden (they (we?) don’t). Maybe it shouldn’t annoy me as much as it does, maybe I’m reading too much into a comment that a friend made without much thought.

But Taylor Swift, One Direction, BTS – I’ve heard people call them overrated, seen too many people scoff and roll their eyes when I ask if they listen to my favorite artists. And I’ve tried to get a straight answer out of them, why don’t you like them, and every time, I get some sort of evasive maneuver, as if the answer should be obvious.

If I tell people I listen to Cardi B or Drake, I’m a fan.

If I tell people I listen to BTS or Taylor Swift, I’m a fangirl.

What’s the difference? Why do the people I talk to always say fangirl with contempt like it’s something to be ashamed of? If society has been trying to change the connotation of the word fangirl so it sounds negative, they’ve succeeded. I get uncomfortable when people try to call me a fangirl. It’s almost degrading. It’s like saying you’re obsessed. You’re irrational. They’ve reduced me to a mess of squealing and screaming as if I’m incapable of taking messages from music, forming connections, being inspired.

Music was a coping mechanism when I moved coast to coast and had to start all over again, a brown girl in a white community, lonelier than I’d ever been. And I tried to share that love with people I met. In return, they ridiculed it. They took that away from me.

It’s no wonder female fans of big-name artists are known for being snobby. For starting flame fights when someone says something offensive to them. What are we supposed to do, sit back and take the misogyny? Why does admiring a boy band automatically make me a hormonal teenage mess? The only true part of that description would be the teenage part. And okay, everyone’s hormonal, but liking a boy band doesn’t mean I want to date them. Doesn’t mean I’ll melt at the sight of them. The dramatic Twitter accounts and Tumblr posts are just that – dramatic.

Being emotional is made out to be a weakness. You cry at a concert, feel heartbroken over the message of a song, get excited at the release of a music video, and suddenly you’re nothing but an emotional fangirl. What’s so wrong with being empathetic? Maybe music someone’s coping mechanism. Maybe it’s their passion.

I still haven’t figured out exactly what society wants. Is it to degrade the passions of girls? To tell girls that if they like something, it’s automatically overrated, or ridiculous? Because they’re succeeding. They’re doing so well that they even get girls to start degrading themselves. Society has been so intent on belittling the entire female half of the human race that they’ve targeted the most vulnerable ones: the ones that are still growing, still learning, still molding to the world around them. I stopped listening to Taylor Swift and One Direction because everyone told me I was basic or uncool for liking them. At least I’ve caught up with the times, now. Nobody’s going to tell me I can’t admire BTS for what they do. Nobody’s going to stop me anymore.

Maybe the next time a girl tells you she likes a mainstream artist or something “girly,” you’ll tell her that’s cool and ask her what do you like about them instead of I can’t believe you, seriously?

Maybe you’ll say will you show me? instead of I’d never listen to them. Maybe you’ll discover something you like. After all, there’s a reason their names are so popular. There’s always something worth loving.

Saahiti Potluri
Hello! My name is Saahiti, and I live in the USA. I have a passion for writing and I believe equality is a basic human right, so being a writer for the Women's Republic was a wonderful opportunity to show my thoughts on subjects that often get overlooked or ignored. I hope I can help at least one person understand the movement a little better.