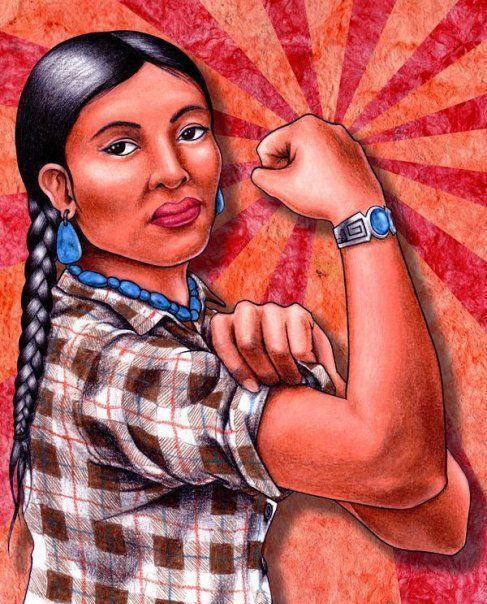 Now, don’t get me wrong. I love feminism. But sometimes, we forget about the fact that our intersectional feminism means intersectional. And that includes Native Americans. Native American women are often the unseen victims of misogyny, and when extending a hand of women’s rights, we need to remember that they are there, too.

Native American women suffer a lot more than most people realize. And the American society’s often self-centered media does not do their grievances justice. The lack of coverage of Native Americans, in general, is unfathomable – they are consistently absent from our classroom discussions and “history” textbooks (which usually just include the genocidal, imperialistic expeditions of old white supremacist men: cough, cough, I’m looking at you, Colombus). Even though this country’s Congress experienced the great elation of recently swearing in the first ever Native American women, the ladies of this ethnicity deserve some special attention in this brief composition. Here are the facts:

Native American women are 2.5 times more likely to be raped than white women.

In a 2010 survey in Seattle, it was reported that 94% of Native American women had been raped or coerced into sex.

1 in 3 Native American women will be raped in their lifetime (compared to the 1 in 5 women in the United States).

4 out of 5 Native American women have experienced violence in their lifetime, 52% higher than the national average.

I could go on and on, but I quick search into Google will leave your questions answered and your moral compass buzzing with its needle continuously pointing at, “This is wrong!”

Native American women are sexually assaulted and raped at mass rates, and the hypersexualization of their bodies is one factor in this. Ever since Native American tribes found Christopher Colombus lost at sea in 1492, Colombus proved himself to be a repulsive cretin of a human being, murdering natives and raping Indigenous women, setting the foundation for centuries and centuries of the objectification of native women. One prime example of this disgusting fact is displayed every year in the USA on October 31st:

The fact that “costumes” of Native Americans, in general, are still available at major retail stores in 2019 is repugnant in and of itself, but when it comes to costumes of Native American women especially, one finds themselves utterly appalled. Indigenous women’s bodies are already exploited, but promoting disgusting costumes such as those simply maintain this image of Native American women that is fetishized and over-sexualized, perpetuating severely damaging stereotypes. People who believe that it is “aesthetic” or “sexy” to be an ethnicity/race for Halloween are extremely toxic, perilous people.

Not only does this sustain the excessive sexual violence that Native American women face, but it is also cultural appropriation. Native American women still face oppression, harassment, discrimination, and mockery for indulging in their traditional culture and parts of their tribes, ancestry, heritage, faith, et cetera, but when a non-native person posts a “cute” photo on Instagram with a feather in their hair, two braids, and an artificial, unearned headdress, that person is admired and receives compliments.

All in all, the extent to which Native American women are still oppressed horrifies me, but the extent to which it still goes unnoticed is what frightens me. We as feminists- and as people -need to stand in solidarity with Native American women and recognize their struggles so that we can work towards a more equal tomorrow. And so that we can continue our glorious, empowering journey of feminism, but this time, with our indigenous sisters included. I have hope: this future does seem feasible. I mean, it’s impossible to look at Sharice Davids and Deb Haaland, the first Native American Congresswomen, and not feel hopeful! 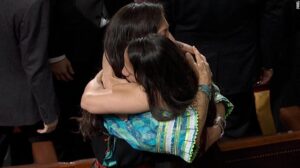