Japan, where the term “Womenomics” was originated by Prime Minister Shinzo Abe, back in 2014.

Currently, in 2019, a wholly owned subsidiary of Fast Retailing Co., LTD, UNIQLO supposedly appoints its first female CEO in Japan. Maki Akaida who joined the group in 2001 and worked in midtown area Kichijoji. She was successful in making it one of the most popular outlet in-spite if having UNIQLO outlets in posh districts like Ginza. However, she worked in many places from Shanghai to Niigata Prefecture.

36% of managerial posts in Fast Retailing Co. are appointed to women in 2018. Within the company, the Prime Minister’s target of 30% exceeded well before the deadline 2020. Maki Akaida being the first female CEO in the company can be a mentor, “create more mentors and role models for women to access the work, not just the workplace, the work career ladder” as Christine Lagarde, managing director of international monetary fund, enthusiastically pointed out in the meeting with Prime Minister Shinzo Abe in 2014.

The former CEO Tadashi Yanai is looking forward to having 50% of managerial posts going to women in Fast Retailing Co.

However, after the incident in Toyota with the first female executive, there was a doubt about reaching Shinzo Abe’s target by 2020. In Japan, Julie Hamp was appointed as the first female executive in Toyota. After 3 months of her post, she got arrested for suspicion of illegally importing the painkiller Oxycodone. She was released without charges later on. She chose to resign and work in her origin country US in 2015

With the sudden happening of events, with a role model collapsing, there was a slight doubt in observers about Womenomics concept. The agenda of Womenomics is to encourage women for employment after their first childbirth, eliminating daycare wait lists, to increase female leader representation throughout the country. The progress is slow, and far from reaching its target. There are many factors to consider, not to forget that women actually get a choice and they can choose to stay home (something they are fixated). It isn’t wholly about setting a target and achieving it, but also changing the mindset of a whole generation of a work-life balance. Now we can find many men also opting to work and spend time with family, unlike their earlier generation who worked for long hours staying away from family.

We don’t know if Maki Akaida will set an example for many more role models to come. However, this is the time we all start to work and become like a role model we never had. Maki Akaida has already become one.

Project Consent Continues To Support Us All

Knock Down Our Hearts: How Knock Down The House Inspires Us All 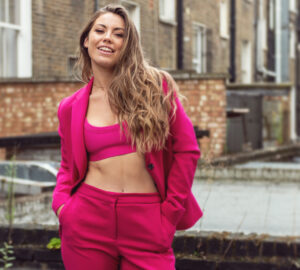 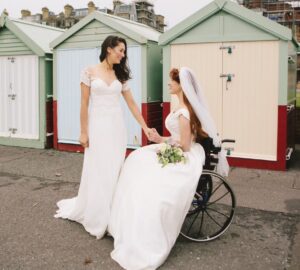