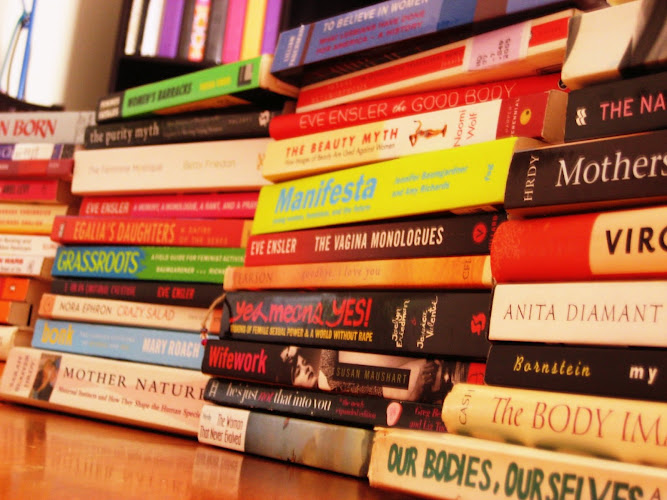 Background: A classic tale filled with love, sass, and sisterhood, Pride and Prejudice is arguably Jane Austen’s most famous work. In P&P, Austen showcases the courage and determination of Elizabeth Bennett and the empowering relationships she has with other women.  Bennet defies gender roles left and right during the novel, and rejects the notion that she must marry in order to obtain stability and happiness in life.

Best quote: “Do not consider me now as an elegant female intending to plague you, but as a rational creature speaking the truth from her heart.” – Elizabeth Bennet

Background: The Awakening centers on Edna Pontellier, a young mother in New Orleans who feels trapped in her role of wife, mother and homemaker. She embarks on a journey of self-discovery, which includes multiple love affairs, sexual independence, and even moving out of her husband’s home! The book’s ending has many controversial interpretations, and truly opens a dialogue on motherhood and feminism in the Victorian Era.

Best quote:  “I would give up the unessential; I would give my money, I would give my life for my children; but I wouldn’t give myself. I can’t make it more clear; it’s only something which I am beginning to comprehend, which is revealing itself to me.” -Edna Pontellier

Background: This eerie short story will shake you to your core. A woman diagnosed with hysteria is advised to rest in a small, dreary room at the top of an old Victorian home. The woman is forced to stay in bed all day, with nothing to do but look at the disgusting yellow wallpaper. Soon she begins to see things in the wallpaper, and is driven to madness by the isolation. Charlotte Perkins Gilman’s disturbing tale serves as a commentary for women’s mental health in the Victorian era.

Best quote: “It is the same woman, I know, for she is always creeping, and most women do not creep by daylight.”

Background:In this novel, Alice Walker focuses on the intersectionality of race and gender in the Deep South during the early 1900’s. The protagonist, Celie, writes letters to God, and later her sister, Nettie. Celie has undergone many unimaginable horrors in her short lifetime. She has persevered through being raped by her father, the forced removal of her children and her sister, and a marriage which is more akin to slavery. Still, she survives. One day, a woman named Shug Avery comes to town and teaches her new ideas about sexuality and standing up to men. She eventually leaves her abusive husband and begins selling pants- a symbol of her newfound freedom. The book ends happily with a surprise visit from Nettie and Celie’s long-lost children, who have been living in Africa for many years.

Best quote: “I curse you, I say. What that mean? He say. I say, Until you do right by me, everything you touch will crumble.” -Celie

Best quote: This spunky redhead will surely steal your heart before the end of the book. Anne is an orphan adopted by two elderly residents of Prince Edward Island. Her energetic but passionate personality enchants everyone on the island. The story centers on Anne’s teenage years, as she matures and grows into a strong young woman. Montgomery depicts the value on friendships between women and the merit in defying the norms set by society. Anne’s ambition and courage is the highlight of this lovely tale.

Best quote: She flashed one indignant glance at Gilbert from eyes whose angry sparkle was swiftly quenched in equally angry tears. “You mean, hateful boy!” she explained passionately. “How dare you!” And then — thwack! Anne had brought her slate down on Gilbert’s head and cracked it — slate, not head — clear across.

RyAnn Schoenbaechler
I am an undergraduate student studying Political Science. I am passionate about community service and women's rights!