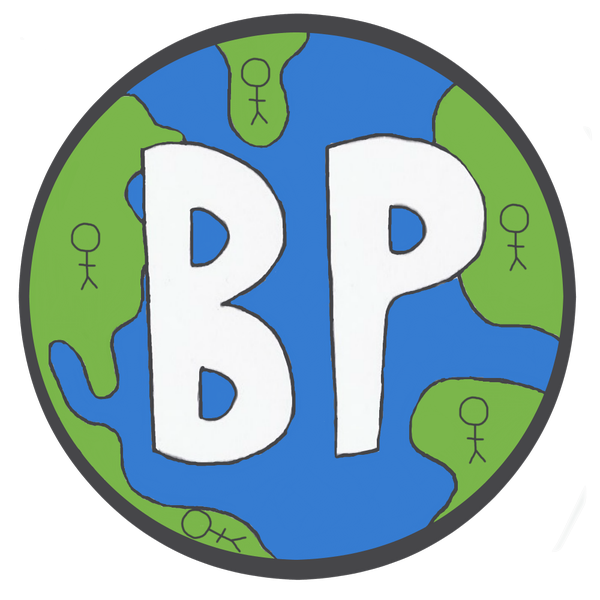 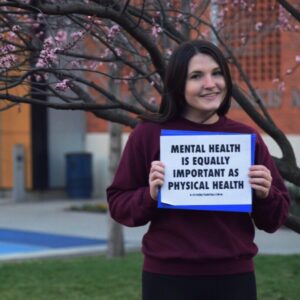 With friends from school and online struggling with mental illness, Gabby Frost wanted to stand up and make a difference.

At the age of 15, Gabby found that many people were expressing their suicidal thoughts online and how they felt like they had no one to turn to. She decided to start Buddy Project – a program that would pair people together based on their common interests.

Already with a fan account having almost 50,000 followers, Frost used the huge following to her advantage and spread her idea and gained support. She credits social media for the success of her organization.

“Social media was definitely the sole thing that helped me kick-start Buddy Project. Having connections to people throughout the world who were also passionate about mental health helped Buddy Project become what it is today.”

In September 2010, Gabby found herself struggling with friends and the relationships she had with them. By the end of her 7th grade, she felt like she had no one to talk to and felt abandoned by her best friend. While being a huge fan of Justin Bieber, One Direction, and Austin Mahone, many of her peers were judgmental of what she enjoyed.

“I wish that 13-year-old me had a way to find friends online that had the same interests as me. I wish I would have had a community that uplifted me throughout my struggles with social anxiety.” Reflecting on her own life, Frost strived to create a community online that she couldn’t find for herself.

Reflecting on her own life, Frost strived to create a community online that she couldn’t find for herself.

With being as young as she was, her age often made it hard for people to take her ambition seriously. Being a teenager only made her goal more difficult for her to reach. “Finding a community of young people who wanted to make a difference took a few years,” She recalls. “Now I have a bunch of groups that I look to for advice and support.”

Even though I am a 19-year-old girl, I have the same amount of potential to do something as anyone else does. I shouldn’t be judged or turned away just because of my age, gender, and interests.

She advocates for the younger generation who are oftentimes not taken seriously due to personal preferences. Gabby’s message is loud and clear to anyone who wants to step up and start an organization like she did, “Dreams are achievable. It may take a long time for your hard work to pay off, but don’t let that discourage you.”

It took in total almost two and a half years for Buddy Project to become a nonprofit, and Frost put all of her time and effort into making the organization as successful as it is today.

Over 185,000 people have signed up for a buddy on Instagram and Twitter since the project was launched in April of 2013. Now Frost has expanded, 500 participants having now signed up to represent Buddy Project on their college campuses to help spread awareness about mental health.

One person really does make a difference, and I want to connect people throughout the world that can impact each other’s lives in tremendous ways.

Overall Gabby created Buddy Project to help people who went through the things she did. She wanted to build a community for people to have someone to talk to when they felt alone in the world.

She credits her organization to helping her grow as a person and becoming more open minded and compassionate towards others.  She also states that Buddy Project has opened her eyes to issues she wasn’t familiar with before, “I’ve become educated on topics that I didn’t realize were problems when I started Buddy Project.”

Her organization has helped her create many friendships and connections that have all had a large impact on her life today.

The best thing that Buddy Project has brought me is purpose. When I was 15, I had no idea what I wanted to do in this world. As a teenager, I always felt like I was going to do something that would impact people.

Gabby will be launching an app that will automatically match people more effectively and give users more choices, a goal of hers for some time. Now Frost matches every participant by hand and hopes that she will soon be able to expand and reach a wider demographic. She would also like to hold more fundraisers and possibly some in-person buddy meetup events.

As a college student, Gabby manages to juggle her academic career and being the CEO of a non-profit organization. With almost all of her spare time, she focuses it towards social media and the success of Buddy Project. She has incorporated being a CEO into her everyday life and feels as though she can’t get through a day without giving it focus.

Now at 19 years old, the Drexel student plans to work in marketing within the music industry and continue to run Buddy Project. She hopes that she can get more artists involved with charity work and social entrepreneurship.

5 Reasons Why You SHOULD Date Indian Girls 14780

Colorism And Anti-Blackness In The Asian Community 11044