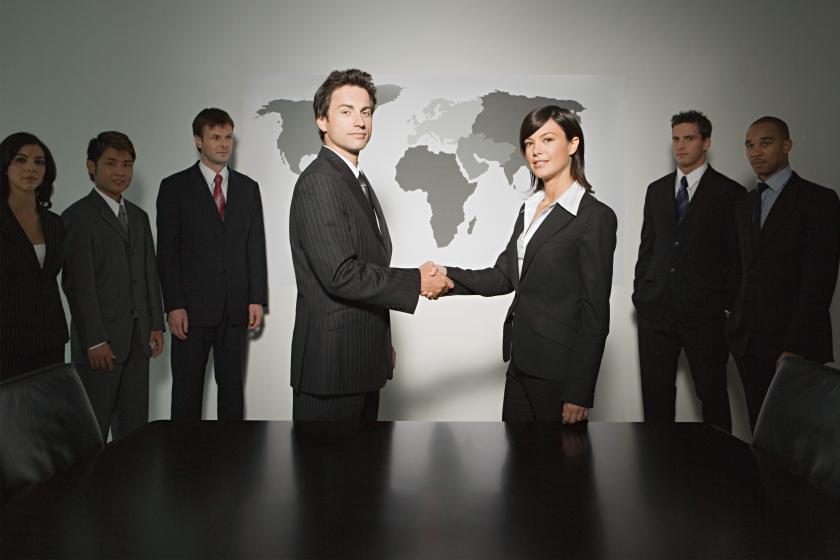 When I was 17, I wanted to go to medical school. Going to med school in my country (Egypt) meant 7 years of college education and I was fine with that myself, but when I was asked by relatives and family friends about what I wanted to be and my answer was a doctor, some of them were delighted, while others met it with questions like “7 years of your life? What about having babies? Making a family? It’s really not good for a female.”

On the other hand, boys my age were never asked these questions when they wanted to be doctors or engineers. However, people looked down at them when they went for jobs like nursing or receptionists. They were told that these jobs were “female jobs” and to go for “better manly jobs.” This is what we were taught as kids and as teenagers who were struggling to choose their professions and trying to find a place to fit in.

The idea of gendering jobs then stereotyping them has misled people into thinking that there are worthy and non-worthy jobs based on gender and that female jobs were inferior jobs with no authority. These ideas are harming all of us and affecting every society.

A study published in 2017 by Laura Doering and Sarah Tehbaud in The American Sociological Review examined Microfinance, a job that doesn’t fall under gender stereotypes in some way. Managers in this field are also split about 50/50 between men and women. The role of microfinance is not heavily stereotyped like police officers or firefighters and receptionists. The study focused on managers who were frequently changed from one borrower to another. There was a huge difference between how clients dealt with female managers and male managers, that surfaced in repayment patterns and how they treated their manager’s authority.

Clients who were matched with a woman were most likely to miss their repayment times and belittle their manager’s authority. However, when they were reshuffled with a man later, they kept missing their repayments. They had already assigned a gender to the job and are belittling anyone in that position. On the other hand, when borrowers were matched with a man from the beginning, they would pay their payments on time and be more committed.

This study suggests that stereotyping a job as “women’s work” and backing it up with social biases that see women have less authority harms everyone in the work field and society in general, whether it’s a male or female. The job itself loses its credibility.

Gina Rippon, a professor of cognitive neuroscience at The Aston Brain Centre, Aston University, has spent decades of her life researching how men’s and women’s brains work and their differences. She is dedicating her research to debunk myths about “gendered” ideas in her book “The Gendered Brain”. She explains that women’s brains were stereotyped in the idea that they are pretty good at empathy, understanding people and emotion, but pretty bad at reading maps or understanding math. While men’s brains are amazing at all kinds of science but bad at listening, understanding emotion, etc. So with this “lady brain” we have. While a man’s brain would make him a leader or a Nobel prize winner, women are believed to have certain places in our society like an office or nursery, etc.
This is what the stereotypes have led us to believe for decades.

There are differences between female and male brains’ and that’s obvious, but these differences do not determine our places in society or what we should be doing based on our sex. Our brains are constantly changing by the experiences we have, our hobbies and our favorite sports. Rippon says “The brain of a working taxi driver in London is different from that of a trainee and from that of a retired taxi driver.”

“We can track the difference between people’s brains who play videogames or play the violin and realize how different their brains are, regardless of their sex or gender.”

According to Judith Baxter, a professor of applied linguistics at Aston University, if we use non-gendered words most of the time, we begin to see people and professions as non-gendered too. Hopefully, this will help with separating stereotypes from professions and treat every role in society with respect and total credibility without putting down or disrespecting those who work in these jobs.

In conclusion, our brains are a reflection of our lives and how we decide to live them, not the other way around.

Hi, I am a journalist in the making at MUST university in Egypt. I am interested in human rights and equality. I am also a book worm.