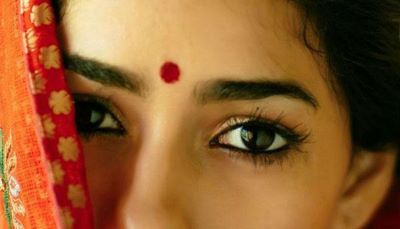 Coming from a Hindu family, I have always worn a bindi. In elementary school, my peers made fun of me, saying that I shouldn’t wear it because it wasn’t part of American culture.

Since I was young and naive, I believed them and begged my parents to let me take it off. Even after all the pleading, my parents did not budge. My mom told me an old Indian proverb: “A woman’s beauty is multiplied 1,000 times when she wears a bindi.”

It took me a while to accept this, especially since other Indian Americans would mock me. Most Indians decided to assimilate into American culture and removed their bindis. I wanted to be one of these assimilators, especially since other Indians would mock me for being old fashioned and looking like a girl raised in India rather than in the States. Of course, it was every kid’s dream of being similar to their peers so they wouldn’t be treated differently. I thought that maybe if I started to look like the other kids, then I wouldn’t feel like an outcast.

This changed when I started high school.

That was when I became friends with people of various ethnicities, ranging from a Sudanese girl wearing a hijab to Chinese twins who wore antique jade bracelets, and they also went through similar struggles of being trapped between two worlds.

My friends would tell me about their experiences in school and how ignorant people were towards them. For example, my friend who wears a hijab was asked if she showered while wearing her head-covering, and if her parents worked at a gas station. This had made me realize that we were not the problem and that being “different” was not something to be ashamed of. In fact, I decided that I should be expressing myself more by wearing my bindi.

I started to understand that it isn’t just a decorative mark; it also symbolizes the dignity of a woman who protects the people around her. The circle shape represents a chakra, a spiritual power in the human body, that is given to the women who wear it. I am proud to wear a bindi and hope that more people will understand the meaning behind it to keep my culture alive.