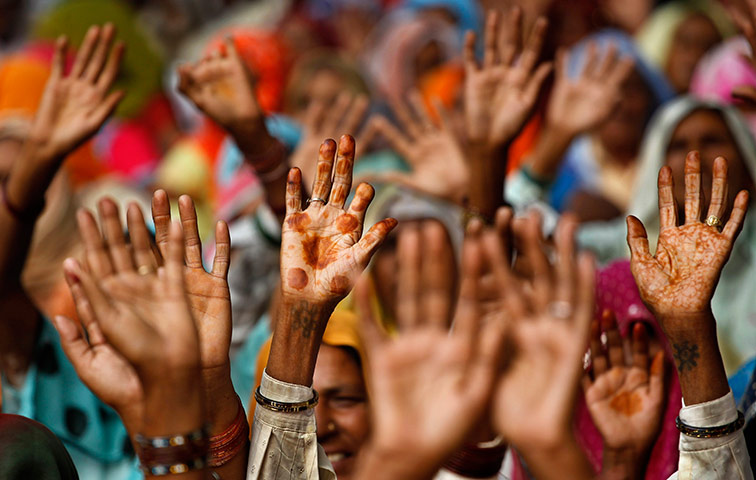 Since the age of four, I have been travelling to India with my parents. When I was still in grade school, the trips were practically planned every summer or winter holiday! My mom and I would always plan lay-overs somewhere interesting before making our way to Delhi in order to explore a new city before being engulfed with family/friends and their love. These were good breaks before having to run all over Delhi meeting one person or the other, or going out and not having a second to ourselves.

I loved going to India, I loved the people, the food and I loved that I no longer looked like an ‘outsider’ in a city. Everywhere I turned, there was a brown woman or girl who had features that resembled mine! Thus, India was always fun. My mom made it a point to visit different parts of India each time and I absorbed the culture like a sponge!

India had so much to offer me, but as I grew up and hit my late teens, the novelty wore off. I started scrutinizing class disparity, gender inequality and income inequality everywhere I went. I wanted to understand why a maid who was barely 19 was pregnant and was expected to work as if she did not need to rest. I wanted to know why people who worked in McDonald’s were stuck in the foodservice industry and very rarely made it out of that even if they had higher aspirations. But most of all, I wanted to understand why every man stared at women like it was their ‘job.’ I wanted to know why men stared at me at the age of thirteen as if I had walked out with toilet paper under my foot.

Slowly, my trips to India were planned in a much more different way. I carefully chose clothes that I thought would not entice men to look at me, I kept my gaze a bit lower and tried to almost vanish if we were in big crowds in order to get the least attention. If a man stared at me, I would not stare back at him, I would look away. In Canada, I would probably not hesitate to look right back. In India, I would tell my mom or whoever I was with and we would move away. However, I was part of the problem. Why did we, as women, not change the narrative and focus on showing these men as problematic? Why did we stay silent? What could they possibly do if we called them out?

The answers came to me as I aged. These men could become violent, they could attack you, they could try to ruin your life. Thus, women learned to protect themselves in order to stay safe, and men were able to continue doing whatever they did because no one told them off.

I want to take a moment to applaud the women who have spoken up, who have faced their attacker or abuser, who have been a pillar of strength to all women by just standing up for themselves or others. To the women who are still searching for answers, I stand by your strength and courage, even if today or yesterday seemed bleak, you are stronger than you know and standing down is not a sign of weakness. You are strong no matter what action you decide to take or not take.

My love affair with India ended as I grew older, but we severed ties in 2019. In 2019, I attended my uncle’s retirement party and a waiter decided to pinch my bum. It was quick, it happened and I did not even understand that it had happened, till a couple of minutes later. I walked over to my mom and pointed out the waiter and we both felt chills in our spine when we saw that he looked somewhat intoxicated. At the time, we were not sure as to what we should do. My family members stood by me and made sure I was never alone at the party and made me feel safe, but this waiter was able to walk around the whole night as if nothing happened.

Someone actually sympathized with the waiter in question and told me he has a limp, which elicited a blank stare from me. How can someone take the time to justify such an action? There was ample space between me and the waiter, if he needed support, he could have grabbed the wall that was two feet away from him…. But why did we justify his actions? Why was I told, “you should have screamed?” or “you should have reacted?”… I was already in shock that it had happened, but now I was told that I held the final say.

Then someone said that I should do nothing, because what if he gets mad and tries to harm me?

How did this become about him?

I come from a very safe and understanding household, but my heart was torn thinking about the women he may have done this to who did not come from such a loving and understanding family. I was able to leave the venue, go back home and ultimately go back to Canada, my actual home. A place where if someone had done this, I would have been able to speak out. I no longer felt that India’s culture was one that I wanted to associate with. I wanted everyone to know that this person, even though their action was small, affected me on a large scale.

I will still go back to India, I have friends and family there. But this incident will never leave me. It will become a part of my consciousness when people ask me if they should go to India. I will never be able to think of that venue without thinking about that waiter. I will always feel guilty that I did not do anything because I was shocked. It will worry me that my silence may allow him to do worse to another woman.

I thank my family and friends who made me feel safe at every age, I thank the men who understand that many men are the problem in these scenarios. I hope that we constantly work towards a safer India and a safer world.

Tweet
indiaIndianWomensafetywomens safety
Previous ArticleWhat Brings Women Together? As Told By Netflix’s Sex EducationNext ArticlePeriods, Pain And Why We Shouldn’t Downplay Our Discomfort