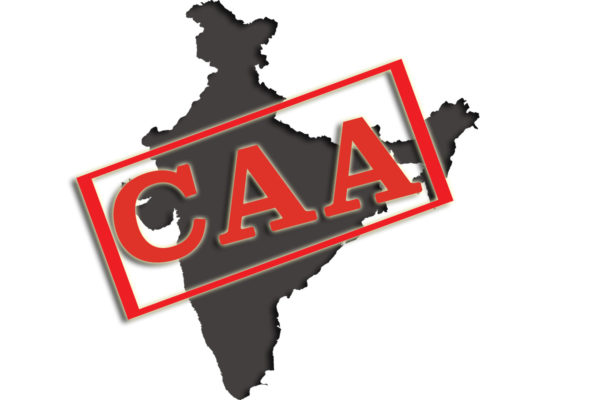 On December 12th, 2019, the Citizenship Amendment Act (CAA) was enacted into law after being largely supported by the BJP (Bharatiya Janata Party) controlled Parliament. The BJP is a Hindu nationalist political party that is currently holding the majority in India, and as a result, there has been heightened tension amongst religious minorities in the country. The CAA is an amendment to the 1955 Citizenship Act, which now states that people belonging to Hindu, Sikh, Buddhist, Jain, Parsi, or Christian communities from Pakistan, Afghanistan, and Bangladesh that migrated to India before December 31st, 2014 are eligible for an expedited citizenship process after only 5 years of residency instead of the original 11 years. In short, it allows an expedited citizenship process for people who immigrated illegally into the country escaping persecution, as long they are not Muslim and from the aforementioned countries. This amendment does not restrict Muslims from getting citizenship in India through the regular non-expedited process, which is the BJP’s main defense for the CAA.

So, what’s the problem?

India is the world’s largest democracy with a population of 1.3 billion people and close to 900 million eligible voters. India’s constitution also establishes secularism in the Indian government, which disallows the promotion and/or degradation of any religions and faiths. However, India’s new amendment to the Citizenship Act defies the secularity of the government by making religion a basis for citizenship and excluding Muslims.

Although the BJP and their supporters use technicalities to point out that *technically* no one is stopping Muslim minorities from gaining citizenship, the message being sent by the CAA is starkly different. By excluding Muslim minorities in the CAA, the BJP further polarizes the Indian subcontinent by using exclusive rhetoric against Muslim populations. It is not easy for refugees to gain citizenship as India doesn’t have a national refugee framework or immigration policy. They do have several laws that address how to deal with foreigners, however, none readily help Muslim refugees.

One of the most significant assertions made by the BJP and Hindutva supporters is that Muslims cannot be persecuted in Muslim-majority countries and therefore, they wouldn’t need the privileges extended to other religious minorities from those countries.

Ahmadi Muslims are a persecuted Islamic group in Pakistan, where they are referred to as kaffirs or non-believers. Ahmadi Muslims have faced violence and oppression as a result of their faith, including the 1953 Lahore Riots, the 1974 anti-Ahmadiyya riots, and the attacks on Ahmadi mosques in May of 2010. In fact, in 1984 there was an ordinance that prevented Ahmadis from officially practising Islam in Pakistan. This is just one example that contrasts the BJP’s belief that Muslim-majority countries are monolithic in their faith and, therefore, are immune to persecution in those countries.

Additionally, there are many Muslim refugees in India that have escaped religious persecution from other non-Muslim-majority countries that also do not have access to the expedited citizenship process under the CAA. One of the largest groups that fall under this category is the Rohingya Muslims, who are a minority group that escaped religious persecution in Myanmar. The United Nations labelled them the “most persecuted minority” in the world and there are about 18,000 Rohingya Muslim refugees in India alone. The CAA conveniently leaves out this group and if they are detained by officials, they can now face deportation. Contrary to the BJP’s claims that Muslim minorities can still get citizenship through the normal process, it’s been shown that it’s been difficult for these individuals to even obtain long-term visas, let alone citizenship.

Without proper documentation, these minorities are subject to poor living conditions, a lack of health services, and a lack of social mobility, as they cannot access examinations to obtain an education. To worsen matters, Amit Shah, the Home Minister, made comments earlier in the year such as “Rohingyas will never be accepted as citizens of India” and threatened to throw them into the Bay of Bengal. This blatant hypocritical attitude towards certain refugees by the BJP leaders is enough to strike down the CAA as unconstitutional.

Another point that is important to discuss is that many CAA supporters try to bolster their argument by calling out the oppression of non-Muslim minorities in Muslim-majority countries and use that to justify the anti-Muslim narrative being spread around the country. However, India should look to be a step above those countries that unfairly treat minorities and be true to their secular constitution when enacting laws. BJP’s slow but steady push towards a Hindu Rashtra is fueled by anti-Muslim rhetoric, which goes against the very fabric of the country’s secular roots.

While we can agree that expediting the citizenship for persecuted minorities is certainly beneficial, it doesn’t cancel out the unconstitutionality of singling out minorities based on faith. There is an easy fix to this issue, but the government refuses to budge despite the many protests across the country.

Pranathi Sana
Hello! My name is Pranathi and I'm from North Carolina. I am currently pursuing my Masters degree in Healthcare Administration. I love to dance, drink chai, and talk non-stop about the importance of equal rights!

Colorism And Anti-Blackness In The Asian Community 10987