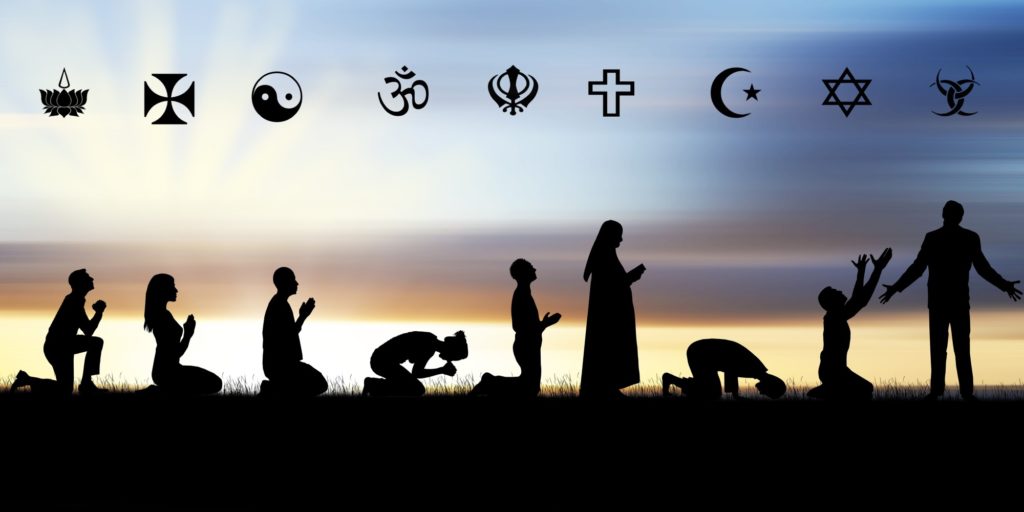 The population of the human era is spread around the land available on Earth. When you are with a group of people, you observe that each one of them has their ideology regarding any subject. And yet, we are the ones who seem to have religion as a barrier. Many people from underdeveloped or developing countries consider this as a prestigious issue as not following certain traditions or religion is considered as one of the most vicious acts.

There are incidents which I heard about things happening from where I come from: Andhra Pradesh, India. I studied in an all-girls college and came across many situations myself among my friends where people are ready to be violent to get my classmates to follow their family path. There is a recent case which got international attention about a Pak-Sikh girl, being turned into Muslim forcefully. though the whole story isn’t available in the news, it is clear enough for us to know that an innocent girl is suffering somehow and religion is connected.

Why did things go so wrong? How can someone with so much experience with life, those who are three times older than the victims cannot see that religion is what we made? Religion didn’t make us. Maybe, religion does make us in the aspect of moral values. It represents the way how most of us are grown up. But why would violence be necessary? Isn’t the girl/boy our own sister/brother or daughter/son? They are our people.

Then, I tried considering to view from their point of view. Tried considered from where this could have started, the time when there were kings, or maybe way back before, hypothetically. Those days when people hunted for food in forests, wore leaves as clothes maybe. If I was there, I would prefer to marry a man from the same forest, as people from another forest could be dangerous. I wouldn’t know if I could trust them. So, I would prefer to be nearer and safer. It’s understandable, isn’t it?

At such point of view, the outcomes of people’s perspective of violence make sense up-to some sensible extent. Any parent who grew up to certain values, certain discipline, tends to have a strong mindset about how things should be handled. This strong-mindedness ruined hundreds of people. If religion was the perfect solution for such killings & suffering, people could have simply killed religion long ago.

Another surprising observation could be, to find a similar mindset among families with different financial backgrounds. Not that I want to support the improper religious acts, it’s just that many crime investigations have leads based on these theories, where the human mindset is considered.

People cross limits for money, for survival, for greed, and their selfishness. Somehow, among all the crimes religious crimes seem to abandon the religion and not mindset.

Religion was created to represent a part of you, a part of me. It was created for our lives to be better. When people have a different mindset, it isn’t because the religion is made wrong, it just hasn’t been improvised yet. If some men or women can recognize the importance of improvisation, then girls like the Pakh-Sikh girl will always be hurt. Stopping ourselves from believing in our religion would never be a solution, only stopping such mindsets would be a step forward. Without a change in thoughts, if not a religion it would be some other aspect another day.

In the end, I am proud of what I am, where I am from. I wasn’t an ideal follower and I was an atheist for a long time, hating things related to religion, believing only about the trouble caused because of religion. But after getting to know many things about my religion, I came to realize that maybe it isn’t the religion that’s wrong, maybe we are…

“We need to reject any politics that targets people because of their race or religion. This isn’t a matter of political correctness. It’s a matter of understanding what makes us strong. The world respects us not just for our arsenal; It respects us for our diversity and openness and the way we respect every faith”