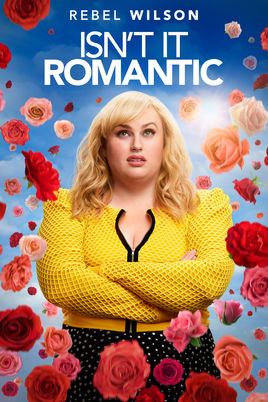 What is the basic premise of most rom-coms?  Man and woman meet, they spark, they can’t be together for some reason, one or both of them change themselves, they live happily ever after (until shooting wraps and they pop off to start filming the next generic offering).  Sure, there are exceptions.  You can mix it up by throwing in a prostitute or adorable but naughty twins or, big shock, have the girl refuse to change for the man and end the movie with him hitting up the next woman he’s going to make miserable while she’s preparing for a job interview.  But the basic facts are the same; everyone is beautiful, everyone ends up with “the one” and they make you feel warm and fuzzy inside.  OK, well, they make me feel warm and fuzzy inside.

In best Guilty Feminist fashion; I’m a feminist, but I love me a good rom-com.  Two nights ago I did a Reese Witherspoon double feature with Legally Blonde and Sweet Home Alabama.  Right now I’m watching My Best Friend’s Wedding, that hotbed of toxic tropes – stereotypical gay best friend, an unconventional woman butting heads with a ditzy blonde, an opening song that literally tells you to just do whatever your man wants you to do – that I have loved since my own best friend introduced me to it nearly twenty years ago.  I am well aware that they are, by and large, trash.

Enter Isn’t It Romantic.  Well, no, it’s not.  That is the point of the movie.  Isn’t It Romantic is Netflix’s answer to the ‘banged my head now everything’s different’ trope and, unlike certain fat shaming average sized comedians I will not mention, they get it so, so right.  Rebel Wilson stars as Natalie, an average woman working an average job as a parking garage architect who has one best friend who stares at a billboard model all day and another who watches rom-coms all day.  She gets mugged, bangs her head and wakes up in a rom-com.  And its fucking PG13.  Natalie is not happy.

Here is the problem; Natalie hates rom-coms.  From when she was little and her mum told her that girls like them (read: fat girls) don’t get to have rom-comesque happy endings.  Natalie must work out what she is supposed to do to get back to her normal, mundane, shitty world by way of exploring some classic rom-com clichés with Liam Hemsworth.  The laughs keep coming, from Natalie’s spot-on comments about her new best friend ‘putting gay rights back a few centuries’ and her new office enemies ‘resting murder face’ but there is also a real, heartfelt quality from Wilson as well.  She sums up everything people – fat people, queer people, people of colour, disabled people – are made to feel by these types of movies when she says ‘people are treating me like I’m special.  I’m not special.’  Despite my deep love of rom-coms, as a fat as fuck mobility aid user who also happens to be a raging dyke, I never see even a little bit of myself in these movies.

That is the true toxicity of rom-coms.  They are the remit of traditionally beautiful people.  Take She’s All That; Rachel Leigh Cook in a pair of dungarees and some glasses is what that film considers undateable-y ugly.  But Rebel Wilson?  She’s fat.  She is beautiful and sexual and feisty and fat and she brings all of that with her to Natalie.  Nobody in her rom-com world bats an eyelid at the second sexiest Hemsworth falling for her.  He doesn’t love her despite her being fat or because he has a fetish, he loves her because she’s the protagonist and that’s how it works.  Plus, her wardrobe is on fire.  That yellow jacket?  I need that in my life.  And don’t think I didn’t spot the two outfits just full on lifted out of Pretty Woman.

Is this then the perfect rom-com?  No.  There are still some things that I didn’t enjoy.  There’s a joke at the beginning where she’s asked to stop a cart because she’s so big that I feel sits poorly in such a fat positive film – I mean this is a world where Rebel Wilson rips off Liam Hemsworth shirt, why is she being used as a bollard?  I was also disappointed that Natalie didn’t engage in the traditional clothes trying on a montage that she referenced at the beginning.  She made a good point that trying on clothes is a lot less fun for fat people a lot of the time, but I would have loved to see her get into it.  Fat people love fashion, as shocking as that may seem.  But as rom-coms, or even any type of film going, you could do a lot worse than one with a gorgeous fat lead, a hilarious supporting cast and a big musical number at the end.  And for those man fanciers out there; Liam Hemsworth plays the saxophone with his shirt half open.  There really is something for everyone.

Fuck Your Patriarchal Beauty Ideals, I Am Beautiful