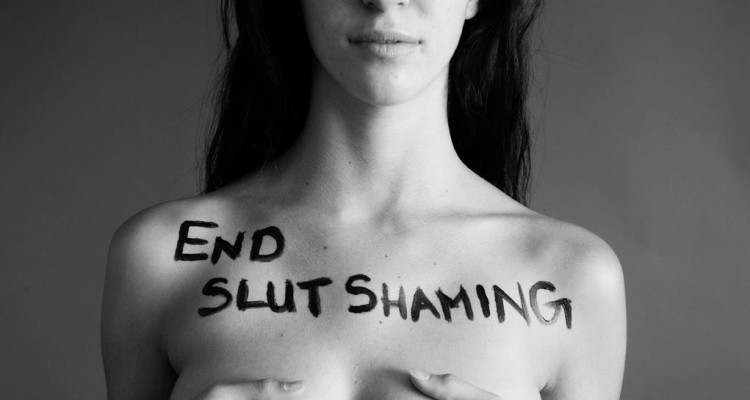 Girls grow up hearing that they need to ‘cover up’ and ‘respect’ themselves. Does what you wear have a direct correlation with how much self-respect you have? Is it okay for your partner to tell you what you can/can’t wear? Does a woman who wears a short skirt and a crop top to work seem less respectable than a woman who wears a turtle-neck and long pants?

First, let’s examine some reasons why women wear clothes that they do; a lot of people seem to think that women wear revealing clothes to attract men. A lot of people argue that women who wear less clothing is ‘asking to be raped.’ I went out and asked multiple different women why they dress the way they do and how they feel about shaming women for their clothing choices.

All of the women that I talked to had similar things to say; they said that the way they dressed reflected what they’re going through in life or how they’re feeling at that point in time. The way they dress is a reflection of them, and it’s their style; its what they feel most comfortable in. Every woman I talked to explained that anytime they wear a short skirt of a ‘revealing’ top, it’s not to attract sexual comments from random men; it’s because that’s what they feel good wearing that day.

So why do some men believe that women who show skin are ‘easier’ and ‘not girlfriend material.’ I also went and talked to multiple men, and got their opinions on the subject, and what some of them had to say was quite shocking.

When I asked them how wearing a skirt or wearing a tank top that shows their stomach automatically made them ‘easier,’ they didn’t have a lot to say other than “if you dress like that you’re asking for male attention.” As I stated before, every woman I talked to was very clear in saying she was dressing for herself and not to impress random men.

When I asked the men about if they felt like they had the right to tell their girlfriend what to wear, the majority of them said yes; they said that she would need to cover up more, and if he had a problem with something she was wearing, she should change without arguing with him. Their reasoning for this was that ‘if she loves me or cares about me, she won’t be out in public trying to get other men’s attention.”

Some of the men that I talked to said the complete opposite; they said that they don’t have the right to tell their girlfriend what to wear, and they understood that women don’t dress a certain way to impress random men out in public. They even said that they felt bad for women who were catcalled out in public just because they were wearing a skirt. They said they didn’t understand why men felt,  just because her legs were showing, they had the right to catcall or harass her.

It’s 2017 now, and its time to wake up and realize that slut-shaming women isn’t okay! Men aren’t the only ones to blame; I’ve gotten ‘death stares’ from other women when I’m wearing shorts out in public. Instead of shaming women and making them feel bad for loving themselves and embracing their bodies and style, let’s uplift them and make each other feel beautiful and accepted. Let’s stop claiming women as ‘property’ and stop trying to control what they wear and let them express themselves. Let’s focus on bringing positivity into the future.

What Is International Women’s Day?