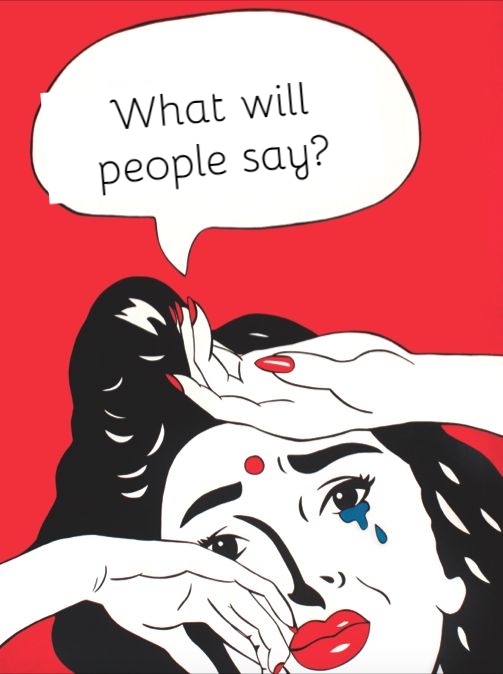 As a British born Bangladeshi girl, I had always expected my parents and the rest of my extended family to integrate themselves into society. Not necessarily in terms of dress, socialisation and drinking etc, but more — letting go of the immensely misogynistic, sexist and rape apologetic/abuse condoning cultural views – the kind of attitude that always blames the victim, allows the perpetrator to walk free (without any kind of repercussions or justice), all in the name of “izzat” and “sharam.” Because god forbid anyone finds out you were sexually assaulted or raped — what would people think? What would people say?

To the people who say that it is “for a reason” and “for your future,” I say screw you. The only reason our families like to pretend we were never attacked and had our entire lives ripped from us and torn to shreds is that they are embarrassed and they don’t care enough to protect the victims, the survivors. One of my cousins, when I told him about what had happened to me and the outcome, said: “I know it sucks but it’s for your future, getting married would be harder if people knew about this”. But this brings forth the question: why? Why am I considered less of a person because I was sexually abused as a child?

And here’s the other funny thing, the cousin who said that wasn’t the first person to make a comment about sexual assault impacting the chances of getting married in our culture to me. When I was thirteen, I had broken down to my parents because I wanted to reopen the case and get that disgusting excuse of a human being locked up, but of course, that was quickly shut down because “what would people say?” and “your father will never be able to show his face again.” I sat there, tears streaming down my face, sobbing because I didn’t understand why they didn’t care enough about me to screw what the people say — it hadn’t been my fault, I’d cried.

They said they knew, but others wouldn’t think the same.

I was a goddamn child.

I was nine years old, then ten, and then eleven when he finally stopped (he, being one of my cousins and married with two children) because I’d plucked up the courage to tell his sister. She told him to stay away from me. A few days later, he had the nerve to try and come into my room whilst at my house (he had been the favourite nephew, I think) and ask “did you want to get me into trouble?”

Bear in mind, all those times he’d been touching me? He’d made me promise to never tell because and I quote, “I’ll get into trouble.” Clearly, he knew what he was doing was wrong.

Fast forward to a year later when the police and social services got involved — they were all at my house explaining to my parents with an interpreter, and all the questions my mother asked were about HIM; what will happen to him? Will he go to prison? What will happen to his children? I was listening in from my room, because there was this foreboding sense of shame curdling in the pit of my stomach, a kind of hollowness in my chest and I had gone into my room, body wracked with sobs.

I couldn’t stand to see the look on their faces when the police told them I was sexually abused.

This flawed, problematic tradition of blaming the victims is one that has carried over into the 21st century, into the western world even with the migration of our parents and grandparents; though they have let go of their motherland and left behind families and friends, they have kept a tight grasp onto traditions that undermine every young girl and boy who dares to speak up about the abuse they have faced, whether it be at the hands of a stranger or a family member.

In the year ending March 2017, an estimated 3.1% of women (510,000) and 0.8% of men (138,000) aged 16-59 experienced sexual assault within the last year. 20% of women and 4% of men experienced a form of sexual assault since the age of 16, equal to an approximation of 3.4 million female victims and 631,000 male victims and 5 in 6 of the victims did not report the abuse (Office of National Statistics). Though those statistics are not inherently to do with merely South Asians, it goes to show the number of victims who suffer from such atrocities.

I had, on more than one occasion, hoped that I would be able to get justice for what had happened to me and countless other people, but that was never the case. Our people assert a high level of nobility and purity, the very foundation of our culture is built on a family’s honour and reputation. This then allows men to seize control and exert violent, abusive behaviour, whilst women are expected to remain silent because of the sharam associated with talking about it.

Sexual assault is taboo — it is too embarrassing to speak about; rape and sexual abuse are trivialised and survivors are scared of not being believed, due to the cultural ideals and norms. These attitudes and responses are deeply rooted and ingrained in cultural and religious traditions, many of which have been brought over by the elder generation (parents and grandparents) from their own countries. Despite relocation being responsible for cultural change and difference in behaviour, “there is substantial evidence stating that the British Asian communities are still imitating and maintaining the religious and cultural values of the previous generations” (Gilligan, Philip A. and Akhtar Sharmin, 2005).

Over 90% of sexual assault victims were abused by someone they knew (Radford, L. et al, 2011). This is a staggering statistic, especially when combined with the number of victims that never report their abuse. It seems horrifying to me, how many of our families are abuse-condoning, always turning a blind eye to the pain eating us up.

Because it eats me up. I still see that cousin at events or weddings or Eid, or whenever I’m at his mother’s house. I try my best not to go there, to avoid that house, where it all began, at all costs — but then I get accused of being antisocial and am faced with a never-ending lecture of how nobody will marry me if I never speak to anyone or visit my family.

Here’s the thing: they are not my family.

And there was never enough evidence to convict him anyway, so maybe he wouldn’t have gotten locked up. But I will never know.

This culture is vile in every sense of the word. For a minute, just put aside the lit weddings, the amazing outfits, the biryani and samosas, and pilau, put aside the henna and all of that prettiness that comes with our traditions. Focus on all the bad that outweighs the good (the good that we can count on one hand!). Because there is so, so much bad.

The people who enforce this kind of abusive, sexist, horrible behaviour are the ones who try to cover it up and brush it under the carpet (like my uncle, who told me if it got out, I would never able to get married because I have been touched and everyone would know my name because it would get into the newspapers — no, uncle, it wouldn’t have gotten on the papers, and even if it did? My name wouldn’t be mentioned because I was a freaking minor!). They cover it up because otherwise, it will tarnish the family’s reputation and everyone will know of the monsters being harboured and protected.

Because of this, I am angry. I am seething with rage for the child I was, for the girl whose pain never got avenged. I am furious for every girl who was told to stay quiet because of izzat. And God, I am so tired. I am tired of acting like it doesn’t affect me, I am tired of pretending like it hasn’t impacted my behaviour. I am tired of feeling the cold hand of fear running down my spine every time I see him. I am tired of being scared of the men in my life. I am tired of constantly staying silent and letting my so-called family brush the crimes of the men under the carpet because it is dangerous and it is unfair.

It is teaching every other young girl that they will never be protected, they will never matter. These toxic traditions in the Bangladeshi culture of “manushe kita khoyba?” and “izzat noshto khorbeh” need to end — and I think that begins with our generation.

May we be stronger than the ones before us, speak the truth even if it means ‘ruining the family name’, and protect the ones after us. I’m tired of being silent, and I want my story to be heard. And I want every survivor to know they are not alone. It’s about time to let the truth out, to scream and fight back against a culture trying to silence its women.

Because who cares what people will say?

The Sad Reality Of Random Attacks 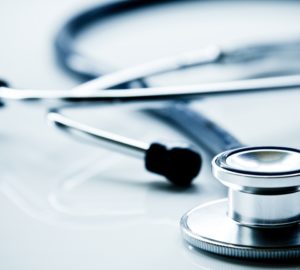 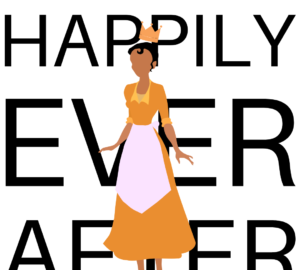