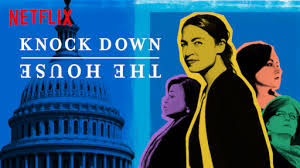 On the night of the 2016 presidential election in the United States, I was exhausted. I will always remember finishing work after a day that lasted forever, I was working at a high school in South Central Los Angeles. All day, my students were asking me what was going to happen to them, their communities and the world around them. I spoke positively but inside I was scared for all of us. It was dark by the time I got home, as usual. I was living with my aunt and uncle, who continue to inspire me even now that I live apart from them again. We watched the election results in horror as Trump was elected. We were all in shock, and they went to sleep before the final results as I stayed awake with a joint and tears in my eyes.

The next morning, my uncle, who had told me of his experiences from living in Iran and the Iranian revolution when I was a teenager, had some words for my aunt and me before we all left for work. He spoke to us about his belief that this result would bring more people of all walks of life to politics. More people who empathize with others, more people who bring experiences that represent all of us and more people who have a profound sense of what is right to act upon in this world. My depression weighed me down that day, and my fear for my students that I spent the next day with worsening. Yet as they inspired me, so did my family, because I knew he was right. And he was.

Knock Down the House tells the stories of the 2018 elections, beginning with a montage of people who ran and the red and blue districts across the United States. The documentary follows the primary campaigns four women who ran for in 2018: Cori Bush for Congress in Missouri, Amy Vilela for Congress in Nevada, Paula Jean Swearengin for Senate in West Virginia, and Alexandria Ocasio-Cortez for Congress in New York.

Justice Democrats and Brand New Congress are organizations that endorsed these women and many others to run against established politicians, noting that the majority of those politicians are mostly white rich men that do not represent the United States. Many are focused on being re-elected rather than actual issues, preventing any progress in the various concerns to the public. In contrast, the women mentioned above, and many others who ran are far more diverse, with personal connections to issues that affect the majority of people in the United States. Isra Allison from Brand New Congress stated what is absolutely correct: “If we elect working people, working people can have representation in Congress; we can change the way we see government, change the way we see politics in this country.” These people were not only the working class, but they also rejected corporate funding to be entirely for the people. While voting suppression is a very real problem in representing those that need to be represented in politics, it makes sense that those that feel discouraged to vote are more likely to take action if they see someone who will effectively represent their interests running, the more of these like-minded people that are elected, the more likely it is that real change will come.

While running, these four women met many challenges. Each of them battled with how to present themselves and the issues that they were so connected to in their election, as well as how to appeal to those who were with the status quo or so far from it that they didn’t vote because of an understandable loss of faith in the system. They even dealt with not being allowed in public buildings as well as aggressive and condescending media phrasing, and their opponent having far more funding and endorsements.

Vilela ran for Congress in Nevada, calling strongly for Medicare for All. In a clip featured, she was the only person who raised their hand to demonstrate that she did not accept corporate funds. To those disrespecting her heritage, opinions and looks she replied, “bring it on.” She was a single mother who had been on welfare, knew poverty, and how it feels to be in debt. One person working with her campaign reminded us all that, “After 2016, nothing is predictable, nothing.” Vilela’s opponent accepted money from many corporations as well as Congressman Joe Crowley, whose election against Ocasio-Cortez was two weeks after Vilela’s primary election. He knew that the elections win of working people, of women, and women of color were all connected. If Vilela won, other people running like her would be seen as more likely to win. Vilela went to flip districts, emphasizing her value of human life in the numerous issues. She returned to the reminder of why you were running for office. Vilela herself had lost her daughter due to this healthcare nightmare, who died after being refused tests because she did not have proof of insurance when she went to the hospital. In the United States, 30,000 families a year lose loved ones because they do not have insurance. The expenses and difficulties of obtaining insurance are just one way that the less privileged are discriminated against.

Running in West Virginia, Swearengin discussed health care as well as the environment. She showed us the houses of the people she knew who had cancer in her community and the environmental and health tolls of mining coal in the region. Swearengin noted how if another country did to the United States what industries have done, there would be a war. She also discussed how difficult it was to balance being seen as emotional or a “bitch” while running for office as a woman. Out in the rain, at one of her rallies, she mentioned one of the biggest labor uprisings in the country were the miners who protested nearby.

Bush was a registered nurse who ran for Congress, who lives in the district where Mike Brown was murdered in 2014. When the protests occurred, Bush went to the streets to help people as a nurse. She recalls hoping for justice after the tragedy and the protests, which did not happen. Bush remembers that the district and the people within it affected the entire world. Indeed, everyday people can make a change. Bush ran against Lacy Clay, who had been a representative for the district since 2001. She asked people if they felt that seniority in their community and worked hard to listen to everyone.

Ocasio-Cortez noted the women above when she spoke to a large group on why she was running because “everyday Americans deserve to be represented by everyday Americans.” She ran against Joe Crowley who was not only a congressman but also a chairman of the Queens Democratic Party and a district leader who had also elected board of elections judges. Ocasio-Cortez was the first person to run against Crowley in 14 years as well as the first person to tell many people who lived in her area that Crowley did not even live in the district, he lived in Virginia. He did not effectively represent the people that his job suggested he did, Ocasio-Cortez rightly called it “absentee leadership.” He didn’t even show up to the debate against Ocasio-Cortez until she gained traction. He didn’t show up to community meeting debate but then planned a debate on a local channel after an increase in funding, volunteers and popularity for Ocasio-Cortez. Another struggle she had was to gather enough signatures to even run. She mentioned that there were barriers to prevent you from getting on the ballot in the first place. If there is a discrepancy in the 250 necessary signatures you prepare to run for office, it does not count. This is why she aimed to collect 10,000 signatures. Ocasio-Cortez discussed managing the octave in her voice when she was trying to be polite. Before the debate, she reminded herself that she could do this and she could take up space, an action that we should all do more. She predicted what she was going to hear and negated it ahead of time. There were many videos of her working hard with those that believe in her as well as working at a bar, which was her job before running.

These four women are incredibly inspiring, relatable and believable when they call for fighting for themselves, their communities and all of us that need it. All four ran against incumbent members of Congress and the Senate and had countless conversations with people in their community and to the cameras on their thoughts and experiences. Their stories brought tears to my eyes and made me feel powerful as women. When they didn’t know something, they admitted it. They worked so hard after all these people that are selling out to corporations have more than enough money while those that are tirelessly working to be honorable are fighting to raise money for every cent. All of them knew the power of all of them running, and doubling the number of people like them in politics in the future.

Hope lies in the midterm elections of 2018 and the results, with it all being monumental in many ways. Not only did more people vote, votes by women and young people increased substantially, demonstrating that your vote is important. Do not be deterred by the 2016 elections. In 2020, we will come out stronger than ever to elect people that truly represent us.