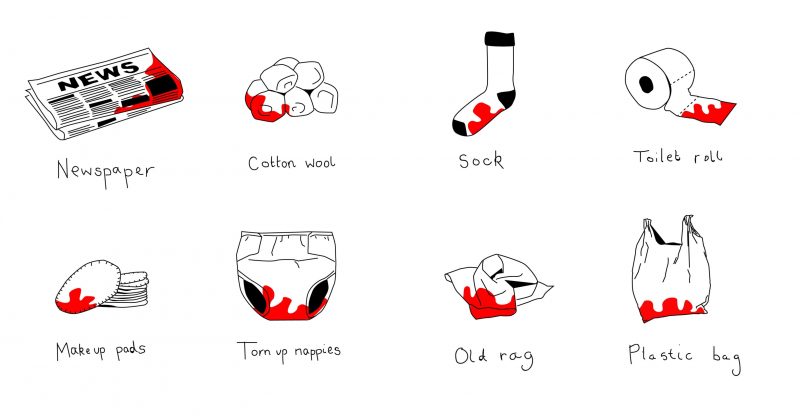 I’m not going to lie: up until about a year ago, I had no idea that ‘period poverty’ was a thing. For those of you who aren’t aware, this is basically when women and girls can’t afford sanitary products such as pads and tampons and therefore, turn to use items such as socks and tissues in place of the sanitary products, putting their health at consequential risk.

That is a quote taken from an article published on the 25th August 2018 by The Guardian, from a young British schoolgirl. It made me feel indescribably uncomfortable. Most of us girls and women if not all have faced the unfortunate, unexpected early period that is messy and quite frankly embarrassing, but period poverty means that this is a bloody reality of every day of every period for many young girls and women around the world.

Period poverty is pervasive and is becoming a bigger issue than we could’ve imagined. Plan international UK reported that 1 in ten young women (aged 14-21) in the UK alone are unable to afford period products. Now I know that many of you may be thinking that a box of tampons/pads is only a pound or two so how is this possible? You would be right in thinking so, but it is also true that not all products are accessible to everyone. It should also be remembered that if a family is struggling to put food on the table then they’re also struggling in affording other essentials and necessities like sanitary products, over the counter pain relief and underwear.

This is becoming such a major issue that young girls actually miss school because of a lack of access to sanitary products and feminine hygiene products for their periods. In a recent study of 1000 women, 39% admitted to now suffering from anxiety or depression and socially isolating themselves due to their embarrassment. But why? Periods aren’t something that affects just a minority of us, it is a biological process that enables us as women to literally give life. So shouldn’t menstrual care or access to adequate feminine hygiene products be a human right and not just an issue affecting women today?

So, what can we actually do to support women struggling with something natural and inescapable that we all experience?

First of all, let’s tackle period stigma. It’s 2018 and many of us still feel uncomfortable talking about periods openly even though it’s a completely natural and humane process. Half of the world’s population is female, so why is the issue of menstrual care so taboo? Pledge to be open and honest, talk about periods so that no one feels embarrassed or ashamed of periods.

Collect period products and donate them to your local food bank or salvation army for those who need to access them. This is such a small action that’ll make a bigger impact than you know.

Lastly, join the #PeriodPotential campaign to prompt the British education Secretary Justine Greene (A woman with the influence to make a massive change here) to introduce access to the free sanitary product in all British schools. This would allow young girls to focus on school rather than their period which is exactly how it should be for ALL girls. You can sign the petition here.

I Am Afraid Of My Own Success

Anisah Akther is 19 and from the UK. A die-hard coffee drinker, bookworm, student, tweetaholic and writer who likes her feminism intersectional.