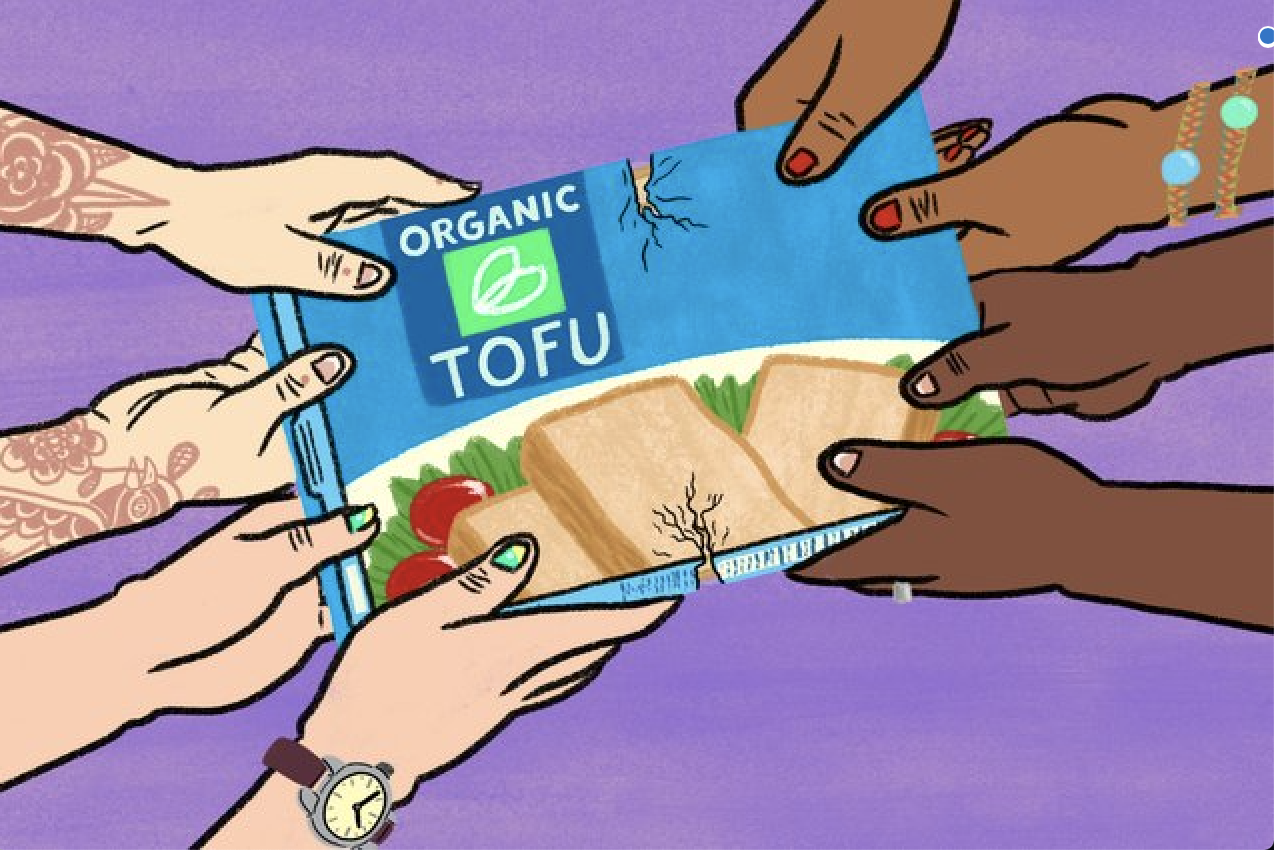 Plant-based living has become extremely popular in the last decade. According to GlobalData, the number of U.S. consumers who identify as a vegan has increased from 1% to 6% between 2014 and 2017.

While this lifestyle promotes sustainability, healthy living, and the protection of animal lives, veganism is an inaccessible and inherently racist movement. From PETA’s infamous comparison of slavery to factory farming to the small presence of farmer’s markets, community gardens, and Whole Foods stores in low-income neighborhoods of color, mainstream veganism remains a movement rooted in colonization and whiteness.

The main focus of veganism is the idea of plant-based living. However, constant access to fruits and vegetables can be extraordinarily difficult for those who have little access to grocery stores or community gardens; this is a circumstance that occurs mostly in minority communities.

There’s also a lack of representation within the community. The movement is centered around the voices of white vegans, which allows for the erasure of vegans of color altogether. Vegans of color may be featured in popular vegan blogs or videos. Still, it’s usually an ingenuine tactic to “diversify” the vegan community and exempts the white creators of these blogs from further conversations about racism.

Many vegan groups or organizations have a poor strategy in recruiting new members; they’re aggressive and pursue a “go vegan or die” method. This strategy is particularly harmful towards people of color, individuals who deal with racial violence –systematically and internally – every day. With that being said, going vegan is probably the last thing on their mind.

So, where do we go from here? How do we refocus and decolonize the vegan movement?

Make veganism more accessible. It’s important for vegans to make plant-based living easily accessible for everyone, and one way to do this is by supporting community gardens. You can also join a group, such as Growing Power, who have brought gardening into communities where fresh produce is scarce.

Another way to decolonize the vegan movement is by featuring and amplifying the voices of vegans of color. White vegans must feature and promote vegans of color to show that non-white vegans do exist! Vegans of color, such as Lauren Ornelas, Dr. A Breeze Harper, and Liz Ross, are all also fighting in different realms of social justice.

The last thing we can do to recenter the narrative is by listening to vegans of color and understanding that they endure a lot on a day-to-day basis. With that being said, being aggressive while trying to recruit new vegans is ineffective and extremely harmful. Also, avoid all comparisons of slavery to the meat industry. It’s racist, traumatizing, and dehumanizes African Americans.