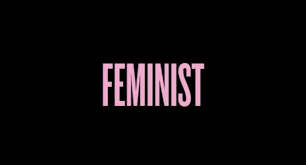 In today’s society, if you say you’re a feminist people will tend to have a lot of opinions. Among those opinions tend to be many misconceptions. In this article, I would like to discuss some of those misconceptions, as well as provide information as to why they are wrong.

1. Feminists hate men
One of the most popular misconceptions about feminism is the good ole “oh, so you hate men?” schtick. Hating men isn’t a part of feminism, that’s misandry. In fact, if you hate men you’re not considered a feminist as that goes against everything feminists stand for. Feminists don’t believe women should have more rights than men, we just believe our rights should be equal. Contrary to popular belief, feminism also stands up for men’s rights as well.

2. Feminists can’t be feminine
Some people seem to believe that all feminists fall under the not shaving, free the nipple category. But that’s not the case. Sure, it’s okay if you don’t shave or wear a bra, but that doesn’t mean you have to do those things to be a feminist. Another point of feminism is being able to make your own choices and be able to do what you want. If you want to wear makeup, go ahead. If you don’t want to shave, go ahead. If you want to burn your bra, go ahead. It’s all about doing what feels right to you.

3. Men can’t be feminists
This ties into my point I made in #1. Once again, feminism isn’t all about women. Men’s rights are also an important topic in feminism. An example of this being the fact that according to society, men are always supposed to be “macho” and never show emotion, and when they do show emotion, they are told to “man up”. There is also the fact that some people don’t take male victims of rape or domestic violence seriously and oftentimes make jokes at the victims’ expense, which is so very wrong.

4. Everyone already has equal rights so feminism isn’t needed
First of all, just because you personally don’t need feminism, doesn’t mean other people don’t. To all the women who believe this, yes, you, in particular, may feel equal to men. But what about trans women, LGBTQ+ women, women of color, Muslim women, etc.? Not to mention the fact that there are still countries that allow women to be sold as sex slaves, countries that allow genital mutilation, child brides, etc. It’s not all about cis white women, we have to be there for everyone.

Take This Quiz To See If Transgender People Deserve Rights