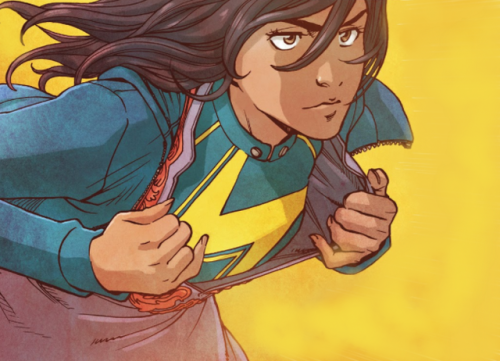 Superhero movies have become an overwhelming trend for the past decade in the entertainment industry. The chances are that even if you have not physically seen any of the films or tv series on superheroes, you are aware of their existence. They have become part of our daily society in a way that we could not have thought. If you were to walk down the street, I guarantee that you will see at least one person wearing a superhero graphic tee or a poster indicating an upcoming superhero film.

They have something that has an overbearing appeal on us, and we just can’t seem to be able to shake it. Their emergence into the mainstream in recent years has taken over our social networks as we speak. As we know, the superhero phenomenon has always existed; however, the need for representation in them matters more now than it did during its’ conception.

The recent slew of superhero films has everything you could ask for, starting from the awkward geeks to the rich millionaires. However, they lack in the representation department, more specifically, the appropriate representation of people. The phrase “people come in all shapes, forms, and sizes” is true till his day, but it needs to become more inclusive because times are changing.

People are starting to find their identities finally, and the need to showcase the different narratives on a screen will strengthen the generation of youth that will watch them. Films need to address and represent the issues that people face daily, even if it is an underlining issue raised or subplot within the films. These films that reach mainstream Hollywood could change how minorities are viewed in our society.

As you may have known, Captain Marvel is set to make an appearance in the Marvel Cinematic Universe in 2019 with Academy Award Winner Brie Larson portraying the titular role. For those with no context or knowledge of Captain Marvel, here is a little bit of background.

Captain Marvel will be the first Marvel movie to star a woman in the lead role. This is a momentous event on its own. However, it holds more power than we could imagine, which is that it opens the floodgates for Marvel female lead and other gender and orientation led films.

Captain Marvel is the alter ego of Carol Danvers, who is a US Air Force pilot who happened to gain superpowers after getting exposed to alien technology. The story will be set in the 1990s, but given the cliffhanger of Infinity War, we can be sure to expect important points in the plot to be revealed and hopefully, a resolution of the atrocities committed by Thanos. Therefore, Captain Marvel will be a big deal.

Anticipation and need for female lead superhero movies made the Marvel Studios make an important announcement this past week. It was announced that there are plans to add Ms. Marvel (Kamala Khan) into the Marvel Cinematic Universe, once they have introduced Captain Marvel to the world as stated by producer Kevin Feige. This has to be the most tremendous news we have had in a long time for many reasons, which I will explain as follows.

Kamala Khan is a Pakistani American teenager, who from Jersey City, New Jersey. She discovers that she has the ability of shapeshifting, in other words, inhuman genes as a result of the “Inhumanity” plotline. She takes on the name of Ms. Marvel from her idol, Captain Marvel. The mere existence of Kamala Khan within the Marvel Universe is crucial for our present political state because it is bound to bring up the pressing issues that plague young Muslim teens in the US. 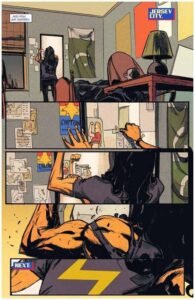 Soon after, the Twitterverse rejoiced in unison and demanded appropriate representation when it comes to each and every aspect of the making of the film. Celebrities such as Riz Ahmed, Mindy Kaling, and Kumail Nanjiani have expressed their interest in being part of the newly anticipated cinematic masterpiece that is about to be in the Universe for all the Desis. As someone who is actively looking forward to this film, I can only hope that they will listen to what the audience wants. 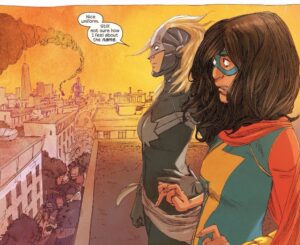 Here are a few things that Marvel Studios need to take account of: 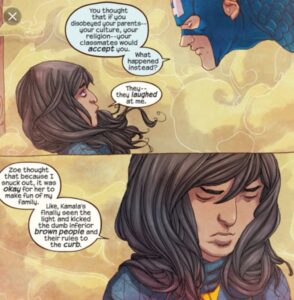 What If Family Is My Source Of Abuse?

A Fuss Class Chat With Rani