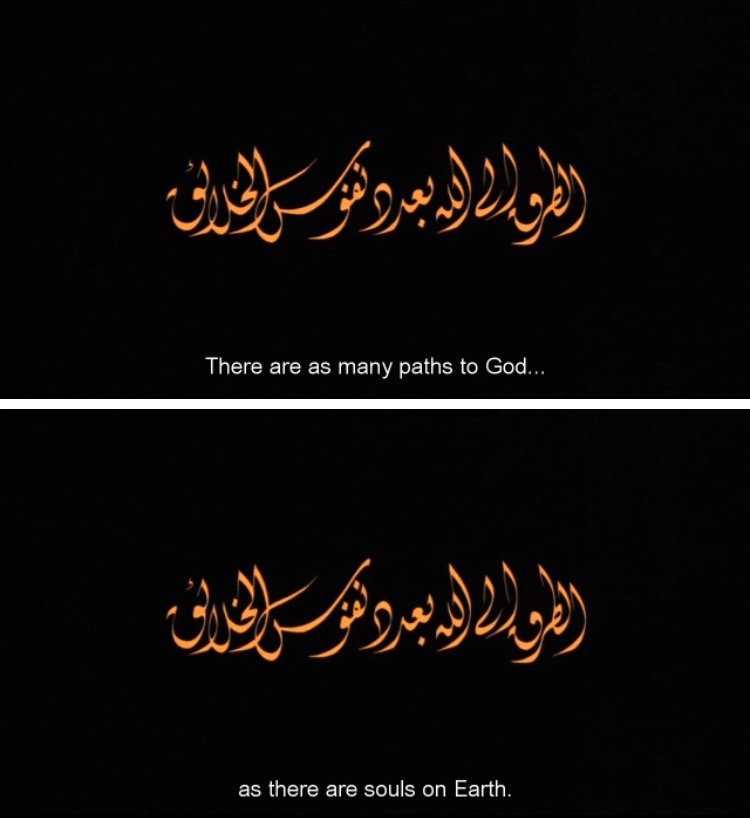 Disclaimer: These are my OWN opinions and thoughts. It is in no way meant to offend or upset anybody. Thank you.

Sometimes I wish I wasn’t Muslim. It is hard to be a Muslim in this day and age because almost everywhere, there seems to be only one way to be muslim.

But there are so many so so many of us who are in between. We exist. There is no clear definition or line for all of us. Sometimes even our faiths are in between but it’s wrong. If you are all of those or one of those – Jahannam awaits you. Hell. The scrutiny, the judgement.
It’s so harsh from the Muslim community, as though they cannot accept, cannot open up to the fact that not all of us have a straight path to God, that some of us maybe don’t even believe in God.

And this is what makes out of the norm Muslims stay away from their communities, their religion. Because they are constantly faced with all this judgement, all this talk, all the emotional blackmail from family, that it’s better for them to just leave so that they finally have some peace within.

When are we, as a Muslim community, going to be accepting? More loving? More peaceful? More merciful and forgiving?
Not all of us want to or end up following religion on the straight path but that doesn’t necessarily mean that we don’t believe in God. It does not mean you, as a strict follower, is superior to me and you have a one way ticket to Heaven while I have a one way ticket to Hell.
It’s almost toxic the way we teach our people that there’s only one way to God and if someone isn’t on a straight path, you should demean them, shun them, bully them until they break and succumb to what you want them to be, sometimes even kill them…. And that’s islamic? You can’t be a different kind of muslim or believe differently or even have your own views on what being muslim means because to most muslims, being different just means… not being Muslim enough.

I do not understand this. We preach of being peaceful and accepting but I do not see it amongst us, especially towards each other. A Muslim is the most judgmental of another Muslim.
In one breath, you will hear how merciful, compassionate, forgiving and loving God is… and the next line would be about how if you do not comply… His wrath will forever be raining down upon you.
So which is it? Does God love me, for me, for the love I have for Him or have I already been damned to eternal Hell because I am not muslim enough?
And if I am already damned, then, I am damned if I do and damned if I don’t right?

If God were truly all merciful, all compassionate and loving, wouldn’t He want his creations to be happy, to be safe, to come to Him as they are, with no fear for they know He loves? Yes there are rules to follow but is He that vengeful that He would not even take into account that maybe we are good people who have done good? And if God can take that into account, look past our sins and show mercy, why is it our own community can’t?
I have been told many a times I am not muslim enough because of my thoughts, my views, my opinions, my relationship, my culture- but I am a Muslim. I identify as a Muslim.
I am no saint and never will be but if the God you believe in, is one that will throw me into the fires of Hell where I will face punishment for being me then I want no part in believing in your religion. And if that road really leads me to Hell, is that not between God and I, the same way your path is between God and you?

Most Muslims have this crazy need to set everyone on this straight Islamic path but they do not realize that not every Muslim wants to get on that path. A lot constantly want to give “advice” to other Muslims they feel are faithless or not muslim enough but their advice just comes out as harsh judgement and ends in them usually calling the other a kafir, a disbeliever and how they hope the other will be put in Hell where they will burn forevermore… and that’s being a good Muslim?

Not every Muslim is the same or even believes the same and that should be okay. We need to be more accepting, we need to move forward as a community. We cannot keep up with the scrutiny, the hate, the judgement against each other- it’s making so many of us feel like we can never be, we can never be part of the community because of who we are, because we are not muslim enough.
It should be okay. We, not being muslim enough, to you. It should be okay because God made us all different for a reason. He made us all feel, think, speak, write, worship even, differently.

The Muslim community needs to realize this. Everyone has a right to express those thoughts and live the way they want too.
They are free to worship God anyway they want too, in the way that makes their heart full, and no one should take that away from someone, it isn’t right or fair.

Most Muslims need to learn to leave other Muslims alone to do what they want too or be who they want to be, instead of issuing fatwas, kicking them out of the religion when they say they’re part of it, shaming them, judging them harshly, bitching about them, spreading lies about them and making them feel like they should not even believe at all. This happens so often, it is damaging and disgusting.
Open up, open up the hearts, open up the minds. There is a world of us that exist. A whole spectrum of us Muslims who aren’t muslim enough. And we all deserve to be here, we are valid, we all deserve to be accepted, to be loved, to be recognized as Muslim as long as we say we are.

We, the ones who are not Muslim enough, say to you,
We are. We are.

5 Reasons Why You SHOULD Date Indian Girls 14665

Colorism And Anti-Blackness In The Asian Community 10910