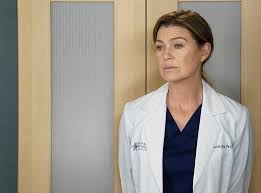 On Thursday, November 21, 2019, the Grey’s Anatomy fall finale aired. I had high hopes for this finale; after all Grey’s Anatomy is the longest-running primetime medical drama on American television. It’s a show that resonates with millions of people around the world. Since 2005 this medical series has made us sob uncontrollably, scream, argue, and like Cristina Yang, we’ve begged to be sedated. We’ve laughed along with characters and knew when it was time to dance it out. It taught us many life lessons. “Don’t let what he wants eclipse what you need. He’s very dreamy, but he’s not the sun, you are.”

Our home every Thursday has been Grey Sloan Memorial Hospital. And, we’ve loved it. We were exposed to important concepts such as LGBTQ+ representation, sexual assault, and mental health. We fell in love with strong female characters. Things felt right, relatable, necessary, and teachable. But, for the past few seasons, Grey’s Anatomy has been getting something wrong.

Needless to say, my hopes were shattered.

Season 15 of Grey’s focused on disastrous love triangle fiascos. When did this become a show that plays off of the notion that women exist for men? It was exhausting, redundant, and viewers didn’t approve. So, as a life-long viewer, I believed that Krista Vernoff would mend this come Season 16. She didn’t. Instead, it got worse, specifically for some female characters. It’s time I unpack this. Are you ready?

In season 15 of Grey’s, the storylines for certain female characters were not impressive. Let’s begin with the show’s protagonist, Meredith Grey (Ellen Pompeo). Over the years, Meredith has shown us the makings of a true talented surgeon, chief of General Surgery. She followed a moral compass, always vowing to do what was right, not easy. She placed her patients’ well-being first, even if that meant she would have to step into dangerous territory. Meredith trusted her instincts and intellect. She acquired power in a field that feeds male egos. Meredith suffered losses of friends, her sister, and the love of her life. And yet, she rose from the ashes like a phoenix. She gathered her strength and continued to carry out her life’s purpose.

Meredith can be dark and twisty, but her caring heart remembers each of her patients. She’s a complex character. She confirms that women are, by no means, weak. Instead women can be as successful, if not more successful, than their male counterparts. Meredith’s complexity, confidence, and independence should make for an astounding storyline. It has the potential to encourage women to succeed on their own. Who needs a love interest?

However, Grey’s has diminished Meredith. In season 15, she’s transformed into a woman who exists for a love triangle and the pleasure of men. Andrew DeLuca (Giacomo Gianniotti) and Atticus “Link” Lincoln (Chris Carmack) compete for the attention of Meredith. It’s cringeworthy. Meredith is an incomparable woman and surgeon. And yet, her storyline doesn’t illustrate that. Grey’s is getting this wrong. A woman’s storyline doesn’t have to revolve around male drama.

This blunder is duplicated all within the same season. How many love triangles can we throw into a show? This love triangle is more intense, complicated, and damaging. It involves Teddy Altman (Kim Raver), Owen Hunt (Kevin McKidd), and Amelia Shepherd (Caterina Scorsone). Thomas “Tom” Koracick (Greg Germann) eventually enters this toxic dance.

Teddy is proof that women can truly do it all without the assistance of a man; independence, skill, ambition, and passion led her to her career. Her talents expanded from the military to the walls of hospitals.

She has always been selfless and loyal, and her actions from season 6-8 have confirmed these qualities. She sacrificed opportunities and happiness to support her closest friend. She suppressed her feelings. She experienced and handled a countless amount of grief. Teddy did this all without saying a word. She never complained.

Teddy is gutsy. She will defend herself and speak the truth when need be. In her own words, she’s a “badass surgeon.” She’s Major Altman and Chief of Trauma Surgery. She’s a multifaceted character. Similarly to Meredith, Teddy possessed power that her male counterparts could only dream of having. Her storyline should be inspirational. But, Grey’s reduces Teddy to a woman in a love triangle. More specifically, it was slightly pinning women against one another.

Eventually, Teddy has to choose between the man she’s always loved, and the man who may potentially love her. Additionally, both of these men have traits that make them manipulative. Needless to say, Grey’s got this wrong, too. A woman’s storyline doesn’t have to revolve around male drama and choosing a man.

By no means am I preaching down with love. Characters on a television show can certainly fall in love, get married, have children, and be very happy. I enjoy this storyline In fact, I ship Amelink and I love their relationship! But, powerful female characters shouldn’t be lessened to participants in a love triangle. Powerful female characters shouldn’t have a story that depends, or thrives, on male drama. Women are so much more. Women can do so much more. Women have other purposes. Especially the women in this medical drama. Grey’s doesn’t seem to understand this.

This lack of comprehension is evident in the fall finale of season 16. Oh, we’re not finished with the male drama. Amelia Shepherd’s (Caterina Scorsone) storyline took a drastic turn during the finale. Yes, feel free to sigh in frustration. Add an eye roll, too.

In a handful of seasons, Amelia proved that a broken, addicted woman does not have to remain broken or addicted. She revealed that women are stronger than they could ever imagine. She is a confident brain surgeon, Head of Neurosurgery, and a superwoman in her own right. She found herself, her happiness, and a love she always deserved. But, Grey’s couldn’t resist altering this female’s storyline. We. Need. Male. Drama.

In the finale, Amelia and Link excitedly discussed their baby and it was adorable. At 20 weeks pregnant, they have plenty of time to relish in their happiness and excitement. During Amelia’s first ultrasound, she discovered that her baby is actually 24 weeks old. Amelia looked confused and exclaimed, “That’s not possible, because that could mean…” She added a, “Oh, god. No!” Amelia’s reaction and this information suggested that Owen could possibly be the baby’s father. Amelia is then lessened to a woman who is juggling her new love and her ex-husband. Her storyline is saturated in male drama now. Grey’s got this so incredibly wrong. A woman’s storyline doesn’t have to revolve around male drama, a new relationship, and a past marriage.

Meredith, Teddy, and Amelia deserve better storylines. They warrant storylines that encompass their strength, independence, intelligence, and power in a male-dominated field. Their stories should revolve around their qualities as powerful, badass women. They do not exist for men nor do they exist for male drama. In the words of Jo March, “women, they have minds, and they have souls, as well as just hearts. And they’ve got ambition, and they’ve got talent, as well as just beauty. I’m so sick of people saying that love is just all a woman is fit for. I’m so sick of it!”

Maybe Grey’s will get this right when it returns on January 23, 2020. Until then, let’s praise these women without discussing the men.