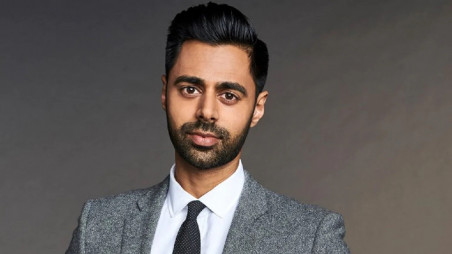 Is there anything better than streaming services?

Ever since Hasan Minhaj’s Patriot Act got released on Netflix, my family and I watched it every Sunday.

I am heartbroken that it is no longer coming back for another season! My Sunday morning routine will no longer include Hasan’s big smile and jokes.

From Homecoming King to Patriot Act, I am so happy that Netflix gave Hasan a platform to address international political issues while making everyone laugh.

I am saddened that it will no longer be renewed, however I am hoping that Netflix does ensure that its services include BIPOC that are breaking stereotypes and can actually speak for their respective community without having to put on an accent and be relatable for comfort.

Whatever the season, Hasan is the reason

Patriot Act was much more than just some lazy Sunday Laughs. Hasan had the perfect balance of funny and serious, he was able to address serious subjects and provide clear explanations for everyone to understand. Hasan did not shy away from dealing with subjects that others may not feel comfortable addressing.

Also, as someone who was raised by immigrants, I was so happy to see that Hasan did not use the typical accents or stereotypes in order to attract audiences, but was relatable because he had parents who had certain quirks!

Portraying the diaspora in a refreshing manner

When my friends saw Patriot Act, many of them noted that Hasan’s parents and jokes actually resembled my family and the typical brown family was the furthest thing from reality. We all have challenges when it comes to our parents. However, always portraying South Asian families as being dismissive and rude is not healthy. Media portrayal of how South Asians behave quickly turn into memes and dismantling stereotypes takes ages. Especially, if a stereotype appears multiple times on multiple media platforms. Hasan tactfully showed his South Asian background without feeling the need to water down his experience.

Hasan was relatable because he was real. He addressed that South Asians do not always address topics because they are taboo. When he addressed Indian politics, he had a skit with Indian Aunties and Uncles saying that he should not address the elections because of him being Muslim and how he will come off as a traitor. I am glad that he showed a reality in a funny way instead of just making jokes about smelling like curry.

Honest opinions for everyone

The first episode jumped into Saudi Arabia and how journalists are not safe while exposing the truth about Saudi’s crown prince. From there, the sky was truly the limit. Hasan dived into international issues and spoke to Prime Ministers and key politicians in order to really understand the issue!

The Canadian in me did a happy dance when he spoke to Trudeau and asked him about Quebec’s Bill 21. I cracked up when Hasan would ask hard-hitting questions and just have a blank stare when the answer was evasive.

I have to give the man credit for not being biased and really looking at the facts. Hasan clearly is not a Trump supporter, but he is willing to call out everyone. Regardless of their views, Hasan mixed humor and accountability.

While I do not think honesty should be celebrated, it should be the bare minimum given that the show is highlighting political realities, it is amazing that as a man of Indian descent, Hasan did not fear the repercussions and the threats that may come with being so open with your opinions. As Trump came into office, many viewpoints also came to surface.

As a Canadian looking from the outside, I almost felt that people with racist views were given a platform given that the President is allowed to say everything and anything.

I do feel that this honesty is one of the reasons that Netflix decided to pull Patriot Act because it addressed many issues without censoring the truth or harsh realities.

Stream everyone and everything

I hope that Netflix realizes that Hasan and the people working for the show were also diverse, and that pulling back on a show that advocates for inclusivity may do some harm to BIPOC creatives. In many ways, the media has been a very white-dominated field, especially white and male-dominated. Growing up, comedy was filled with white men and slowly other BIPOC entered that realm, it took a while for Netflix to give BIPOC creatives the platform they deserve. By removing Patriot Act, there is an underlying message that is being sent. In many ways, Netflix is saying “We are not ready for a Brown man to call things out without censoring himself.”

It is extremely crucial for platforms that have such a wide reach to include multiple voices and not censor them. BIPOC voices have been censored and have muted themselves for decades in order to stay safe, and by having a brown man be the lead in his own show, this changed the atmosphere!

Hasan and his team worked diligently in providing content that was thoroughly researched, and this opened up a realm that South Asian comedians have slowly entered.

When looking at the credits, many South Asian names came up in the team for the show! Conscious decisions like this not only help BIPOC get their foot in the door but also ensure that the younger generation of BIPOC youth know that these are career opportunities and they should not feel forced to do jobs deemed “safe” by society.

Many South Asian kids will pursue careers that their parents deem as being financially stable. Careers in the arts are often looked down upon because it’s a domain where not only brown faces are barely visible in but takes much longer to make a big impact! Compared to what is seen as a traditional career, such as engineering, that has more job security.

By seeing more faces that resemble our own, it will make the future for other children to pursue these careers because the space is open for them!

Stepping away from traditional methods

Given that most people have moved from cable television and seek most of their shows on streaming platforms, Patriot Act was the perfect mix of light-hearted humor and serious facts that affect everyone in different ways. Hasan found ways to mix informative, yet accessible all in one place.

The show was also available on YouTube after airing on Netflix, thus even if you are not subscribed to Netflix, the facts were easily available!

Given that the show addresses how there is a lack of accessibility when it comes to resources, the show ensure that this would never be an issue for viewers to enjoy this humour!

Not ready to say goodbye

I definitely will be binging the episodes and wait to see what Hasan does next! I am hoping that Patriot Act will be replaced by more BIPOC artists and that this opens up more opportunities for shows from the BIPOC community! This is a space that needs to remain and grow amongst streaming platforms!