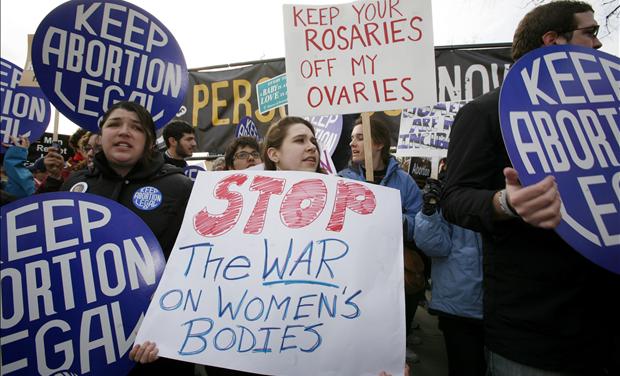 “We ask the church to have more confidence in women. We ask the opponents of this movement to reverse the methods of the church, which aims to keep women moral by keeping them in fear and in ignorance, and to inculcate into them a higher and truer morality based upon knowledge. And ours is the morality of knowledge. If we cannot trust woman with the knowledge of her own body, then I claim that two thousand years of Christian teaching has proved to be a failure.” – Margaret Sanger, “The Morality of Birth Control,” 1921.

There are many reasons to support Planned Parenthood, and advocating for abortion is less than 3% of those reasons. The non-profit, reproductive healthcare organization is a household name, and is one of the most divisive healthcare clinics on Earth.

Most people associate Planned Parenthood with abortion, with the pro-choice vs pro-life rhetoric, but believe me when I say this: It goes beyond pro-life movements and even farther beyond abortion controversy. “Pro-life” advocates are not worried about saving babies, they are worried about controlling women.

Founded by Margaret Sanger in 1916, Planned Parenthood started out as three women operating a birth control clinic in Brooklyn, New York. There they gave women birth control as well as information and advice about family planning. For this, the women went to jail for violating obscenity laws.

In 1921, The American Birth Control League (ABCL) was organized by Sanger.  Created upon Margaret Sanger’s “The Pivot of Civilization,” ABCL maintained these three principles at their core: “We hold that children should be (1) Conceived in love; (2) Born of the mother’s conscious desire; (3) And only begotten under conditions which render possible the heritage of health. Therefore we hold that every woman must possess the power and freedom to prevent conception except when these conditions can be satisfied.”

Until the 1960’s, the ABCL was the only national birth control organization in America. They depended on volunteerism to spread the word of birth control and family planning. Never once was Sanger or the ABCL a proponent of abortion. Sanger herself condemned it.

So how has Planned Parenthood become about abortion? In her famous speech, “The Morality of Birth Control,”  Margaret Sanger said it best, “The church has ever opposed the progress of woman on the ground that her freedom would lead to immorality.”

And there it is. The Church is opposed to freedom for women, concerned about their morality. Remember that “the church” Sanger refers to is the Christian presence in the United States and bulk of the Western world. If you need reminding, the church (Catholic, Protestant, or otherwise) is run by men and operates on the pretense that they are guardians of womankind and are granted this status by an all-powerful creator. They believe it is Eve’s fault that they were cast out of Eden, and they must lord over us, lest we lead them astray again. Without these religiously charged male guardians, who knows what immoral things we women might do? We might be able to vote, wear pants, hold jobs, get an education, make decisions regarding our own health, or God forbid, reach equal footing with men. But how could we wayward wards of the church ever be equal with our guardians? The most effective way is, and always will be, family planning.

Christianity has held that women’s place is in the home as a wife and mother, that is our God-given duty and realm. If we refuse to be brood-mares and man’s carer, we entirely alter the dynamic of the Western world. The Western world is founded on the idea that women are homemakers and men are wavemakers. To throw this idea out the window tears up the very fabric our Western culture is based upon.

The simple truth is that when women are able to plan their families through the use of contraception, they have a lot less holding them back. Without a family to care for from a young age, they may seek higher education, jobs, and a place in the world outside of the house. Should a woman want to be a mother and a housewife, she can do so on her own terms.

Access to family planning techniques are a quick way to help women reach equality with men. That is not what conservative religious institutions want. Men could decide at what age to marry, if they’d like kids, how involved they would be with child-rearing, and whether they’d prefer an education and a job before settling down long before women were able to. Now that we can, conservative religious bodies are continuing to grasp at whatever straw they can find to deny women full power over themselves. Now that abortion is legal and contraception is widely available and destigmatized, women are slowly but surely reaching equal footing with their male counterparts. This is not what evangelists, conservatives, and the GOP want. They are ready to take this away under the guise of serving a higher power and protecting the unborn, for whom they care not after birth.

Built on the old days of complete church (and therefore male) domination, the GOP continues to use God and morality as a grandstand from which to preach their anti-woman rhetoric.

Elysa Sawyer
My name is Elysa Sawyer and I’m a 20-year-old San Antonian, passionate student of biology and reproductive rights activist. I am a Planned Parenthood student volunteer and the Social Media Chairperson for Students United for Planned Parenthood at the University of Texas at San Antonio. In my spare time I like to read, get mad on social media, worry about getting into medical school, and volunteer with fellow social and political activists to educate and support my community. I believe that through political activism and scientific understanding of the world around us, we will find a better future.