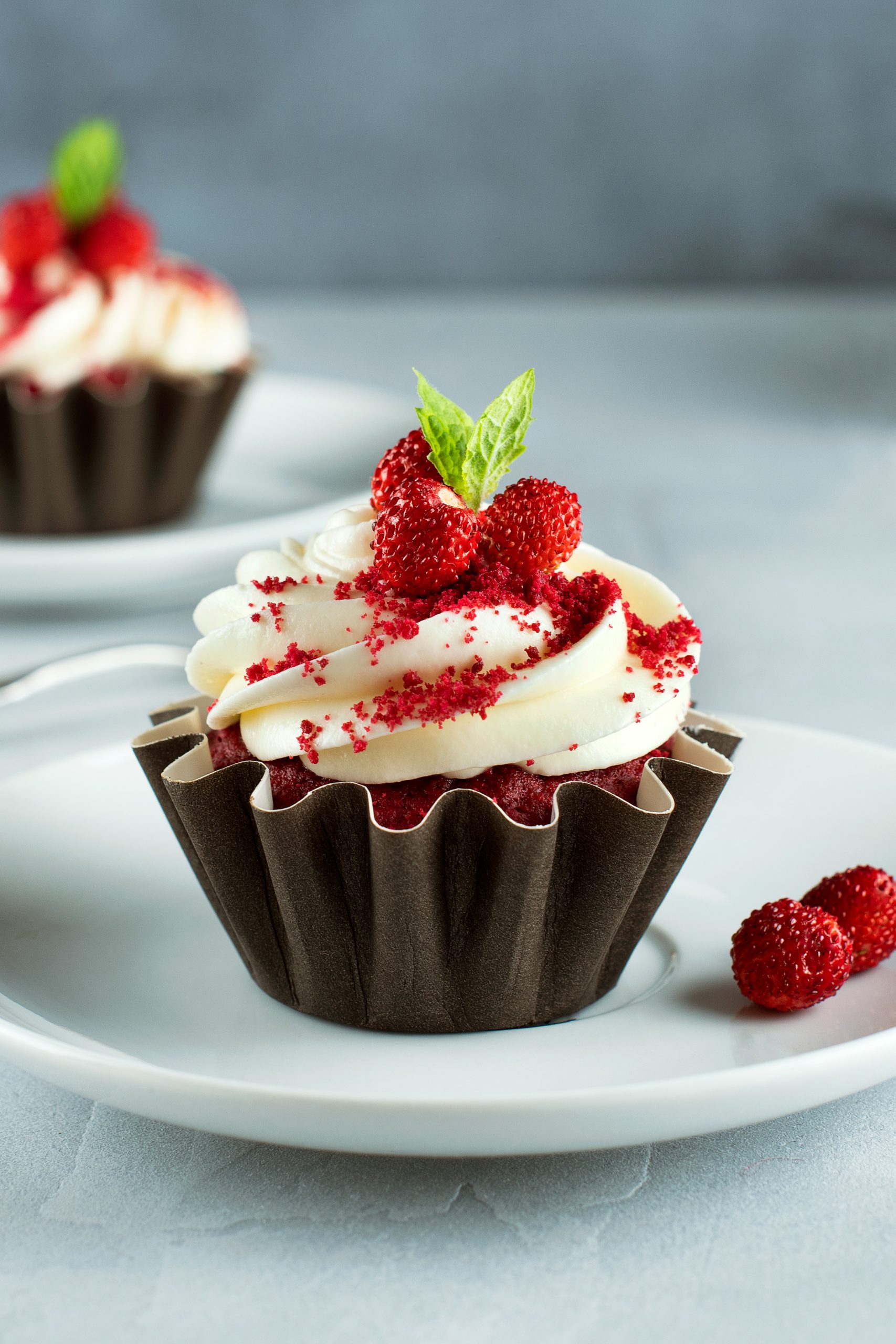 Ravi had his grooming ritual down to a T. Or should he say, down to his dhari. It would take him an hour and a half to get ready for his date. Two if he had to account for his mother Parminder and sister Jazz interrupting his time. Okay, two hours. He could do this.

Step one was to shower. Today, he decided to blast Janelle Monae’s Make Me Feel on full volume. On repeat. He still wasn’t sure how he felt about her Oscar’s performance but this song always riled him up for his shower room rendition. It made him feel… happy. Powerful. Sexy.

“Ravidas, not this ghana again! Turn it down!” Pammie, as his mother preferred to be called by the younger generation, knocked on the bathroom door. She made her way back to the kitchen and the song began sending tingles down her feet as she hopped around preparing dinner – omelets and leftover saag paneer. Today, she decided to grab Ralph’s red velvet cupcakes, Ravi’s favorite. It was a big day for him and while he told her to not be ‘extra,’ she still wanted to celebrate.

“Mama, Ravi fogged up the bathroom again!” Jazz shouted across the house, a phrase Pammie heard every day and would hear as long as the twins shared a bathroom. Pammie did a quick mental calculation – Ravi now had approximately an hour and a half left and would be out in his basketball shorts and thattha in fifty minutes.

Ravi had the unfortunate affliction of sweating profusely when nervous so he didn’t want to wear his date-y clothes just as yet. Plus, drying out his dhari shirtless made more sense as well. Step two then was blow-drying the dhari, which went down to his chest. Ravi thought back to the first time Jamie saw the length of his beard sticking to his neck after swim practice. How he had asked if he could just feel the length of it. It was love at first sight. Well, first touch really, as they had known each other since kindergarten.

But Ravi mustn’t be too lovey-dovey. It was just a first date after all. inner at the Cheesecake factory followed by a movie would be enough. Not for Jazz though, who rushed home to tell Pammie about the date. She had spared very little detail as well, much to Ravi’s horror. Why on earth did she think their mother would want to hear about Jamie’s blue eyes and crooked smile? Or the way Ravi couldn’t stop smiling through lunch?

But Ravi had to brush all the gushiness aside if he wanted to get ready on time. Next up was to get his dhari just gelled enough so that it wouldn’t unravel during the date. Two spritzes of almond oil and three hairpins did the trick, and his dhari nestled beautifully under his chin.

“So, what are you going to wear?” Jazz entered his room and plopped onto his bed. She was perusing through her phone but kept an eye on her brother. He was now tying his shoulder-length hair into a bun that would sit atop his head like a star on a Christmas tree.

“I was thinking of jeans and my blue dress shirt from Zara.” Ravi answered. He did not take his eyes off the mirror as the next step was crucial – the patka cloth had to go over his bun perfectly for him to set his paghri correctly.

“Oh, we love! Black paghri?” Jazz watched him as he grabbed the black cloth on his dressing table. She saw him intently bite into one end of the cloth to hold it down as he wrapped layers around his head. Tying a paghri was always either a calming or stressful part of the ritual for Ravi. It could also make or break this day. If there was one layer too floppy or too flat, he would have to start again and again until it looked just nice and crisp.

“Perfect,” Ravi tucked in the end of the cloth he had been biting on into a fold of the paghri next to his ear. Jazz raised from the bed and stood next to him. They had the same eyes and were still at the same height. Jazz smiled. Ravi smiled. Until she smacked his back. “Ah, idiot, that hurt!”

“Hurry up, you’ve got forty-five minutes-ish until he comes right?” Jazz shouted behind her. She entered the kitchen and saw Pammie arrange the cupcakes into an exclamation point on the kitchen table. “Mama, way too much. He said not to do anything.”

“They’re just cupcakes. It’s his first date. Plus your father will love some after work as well.” Pammie smacked Jazz’s hands away from grabbing one. “Let Ravidas have one first.”

“You think he’ll eat before his date?” Jazz managed to swipe a generous helping of cream cheese frosting before Ravi panic ran into the kitchen area. Still in his basketball shorts.

“Mama, where is my blue Zara shirt? It’s almost 5:30.” Ravi paced around the kitchen area for a few seconds before noticing the cupcakes. “Mama!”

“I told you.” Jazz rolled her eyes and grabbed the point on the exclamation point. Now it just looked like a line of cupcakes dividing up the table.

“I just thought it would be nice! It’s a Thursday, Ravi. We can celebrate the weekend early. Also the shirt is in the laundry room.” Pammie moved one cupcake away from the rest and it looked like an exclamation point again. Or the letter ‘i’ from Jazz’s point of view.

“It’s cute.” Ravi smile and leaned in to hug his Mama before jolting away abruptly. “Oh my god, are you heating up saag right now? Mama! I don’t want to smell like saag.” Ravi ran to the laundry room to grab his Zara shirt and returned to the kitchen with his shirt tucked under his left arm and his right hand armed with a Febreze spray.

“Don’t be so dramatic. Jamie knows we’re Punjabi.” Jazz’s hands reached for another cupcake but Pammie slapped her hands away again. “Mama! I was just…going to ask if we should pack one for Jamie..”

“No, no, no.” Ravi immediately protested.

“Oh Beta, that’s a cute idea! Everyone loves red velvet cupcakes,” Pammie said as she started looking around for tupperware.

“Mama, no. It’s so lame for me to bring a cupcake to the Cheesecake Factory. Please, God, no.”

“Sorry. Shoot!” With that, Ravi ran to his room and quickly wore his jeans and blue Zara shirt. To tuck it in or to leave it out. Definitely leave it out. What about pulling up the sleeves? Two folds up. Okay, last step was the perfume. Burberry or Calvin Klein? A little bit of both. Okay. He was ready. Okay.

Ravi stood frozen in front of his mirror. He was ready for sure. But he couldn’t move. He started feeling like everything he was wearing was all wrong. The blue Zara shirt looked too fancy. His jeans looked too faded. His paghri was done too well. Oh god, was that a pimple above his dhari? It was all wrong.

“Ravi, you have like five minutes left. Why are you staring at yourself?” Jazz let herself in once again. She saw Ravi’s breathing quicken and stood next to him in the mirror again. Same eyes. Same height. “Dude, it’s just a first date. Chill.”

“I know. I can do this.” Ravi kept staring at himself in the mirror, and then looked at Jazz, which caused them both to erupt into a huge laughter. It was silly. It was just a date. He could do this.

“Ravidas, beta, I think you should sit down.”

Pammie sighed and passed Ravi’s phone to him. “Sorry, I didn’t mean to look at your phone. It just kept beeping and I saw the notifications.”

Ravi quickly scanned through his phone and saw two-missed calls and a message from Jamie.

Hii!! I’m SO SO SORRY to do this but can we please reschedule? I just realized I have a lot more work to do for the English essay as it’s due tomorrow!

I’ll make this up to you! Promise!!

Ravi slumped into a chair and dropped his phone on the table. Jazz grabbed his phone and rummaged through the texts.

“Aw, Ravi.” Jazz reached her hand to touch Ravi’s shoulder but he pushed it away. “Jamie should have really planned this better but it’s okay. You’ll reschedule!”

“It’s fine. This was stupid.” Ravi got up from his seat and walked back to his room. Jazz and Pammie looked at each other. This was the first time they had to console him about the perils of dating. But they decided to not go after him. He needed time to mope around.

Ravi laid on his bed, still in the Zara shirt and jeans when he heard a knock on his door. He checked his watch – it was 6:20. Jazz would have just barged right in and Pammie would have called out for his name, which means it could only be one other person. Papa.

Ravi sighed. He didn’t want to talk to anyone right now but he didn’t want to be rude. “Yeah, Papa,” he called out, and Bhirpal Singh entered the room. He was wearing a bright blue Paghri today matched with a white T-shirt, and Ravi couldn’t help but smile. “You look nice, Papa.”

“Ah, thank you beta. Learning from my stylish son.” Bhirpal Singh walked over and sat next to Ravi. “I heard about the date.”

“Can we not talk about it please? I feel so stupid.”

“I was so excited and made a huge deal out of it, and it didn’t even happen.”

“Jamie had to work right?”

“Beta,” Bhirpal Singh put his hand on Ravi’s shoulder. “It’s okay. You were excited. You are allowed to feel disappointed.”

“Did you know Mama and I didn’t meet for months because she kept canceling?”

“Yeah, she had a lot of school work and didn’t like going out. But once we did, it was fine.”

“I’m not going to marry this guy, Papa.” Ravi turned his back towards Bhirpal Singh. He knew he was acting like a child but he couldn’t help it.

“I’m not saying you are. But all will be okay. And you know what helps?”

“Red velvet cupcakes.” Andd with that, Pammie and Jazz entered the room with trays filled with Ralph’s treasured treat. Ravi looked over his head and saw his family surrounding him.

Gen Z And The Me-Too Movement 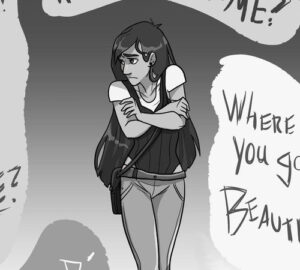