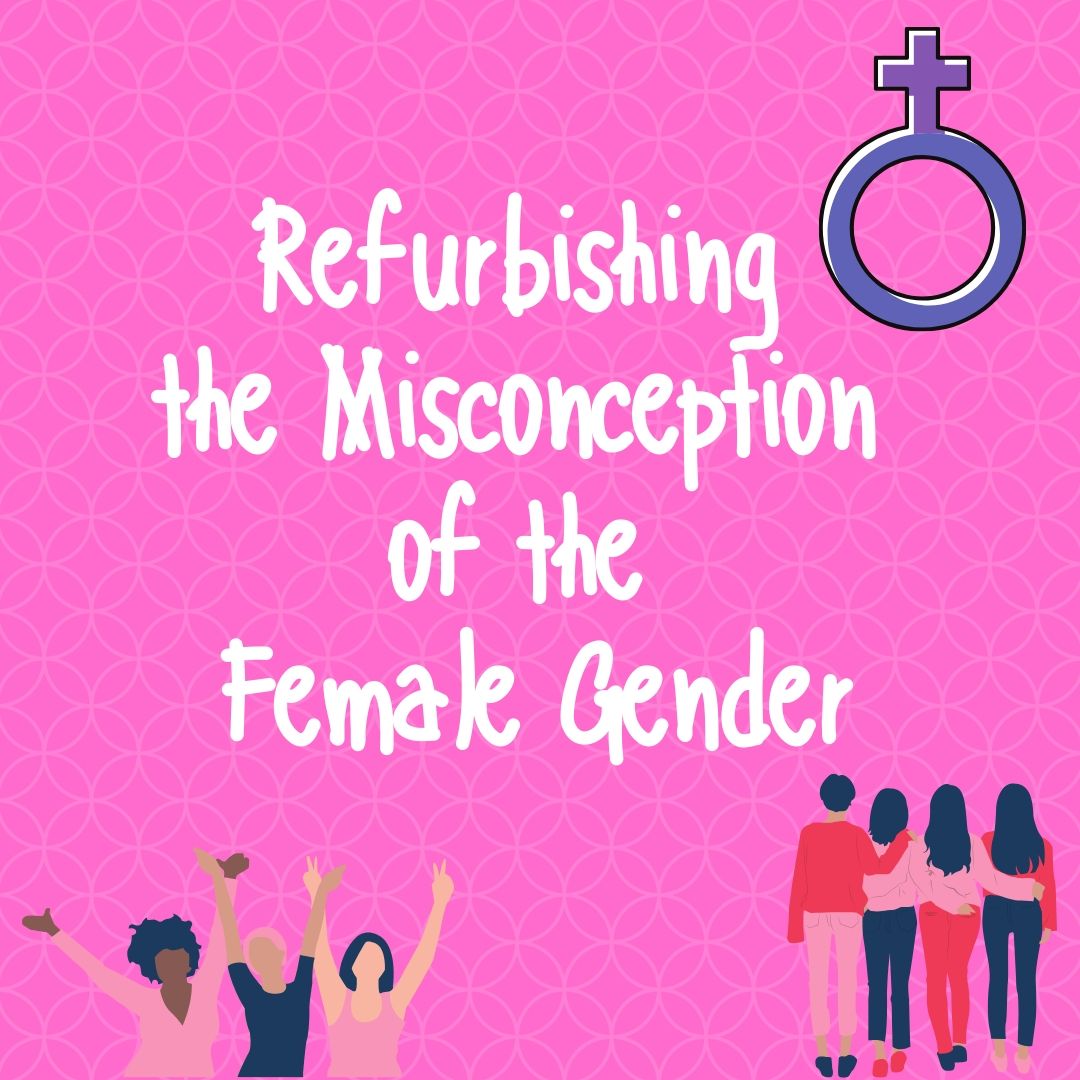 There are many ways to differentiate and divide humanity. Because humans are individuals, and part of that means that humanity is heterogeneous. And human beings are as same as different from each other. So, to establish differences between some individuals and others makes sense and is fair.

In fact, human society has divided itself into as many groups and parts as it could. But the most common and general way could probably the division into genders. And those genders were based mostly on physiological differences between women and men. In that way,  by differencing individuals into genders, human society found a way to understand the differences between each other.

But also, humanity established those differences to set roles.  And that is the reason, at first and for several years, there was a basic division of humanity. Depending on their physiological differences: some individuals had characteristics of the cis-women, and others had characteristics of cis-men. Then, based on that, depending on their gender, individuals have different roles and tasks to fulfill.

In that way, the first idea of women was probably based on the characteristic of bringing new humans to the world. And that was probably the reason the main task for women used to be around giving birth and taking care of those new humans delivered. Well, for the start of humanity and on the first human civilizations, that concept could be correct. But within the development of human beings, that concept missed on the cover of the meaning of being a woman.

The actual problem was that even when the male gender’s concept, definition, and meaning changed and developed with humanity’s evolution, the meaning of the female gender and its conception didn’t. For several years, women were seen as machines whose function was to create, carry, deliver, and raise new humans.  Those new humans were eventually called children or babies. Along with that, another task added was: take care of and serve the man she was supposed to be with.

So, the main conception was that human beings must procreate. That was the reason every male person should find and get a woman to form a family. In that way, for more than sentimental and emotional reasons, the couples existed for race’s survival, and women were needed for that.

Over centuries, the conception was that the women were less than men. They were seen as people that didn’t have much value except for delivering kids, and the second part needed for a couple. And women were actually seen as the possessions of a man or her family. With main tasks reduced to serve others and to hide the apparent embarrassment of being women.

In fact, in many religions and institutions of human society, being a woman was seen as something embarrassing. As a derivation of males, and apparently made for them. In that way, they were seen as a man’s companion, serves, and even goods, also, as beings that didn’t have all the capabilities and that weren’t able to do the same things as males. And those conceptions were a justification for excluding them from social events and for not giving them the same legal rights and permissions as males.

The problem is that even nowadays, it still cannot be said that women have the same rights and opportunities as males. Even when over centuries women have been fighting to be recognized, to be seen as more than a machine, to bring and carry kids, to be seen as more than a product. It was just over the last decade. It may seem that women are getting awareness about the defense of their rights and recognition in the world. But there are still a lot of things to do.

There is a long way to go on. There are still many things to do. Because nowadays, women still cannot even choose their bodies and what to do with it. Also, there are countries where women are still treated as goods. And worldwide, the misconception of women as something to use for just making and raising kids stills there.

The point to start has to be creating awareness about the real meaning of being a woman. But this new conception needs to be understood mostly raised in little girls and teenage girls because they are the ones that can make a change. The responsibility of creating an awareness of a new conception is mostly in our hands. So we need to educate the new generations with a conception of women as strong beings, as intelligent and capable people. And with awareness, the real meaning, and importance that it should have always had.

Read also:
The Workplace Dilemma For Women
Muslim Women And Feminism
Feminist Films For Every Mood

An Open Letter To My Amma

Cop Culture Kills: Police Must Start Prioritizing Values Other Than Manliness And Militarism