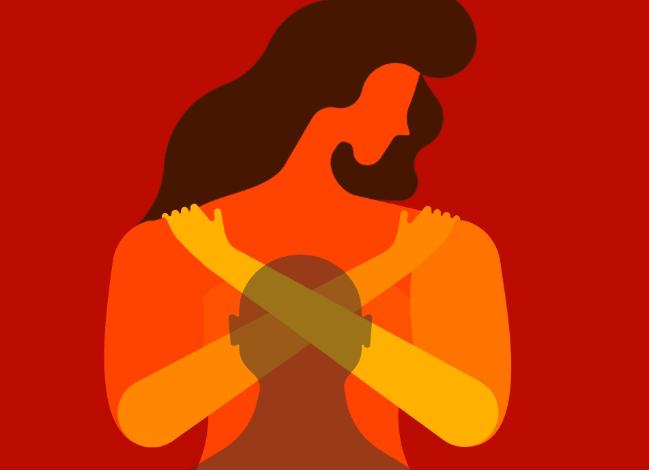 While the Universal Declaration of Human Rights enshrined sexual rights within its documents, they were not as rigorously highlighted in the international debate about human rights at least until the 1994 International Conference on Population and Development (ICDP) Program of Action, in Cairo, Egypt. Since then several declarations have maintained that sexual and reproductive rights are essential human rights and just as universal, inalienable and indivisible. In 2014, the United Nations Population Fund (UNFPA) Executive Director in his address to the United Nations Human Rights Council reminded member countries that sexual and reproductive rights are fundamental human rights. (1)

However, most of these ideas revolve around relatively inflexible medical terms. Sexual rights are almost always defined within the bounds of family planning, pre and postnatal care, and prevention and treatment of STIs. There is also an extensive debate around safe and accessible abortion, comprehensive sexual education, and the prevention of violence against women and girls. The latter is still being challenged by deep-rooted patriarchal structures and obsolete societal norms, and the few declarations on sexual rights and limited UN subsidiaries have only been able to do so much to gain real ground on these issues.

Why is it important to incorporate sexual pleasure as a necessary and recognized part of sexual rights and health?

The progress made in terms of reproductive and sexual rights is only sustainable and effective if we recognize that women are sexual beings, and the fight for sexual rights is not just confined to anatomical or medical spheres but also, about sex.

An attempt at ensuring safe sexual health for women must not erase or ignore their sexuality. So while we know that power and control are usually the variables found to be a culprit in rape or sexual assault, sexual pleasure is seen largely as the backdrop to all sexual violence perpetrated against women. Social and cultural norms, lack of sexual education, and deeply held conservative beliefs about sexuality have passed on misinformation regarding sexual pleasure for women for generations. In many communities, across a large spectrum of regions, be it developing countries or the developed world, women’s sexualities are often viewed, and preferred, as passive while seeking sexual pleasure is seen inherent to men. This limits the discourse around sexual rights for women and as a result, policymaking.

Assumptions about women’s sexualities strictly in biomedical terms also assume that sexual pleasure is NOT an essential part of their lives, while for men it is evidently a priority. This becomes an excuse to avoid the larger conversation about how control over women’s bodies, other than for economic, cultural or religious reasons, is also the prerogative of society’s perceptions of and reactions towards men’s sexual pleasure.

These assumptions lead to dangerously rigid ideas about sex and sexual pleasure that are reinforced within sex education as well or sometimes because of the lack of sex education. Sexual health is about more than STIs, or abstention, but the larger context of sexual health and pleasure is often excluded from sex education. Often the message, either subtly given or explicitly mentioned, is that young girls (and boys) are not supposed to be sexually active. Pauline Osterhoff in her article ‘Sexual health isn’t just about health-it’s about sex too’(4) reveals that this has dangerous manifestations for society one of which is young men turning to pornography to learn about sex.

In other places, with a complete absence of sex education, while myths and misconceptions about sex and sexual pleasure are constructed, women’s health is put at risk because conversations around pleasure are a taboo. If development programs and policies about family planning and contraceptives do not address their effect on their sexual lives and pleasure, any impact of sexual health programs will be limited in nature.

This also means that there is both commodification and commercialization of sexual pleasure and women’s sexualities, and repression of it. These are complicated debates and ideas, further complicated by the disparity between their nature in the global North and the global South. In the global north, the conversation is largely a continuation of the ‘sex wars’ from the 1970s and the contradictory nature of the sexual revolution that all at once claims to liberate women’s sexualities and at the same time objectifies them and traps them within the sole paradigm of this sexuality. In the global south, the fight is still against taboos and myths about sex and the repression of sexuality.

At the same time in all these debates and the entire discourse and documentation of sexual rights, language is of the essence and is often vague and carries with it the fundamental flaw of gender neutrality.

Although some declarations come close to defining sexual rights specifically for women, transgender, and other members of the LGBTQA community, the organizations and bodies behind them are never entirely feminist in nature. The problem with discussing human rights in their universality is that while they apply equally to all human beings, given the unequal social structures in most societies, many groups will require a different understanding and implementation of these rights. It is important to recognize that the conversation about sexual rights and specifically sexual pleasure cannot be gender blind.

Sexual pleasure as a fundamental right is often ignored for groups like widows, people with disabilities, and even the homeless. Policies that are only concerned with family planning, for example, might ignore people who cannot have children (because of their disability or out of choice) and their sexual needs.

The personal IS political.

A larger, more extensive conversation about women and sexual pleasure is missing because in many countries across the world it is still considered a highly private conversation. And so it is. Ideally, if sexuality was apolitical it would be a private conversation. However, everything to do with women’s bodies has always been political. The excuse that sexual pleasure is personal would be applicable in an ideal world where rape, marital rape, forced abortions, lack of access to safe and legal abortions, sexual assault and taboos around a woman’s sexuality did not exist. Unfortunately, this is not the world we live in. Everything personal to a woman is political because the inalienability of women’s rights is not recognized, and they must be demanded, as they have been for decades.

Sexual pleasure, or sex, holds political power. It is often the power that men hold over women, that the abled hold over those with disabilities, that cis-gendered, straight individuals have over members of the LGBTQA community. In supposedly personal spaces, conversations about their sexuality and the need for sexual pleasure are repressed which makes the violation of their sexual rights easier and more likely.

Sexuality and Empowerment have strong links.

To assume that the political power of pleasure(5) has no significant consequence on how these groups within society view themselves as individuals and how they view their broader role in society would be naïve. Sexuality and empowerment have strong links starting from one’s view of self. Greater emphasis in research and policy is still placed on only sexual health without attention to sexual pleasure and that sexual health is determined by the extent to which sexual rights (including pleasure) are respected, protected and fulfilled(6). Sexual pleasure as a recognized right is integral to recognizing women’s political and economic integrity and empowerment. The right to sexual pleasure means control over one’s body and the right to choose what to do with it, and to have a say in allowing or restricting others to be involved.

Women’s intimate relations can be a vital source of empowerment; if they do not have the power to decide this, they have limited control over other aspects of their lives. For example, Sabina Faiz Rashid’s research from Bangladesh found that women were forfeiting sexual rights for other needs such as shelter within their marital relations(7). The research found that many women experienced marital rape and find themselves unable to say not to their husband’s demands even if he remarried for fear of being abandoned and not having anywhere to go.

Any struggle for women’s sexual rights will consequently also act as the entry point for broader social justice issues and cause for mobilization. In Bangladesh Shireen Huq’s research explored how organizations for sex workers’ rights prompted and changed conversations around and society’s otherwise narrow and restricted view of sex and gender(8).

How sex is negotiated between two people, as Chloe Safier put it,(9) can be the cause for empowerment or violation. It reflects the power dynamics in the relationship and as a result the broader distribution of power in societal structures that almost always have political manifestations.

The problem of defining sexual rights through the lens of violations.

A major problem, however, to clearly and effectively understanding sexual rights and pleasure as an important component of it is the idea that violation ought to precede right. As a result of this, the conversation about sexuality remains within the bounds of crimes against it; laws to tackle rape or sexual assault and violence are usually narrowly defined because of their focus on the violation as opposed to sexuality….

Similarly, as Jaya Sharma notes in her chapter of Women, Sexuality and the Political Power of Pleasure, that understanding women’s sexual desires is an important part in tackling violence against them; many women face sexual violence for expressing desires that may be against societal norms or might be considered taboo, for example, corrective rape for lesbians. To wait for a violation against a woman’s bodily autonomy and sexuality to occur before their rights can be recognized is indolent and insufficient because these rights have long been violated; for many women their first sexual experience is violent.

What needs to be done?

But it has to start with dismantling patriarchal and often dangerously misleading societal and cultural norms. This will include tackling the culture of shame and taboos associated with women’s sexualities and sexual desires. It must be understood and enshrined in policy that for women to have healthy sexual lives, the right for sexual pleasure cannot be ignored. This means that myths passed down and manifested through generations must be debunked through thorough and effective sex education that does not simply advocate for abstinence or safe sex but encourages conversations around pleasure, asking for pleasure and the importance of meeting desires, for all genders and social groups according to their specific needs.

While institutional change and assessing laws and policies are important given their political and economic influence on empowerment, there is great need for empowering communities of women to open up about their sexuality, sexual pleasure, share experiences, and encourage other women to join in the conversation about healthy and satisfying sexual lives.

The conversation about sexuality and sexual pleasure is long, requires an in-depth understanding of sexuality itself and depends largely on whose pleasure is being discussed. However, it is a conversation that the world needs to be having. In the many, many decades of human and sustainable development efforts, individual needs like those of sexual pleasure have largely been left out and their significance downplayed. However, the development of the individual and hence societies will be limited or short-lived if individuals are repressed and trapped within limiting and violent sexual lives.