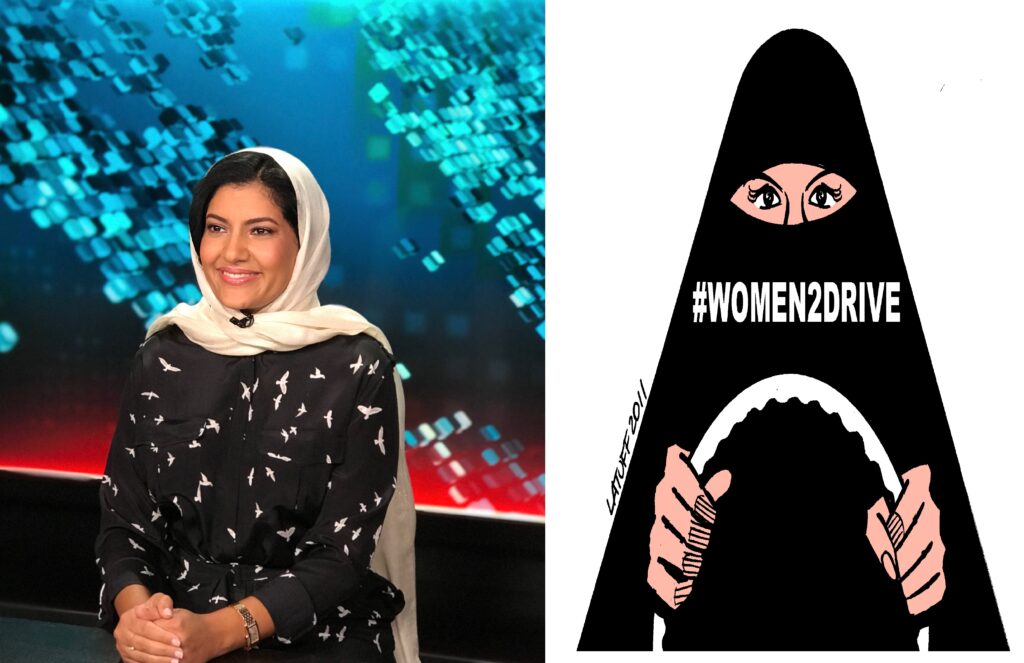 Amidst tensions over the Kashoggi killing, the Saudi government-appointed princess Reema bint Bandar Al Saud as its first female ambassador to the United States in a Royal decree on Saturday. Princess Reema is the daughter of a former Ambassador to the United States, Prince Bandar bin Sultan Al Saud and studied for several years in the US before returning to Riyadh. She has a wide experience working in the private and public sector; she co-founded a women’s gym and spa, was the CEO of several retail corporations and is also hailed as a women’s rights activist by advocating for greater inclusion of women in the workplace among other initiatives for women empowerment.

While Princess Reema might be perfectly suited for this job and professionally capable, this move might also have been another step by the Crown-Prince Muhammad bin Salman to appease his Western backers disappointed by the messy handling of the Khashoggi killing. Since the Crown Prince’s speedy ascend to power, he has reassured Western media of an image of a tolerant and more liberal Saudi Arabia, which everyone bought when the driving ban on women was lifted earlier in 2018 and the prospects of revised guardianship laws. He has promised a revisionist policy stating that Saudi Arabia will return to the moderate Islam it once held. In fact, Saudi Arabia was never moderate or liberal. Analysts believe (1) his reforms are a ‘smokescreen’ to attain a favourable image the Western governments as he buys more weapons from the US to aid in Saudi’s long-drawn war in Yemen.

Evidently, just as the driving ban was lifted, and Uber and Careem (a Dubai-based ride-hailing app) were invited to operate in the country and recruit more female drivers, the ban on cinemas lifted and a surge of concerts and festivals expected, around 60 prominent activists, journalist, and clerics were detained in a pattern of ‘systematic arbitrary arrests and detention’ (2). Several human rights groups including Amnesty International have alleged that Saudi government tortured and sexually harassed a number of women activists detained since May 2018 including women’s rights activists Nouf Abdulaziz and Maya’a al-Zahran (3). Muhammad bin Salman’s vision for Saudi Arabia seeks to portray women from the royal family or even middle-class Saudi women who support the regime and its previous and now transformed patriarchal ways as the forefront of the new feminism in the kingdom while detaining the real voices of dissent and social and political change.

Nonetheless, economic reforms have been promised under which the lifting of the ban on driving comes as a more pragmatic move. As low oil prices put a strain on the Saudi government’s budget, the government, in an attempt to reduce social provisions is seen trying to push more men and now women into the private sector which inevitably will bring some, if not entirely sweeping, change in the social structure as more women are inducted into the workforce. At the same time, the political control that the royal family has and now concentrated in the hands of the young crown-prince seems reluctant to allow any space despite the social and political cleavages forming especially through the advancement of the feminist movement, even with rampant arrests of activists.

While some might see Princess Reema’s appointment as merely a PR or economic move, with little or no real impact on the involvement of women in politics in Saudi Arabia, it is the start of something. And even though Princess Reema hasn’t been entirely vocal on the arrests of female activists, her appointment to such a high ranking diplomatic position, including her political background, will not go unnoticed within the patriarchal bounds of Saudi society. How far it is likely to change the socio-political conditions is still difficult to estimate simply because the regime can not expect to introduce economic reforms while allowing limited social reactions and political developments. Economic, social and political change often intermingles and sometimes is reactionary to one or another: The kingdom might not be able to restrict its own version of feminism and women empowerment to selected elite circles for long.

Tweet
#activistdetained#drivingban#MuhammadbinSalman#PrincessReema#SaudiArabia#womeninpoliticsfeminism
Previous Article“ISIS Brides”: Guilty And Criminal Or Innocent And Brainwashed?Next ArticleWhy Is It Always “Her” Fault?

Colorism And Anti-Blackness In The Asian Community 10893