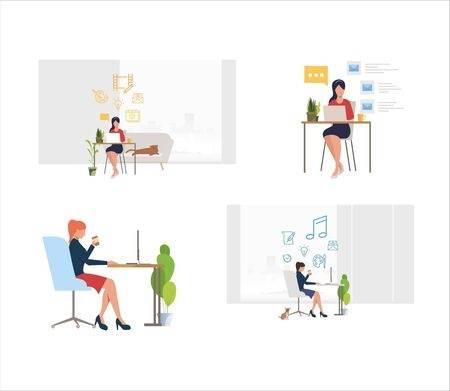 I have been working as a freelance contractor in the increasingly large gig economy for five years. I have been a dog-walker, babysitter, nanny, and when needed, a personal assistant. My pay has always been determined on whether or not I could find a gig to bring some money in. One of the best gigs I was ever able to secure was as a bartender at local music festivals. The work was seasonal and was about one weekend a month for four months. Not a gig I could rely on longterm, but the money was great when a festival was in town. I found this job on Craigslist (red flag number one) and took my roommate with me to meet the festival’s organizer. The organizer was a man in his 60s who suggested we meet a bar to discuss the job and what all it would entail (red flag number two).

At this point, neither my roommate or I was too concerned as we were quite excited to work our first festival and bring in some money. The first few festivals were great. My roommate and I worked the same beer booth and brought in more tips than the other tents. We felt great and were able to pay off some really big bills and expenses we had been saving up for. Then something strange happened, we were taken off of the upcoming festival schedule and weren’t even contacted to work it. Upon realizing this, I reached out to the man who gave us the job.

When I asked him why we weren’t put on the schedule his response was “Maybe if you and your roommate sent me some hot pics, then we can make something happen?” Rightfully, I reacted in disgust and told him that that would never happen. As a result, we were blacklisted from any and all music festivals that this company organized.

Our story is not unique. With an increase of contract workers as our workforce pushes us further into a gig economy. The issue presented here is how do you protect these contract workers who live gig by gig from sexual harassment such as depicted in my personal story.

63% of women have indicated that gig work is their primary source of income. This is a large portion of the female workforce putting themselves at risk of increased sexual harassment and decreased protection from employers.

In a survey done by HoneyBook, 54% of freelancers have reported sexual harassment on the job while 87% said they never reported the incidents because they knew their claims would be ignored.

It is hard to decide on a clear solution, and harder to implement any solution but as consumers of products of freelancers and contract workers, there is something we can do. We must demand accountability from the employers of those contract workers. We must make it clear that we will not support a company who does not strive to protect their employees and reported cases must be taken seriously with enforced repercussions.

My story is not unique, but it does not have to be the norm either.

Megan is an early childhood educator located in Jacksonville Florida. She is passionate about education and feminism and hopes to use her passion to reach out and educate as many people as possible.