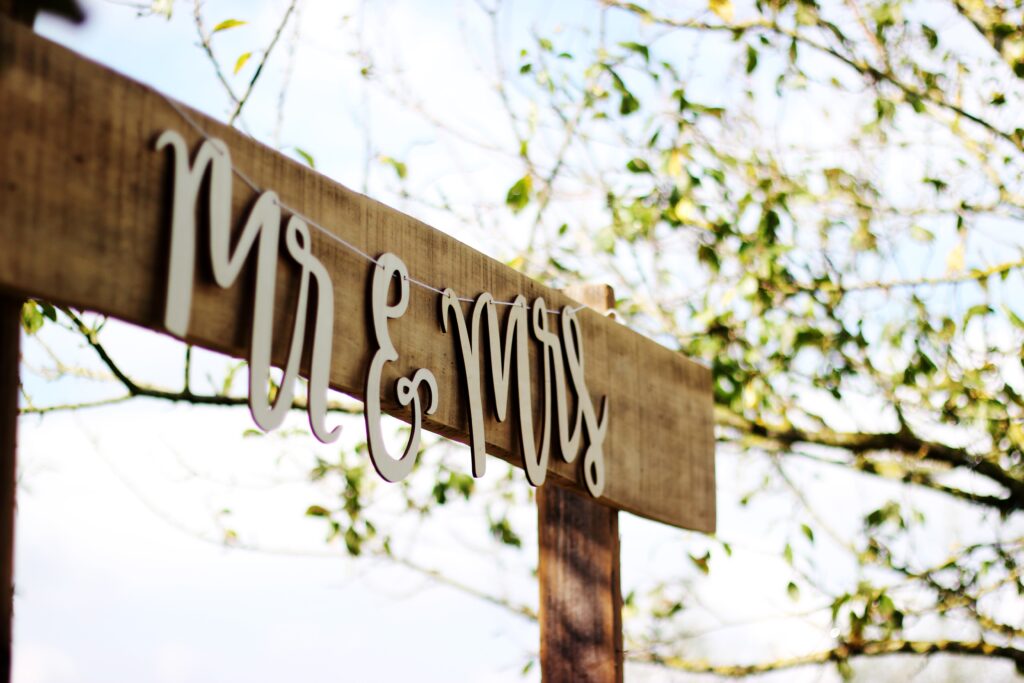 Under a 9th century doctrine in English common law, women were considered property instead of independent people with legal identities. A woman was her father’s property first, then once married, her husband’s. Because of this transfer, she would take her husband’s name upon marrying him, showing that she belonged to him. In today’s day and age, it is still normal (and often expected) for a woman to adopt the last name of her husband despite the patriarchal foundations of this norm. So, why are women still taking their husbands’ names? Should they continue to do so?

In today’s society, a woman is legally a person with a right to property, a right to vote and the right to work in any profession. With all the progress we’ve made, we might expect it to be common for women to keep their names. However, the majority of women choose to change their names after getting married. In fact, a Google poll revealed only 20 percent of women changed their last names in 2015. For many women, having the same name as her husband is symbolic of their union. Yet for others, there isn’t even a process of consideration, since it’s normal and “everybody” around them does it. Unfortunately, those who do veer away from the norm and keep their name can expect to be treated more harshly by those who subscribe to traditional gender roles.

While having the same name can create a sense of unification between married couples and can provide practical benefits, it is worth noting that these benefits would still exist if the husband chose to take his wife’s name. Yet, this is an incredibly rare occurrence. In fact, it isn’t unusual for a husband-to-be to express hurt at his wife rejecting his family name. On the flip side, it is common for a man to recoil at the suggestion he change his name to hers. In part, stereotypes are to blame, with society deeming men less masculine and weak when his wife chooses to keep her name.

What’s the big deal? Why would a woman want to keep her name anyway? A woman would’ve likely lived with her name all her life (with some exceptions, of course). There are a number of reasons a woman would want to stick with her last name. For one, her achievements sit under her name and she may have built her career around it. Furthermore, she may not wish to give up the name that connects her to her family. Losing their last name can leave some women dealing with a sense of erasure. Why is it that her partner can keep the name he’s always known and grown up with? The new name announces her as his wife, yet her old name (to her) may represent the more significant aspects of herself since she’d always had the name. It stands as a part of her identity.

Unfortunately, things aren’t easy if a woman does choose to keep her name. If she decides to have children, it may be (and often is the case) that the children will take their father’s last name. Women have come forward explaining how they must provide evidence to prove they are the mother of their children when holding different names (for example, at the airport). Since mothers devote their time and energy into their children, having different last names may cause some feelings of disconnect.

Some women have found a solution that is fair. Many couples now double-barrel their names after marriage. Although, having two long and incompatible names could render this a terrible option for some couples. Likewise, can double-barrelling really become a permanent solution? If you had a child, he or she would have your hyphenated surname. Would they then be required to double-barrel with their partner? In which case, are we going to wind up with a string of hyphenated names? Perhaps not. Perhaps this is a workable solution. Either way, it affirms the union between two people without privileging a single person.

As a society, we need to rethink our traditions and acknowledge which ones are born out of strong patriarchal ideas. Keeping with this current tradition without critically dissecting it means we are failing to acknowledge a double standard that has existed in our society for a long time. We also need to acknowledge how this tradition impacts same-sex couples, who have no norms regarding last names after marriage.

If a woman is getting married, she should remember she has a choice and we, as a society, should allow her to make that choice. Some women may wish to continue with the tradition, but the question of whether she keeps or changes her last name deserves some thought since we accept – too blindly and readily – what has been put here by a society that once thought of women as nothing more than property.

5 Reasons Why You SHOULD Date Indian Girls 14914

Colorism And Anti-Blackness In The Asian Community 11331