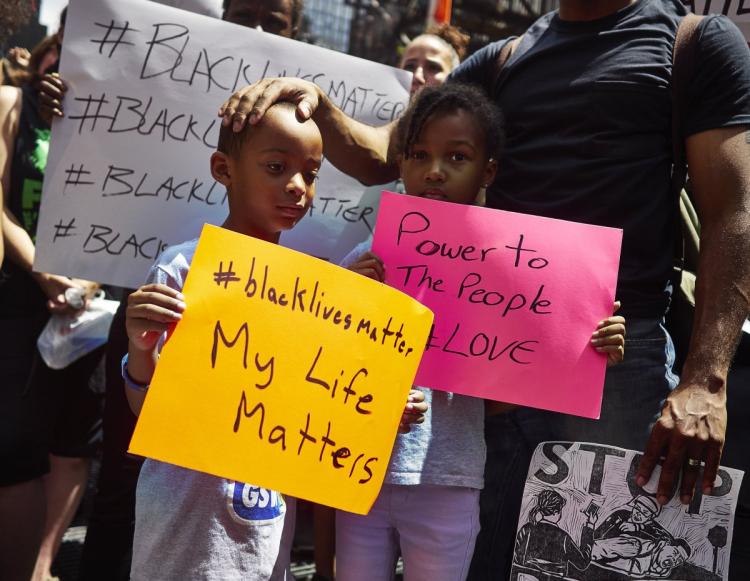 As you have all seen there have been empowering and fervent protests against the second amendment which have taken hold across the USA, mostly led by passionate and politically aware students who have desperate and motivating pleas to amend gun laws so they can feel safe in their schools. These protests have been student-run but have been granted huge support from the media and celebrities, many celebrities have pledged their support to this cause through attending the rallies and posting pictures on social media.

However, rightfully so there have been questions raised by members of BLM who wonder why celebrities such as Selena Gomez have so openly pledged their support for this cause yet remained silent/ undecided about BLM. Gomez’s notorious tweet where she stated that supporting ‘black lives matter’ meant ‘picking sides’ has constantly resurfaced by people who note her hypocrisy in saying this but used the hashtag in support for the march of our lives. (see notorious tweet below). 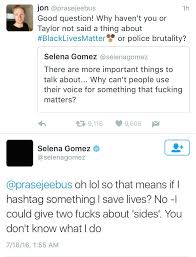 But of course Selena is not the only one of these celebrities.

Frustrations arise from many black live matters supporters who state that both movements are demographics suffering from gun control, both organisations have faced the devastating effects of guns yet why is BLM still treated with doubt and suspicion, and see to be controversial, fighting even for legitimacy within liberals  whereas March for our lives is applauded and have media’s fervent attention.

The highlight of this difference is in no means a way of discrediting the March for our lives movement at all, it is just expressing the different attitudes to movements depending on the race/ demographic. Many people have stated ‘why does everything have to be about race.’ However, whilst racism still exists it is a brute fact that lots of things are about race and therefore have to be about race.

Frustration occurs because many BLM supporters see it as the fact that march for our lives is affecting white people and not minorities is why it is treated as a legitimate cause. It is not about the fact that MFOL is about both white and black people it is the fact that it is seen that a majority black movement isn’t treated with the same legitimacy and seriousness.

The classic response to this whenever it is brought up is ‘black lives matter is more controversial due to the violence associated with it which is why celebs are less comfortable with associating themselves with it,’

I have two responses to this

Firstly, it is just like feminism don’t let the minority of ‘feminazis’ who don’t represent the causes’ true beliefs deter you from the cause, it is not that hard supporting a cause such as BLM  but then defending its true wants and the fundamental reason for the need for a black lives matter movement when asked why you support the cause.

Secondly, other celebs such as Beyonce whose music formation ‘formation’ was an ode to the movement support this movement wholeheartedly as they know what the moral thing is to do.

I’ll end with this quotation  ‘If you are neutral in the side of injustice, you have chosen the side of the oppressor’ which seems to sum up the theme of this article.

Everything Wrong With “Bride & Prejudice”