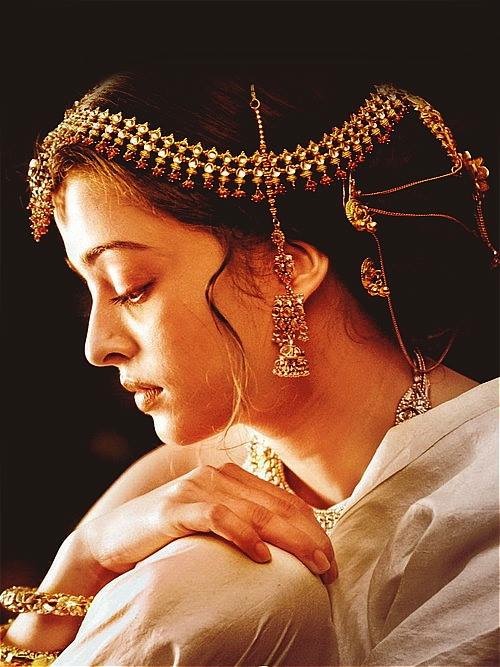 Being a brown daughter carries such weight. It holds shackles, it leaves burdens on the shoulders of daughters who only want to be free.

Every brown girl has a different experience of what it means to be a brown daughter but after speaking to a few of us, the foundation stays the same.

We learn to walk as though walking on glass, we learn when to bite our tongues, we learn to serve, we learn to place every man above us, we learn that when our fathers eyes go cold, it is time to disappear and when our mothers voice raises, we tighten our lips and learn her ways.

We learn, eventually or maybe even at a young age, that this world was not made for us, that we do not have a space at the table. We carry our mothers burdens, the same burdens our grandmothers placed on our mothers shoulders and learn to be afraid of our fathers anger, the same anger his father taught him.

Our tender hearts break at the hands of those who have been placed here to love us, for us, but do they know who we are? Do you know who your brown daughter is?

Most do not, most brown daughters learn to become the woman her family desires at the expense of her own freedom, own happiness. Or, we learn to live dual lives. The woman in front of our families and the woman outside the home. And yet, the fears lives inside. What if they find out I am not the woman they think I am? What if they find out this is me, what if an aunty sees me? What if tomorrow they decide to get me married off? What if, what if, what if?

Childhood, some of us have none. A brown daughter is treated like a woman the moment she bleeds, no matter how young. A brown woman is born into this world, with burdens already on her tiny shoulders. Her life already planned out, her fate already sealed.

A brown woman who does not upkeep her families honor, who does not obey the rules of the home, who does not submit, can face ostracism. The punishment for wanting to just be, can be death. What does that say about how we view our brown daughters? Do we view them as human beings or as animals we grow, only to be slaughtered at the right moment?
We learn to understand, we always try to understand why. Why our mothers have bounded our hands by honor, why our fathers cannot hold us. We learn, we understand, we understand but we have every right to be angry too. Who decided to tie honor, the “izzat” in between our legs and place the burden of the home on our barely grown shoulders? Who decided it would be the brown daughter? Who?

A brown man does not live the same way a brown daughter does. No, he does not. You raise your men as though they are kings, sons of kings and you raise your daughters as though they were only meant to be slaves. You expect your brown daughter to tie herself to the four walls of home, to you but you open the doors wide for your brown son to fly, wherever he wishes, whenever he wishes. You expect your brown daughter to always find her way home, to always place her head at your feet but you close your eyes to whether or not your son makes it home before the sun rises. Does he not carry your name too? Does he not carry shame and honor too? His freedom you give him, the moment he is born into this world. The honor and shame is placed on her vagina the moment she is born into this world. Every brown daughter, I am so sure, as at least once, at least once, wished she was a brown son.

The freedom, the sweet freedom a brown man carries, is the kind of freedom a brown daughter can only ever dream off.
What hurts the most, the most, is when a brown mother, who has faced the same wars, the same trauma, maybe even abuse does the same to her brown daughter. Most, if not all, brown mothers have been through some trauma, some abuse and wars. We, as brown daughters, understand that, we are shown the blood, the hurt, the pain, we are told of it, but it is not okay that a brown mother passes it down to her daughter, it is not okay that we become the bearers for our mothers. It is not okay that a brown mother expects her daughter to be like her once upon a time. Timid, quiet, submissive and accepting. When it is what made her lose herself, it is what made her bitter, it is what caused her trauma and she knows, a brown mother knows it will do the same to her daughter and yet, and yet, she tells you, to stay quiet, to fit into this world made for men, to accept your fate, to keep your legs closed and your tongue tied.

A brown mother sees her brown daughter as a mirror. A second version of herself, to live out her unfulfilled dreams in every way. She knows her daughters strength, for she had to carry such strength herself but she will expect her brown daughter to swallow the poison she was once fed and not make a sound when she comes with the shackles to be tied around her daughters ankles. She sees the light go out in her daughters eyes but she sees it as best, even when she knows how it felt when her mother did the same to her, when she knows what it is like to walk around with chains instead of anklets.

And it is not fair, it is not fair, nor is it right that she sees her daughter and throws her trauma in her daughter’s hands. She places her abuse like a pot to be carried on her daughters head and ties her wars both won and lost around her daughter but then… doesn’t allow her brown daughter to fight, to fight, to win, to fight the men that keep placing the honor of the home on her vagina. Because to her, women are not warriors, we were not made to carry the swords, we were… we were, but our strength lies in walking silently, in crying quietly, aching only at night.

My mother says, my mother says, “a woman only leaves her home in red or with a white sheet over her.” I am only ever given to a man, as freedom. Or to death, to give me my freedom.

Which should I choose? Which should the brown daughter choose? Which poison would be easier to swallow? Freedom is never a choice, even when it is a given right, it has to be fought for, at the expense of losing a home, of tearing a home to pieces.
Brown mothers are one of the strongest women alive, truly, the strength they carry knows no bounds, their eyes have seen horror, their hands have lived through wars and their skin looted by men over and over and yet, it is a twisted kind of funny and painful isn’t it? How they willingly they let their brown daughters suffer all the same.

A brown daughter is taught to give up every dreams she secretly harbors so her family will love her, ah, love, how we have learnt to beg for that too. We do anything, anything, just so our value as a daughter does not decrease, just so, the love does not disappear because oh how it can, it can. Love, for a brown daughter, comes with conditions and if those conditions are not met, we are not given the love that is rightfully ours, we are not. We have to work for it. Look beautiful, dress modest, serve, clean, learn to hold your tongue, speak only when spoken too, become a shadow, study what you are told, marry who you are shown. That’s it, that’s it and you are loved. It sounds so easy, so easy but alas, we are not dolls nor puppets but alas, that is how they see us.

You name us after goddesses, yet you scrub the floors of temples when we come. You say as long as you raise one daughter right, heaven’s gates are open to you and yet you raise her in a cage.

A brown daughter knows the strength flowing in our blood but is it a curse or blessing when it is the same strength that has made it so okay for the world we are born into to treat us like dirt instead of the heavens we are, instead of the goddesses we are?

What a daughter you have, what an angel whose wings you clip before she can even walk.

What a daughter you have, what a goddess who you curse at when she slips and yet, she serves you just the same.

What a daughter you have, what a light she carries when she is given to you, and yet, the same light you begged god for, you extinguish in one blow because it is too bright for you.

What a daughter you have, what a woman she is.

She, carrying the strength of all the women before her. She, the living country you came from.

And yet, and yet, you tie her to you as though her only space in this world, is behind you.

And yet, and yet, you curse her lands, drain her rivers, cut her trees, burn her flowers and paint her every color you wish.

And how could you, my friend?

Does anyone ever thank the sun for shining?

Does anyone ever thank the moon for giving?

Does anyone ever thank the stars for blooming?

Everybody forgets, everybody looks away.

And yet, she shines anyways.

And yet, she gives anyways.

And yet, she bloom anyways.

What a daughter you have,

What a daughter you have.