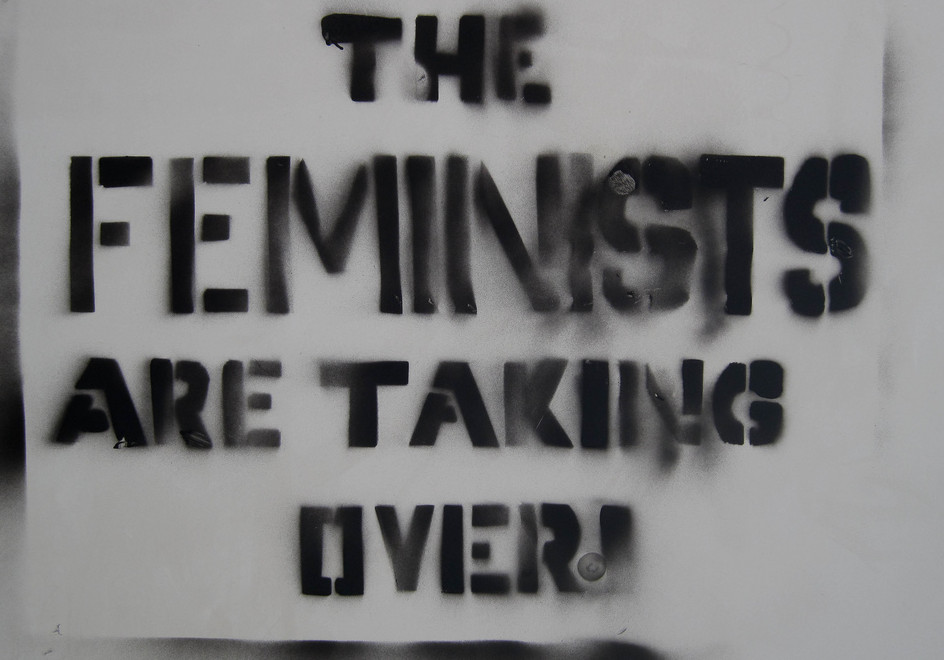 In 2012, a movement now described as fourth-wave feminism placed issues such as sexual harassment and casual sexism at the forefront.  While the past six years have witnessed great advancements for women, the feminist movement has also come with bitter opponents. Women.

Recently, the Women Against Feminism Facebook group, with their slogan “Keep Calm and Destroy Feminism,” has garnered over 16,000 likes in the span of a few months.  Citing the supposed “toxic culture” of feminism, anti-feminist women have listed their grievances stemming from feminism and popularized the catchphrase: “Feminism is cancer.”

Many women recognized that feminism was helpful back in the 1920s, but asserted that sexism essentially disappeared when the 19th amendment was ratified and women were granted the right to vote.  To anti-feminists, once women were legally equal, gaps between the sexes were a result of laziness, not invisible barriers that should grant women entitlement. 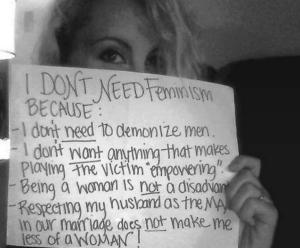 Perhaps the most popular argument against feminism is that it places too much emphasis on women’s rights and undermines the rights of men.  This goes to show just how divisive the battle for feminism has become— and, largely, how misunderstood the term is.

Many argue that feminism (emphasis on “fem”) should be called humanism, egalitarianism, or something that includes both sexes.  However, if women’s rights aren’t specifically highlighted, there is no solvency to the discrepancies between sexes that still occur at a systematic level.

But whether or not everyone agrees on the definition of feminism, it should be understood that feminism is an inclusive movement, one that accepts all people of different backgrounds.  This inclusiveness falls under intersectionality, another characteristic of fourth-wave feminism.

Therefore, as a feminist, I speak up for everyone who faces injustices in society.  I also believe that women have the right to choose if they want to be a stay-at-home mom, an independent businesswoman, or, you know, anything they want to be.  With the endless options and choices, feminists like myself fight for all women, including the women against feminism.

Let’s be clear.  Women, you are completely free to reject feminism.  The feminist movement was built on the foundation that women should think independently and not be swayed by the opinion of others.  Thus, I support the right to hold differing opinions and to express them on pretty posters on the public forum. Your perspective, too, is valuable, and I say that even if you oppose feminism.

Just like every political or social movement, modern feminism has been characterized by certain flaws.  Protest and deviance are both essential to reforming and improving movements and their intent. However, in my opinion, attacking other women for fighting for equal rights may not be the best way to go.  Regardless, if women are passionate about protecting their sons over their daughters (a.k.a. perpetuating the status quo), I’m in no place to tear them down. 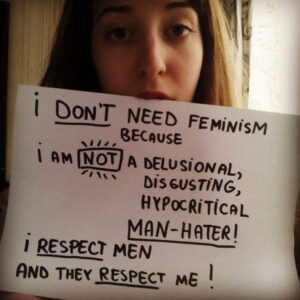 And while I respect the decision of women to be anti-feminists, I can’t say that I feel the same way. Today, I still need feminism because I want equal opportunity for equal pay, accountability in cases of sexual assault, and increased access to reproductive healthcare.  I want to see more women on Capitol Hill so that my interests can be represented equally compared to my male counterparts.

Although I’m not persecuted on the streets for being a woman, I need feminism because I remember that not everyone has it as easy as me.  Because female genital mutilation, the act of cutting off and restitching female genitals, is happening to girls as young as 5 months old and is still practised in 29 countries. Because more than 100 countries don’t protect women against marital rape, and still allow child brides — some as young as 6 years old.

I need feminism because infanticides, the act of killing children within a year of birth, has resulted in millions of fewer females than males in Asian and Middle Eastern countries and because women in countries such as Afghanistan are still being stoned to death for “crimes” like adultery in the absence of judicial review.

To me, feminism is not about my individual experiences, wants, and needs, but rather what societies need as a whole.  It’s not about shaving body hair, writing “Men are trash” on Twitter, or calling all anti-feminists “misogynistic pigs.”  Feminism doesn’t tell women to look or behave a certain way, it means women should have the freedom to look and behave however they want — unapologetically. It is not about telling women what they need. 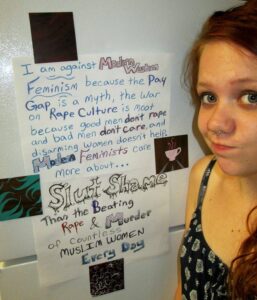 So to all the Women Against Feminism, if you ever face discrimination in the workforce, are ever assaulted by your partner, and you realize how difficult it is to be told to “take responsibility” for violence that has been done to you, feminists will still be here for you.  If you ever decide that you need an abortion, or access to contraception, we’ll continue fighting for your right to treatment because you are a human being who has agency over your own body.

Until then, feel free to continue posting about how feminists are cancerous to society.  It’s a good thing that decades of feminism won women the right to express their opinions without fearing their safety.  And as the 16,000 Women Against Feminism continue to list their grievances, feminists will continue taking to the streets and fighting for all women’s rights and choices.